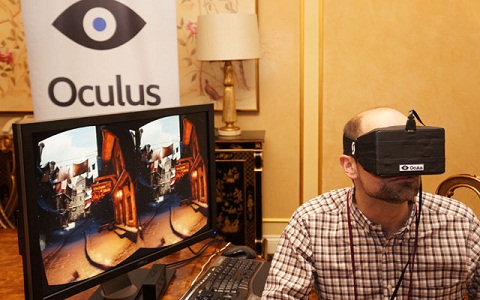 The video game industry is a constantly evolving field, with more than $90 billion a year at stake. While the gaming industry continues to look for innovation, many of the big draws for modern games have started to become stale, and gamers seem to be getting restless. The big manufacturers are at a crossroads, and the future of gaming will require a revolution to take the industry into the next generation.

Gamers like to be able to compete and they like to share their gaming experience with their friends. Twenty years ago this meant gathering all of your friends together in your living room and playing with your friends.

Modern gaming strives for the same result, only now, you don’t need to be in the same room to play with someone else. With very few exceptions, games for the latest generations of consoles and PC hardware are designed to be played online at some point. Whether the online feature is meant to be competitive, like FIFA 2014, or cooperative, like most MMORPGs, no modern gaming experience is complete without an online option.

In fact, the desire for additional bandwidth to allow gamers to play online with little interruption or slow speeds has been one of the reasons for the steady rise of high speed internet available to consumers. The problem is that now gamers expect to be able to play their games online, and this is no longer a viable selling point.

The Desire for Immersion

Ever since the very first role playing game, gamers have been searching for as much immersion as possible. Games like EverQuest and World of Warcraft were a nice break from the real world, but the fantastical elements of those games made full immersion difficult.

On the other hand, SecondLife and The Sims offered players an opportunity to escape to a virtual world that more closely resembled their own. All of these games are so compelling that they have caused a sharp rise in the number of people reporting video game addictions, yet the number of players continues to rise every year.

Modern games help players with their desire for immersion through the development of more and more realistic graphics and plot lines that grab the player’s attention and won’t let go; however, there is a limit to what console platforms can handle. Photo-realistic graphics may have been the goal of this generation of consoles, but that level of immersion still seems a long way off.

If the features that made the modern video game market are beginning to show their age, what is the next step? How does the market grow? The answer lies in brand new technology that was not developed by any of the gaming companies, which is why it is so revolutionary for the industry.

The development of virtual reality technology at the consumer level is where the next generation of video games is headed, and you can participate in the revolution as it happens. The Oculus Rift already has a price point that consumers are willing to play, and the number of titles that are compatible with the technology grows every day.

The announcement that EverQuest Next would be compatible with the Oculus Rift shows that developers are merging those ideas that made the modern gaming industry so robust (like the online and immersive aspects) with the latest innovations.

The next five years are going to be an exciting time to be a fan of video games. With virtual reality becoming the standard for the industry you will see and experience new games that were only a pipe dream a few years ago.

The Cloud and E-commerce