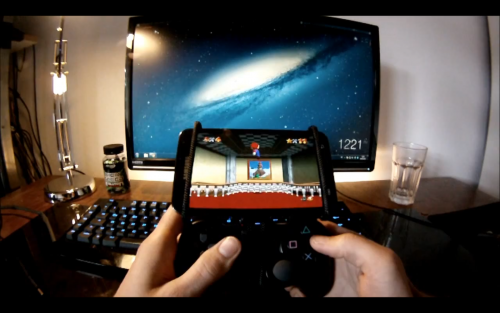 When you think of technology and innovations within that sector, what comes to mind? For many of you, visions of SaaS, the Cloud, GPS, Bitcoin, Google Glass, BitTorrent, Napster and other technological marvels are what you first picture. You might think of the vastness of the Internet or how now there’s a watch that can send “copies” of your heartbeat to your friends. These things are all certainly marvelous, but one of the markets that so rarely gets the attention it deserves, in terms of technological achievement, is entertainment.

On Demand and DVR

When your parents and older friends were growing up, the idea of having almost a thousand cable channels was a joke. Many people grew up with a few dozen, at best. Maybe a few had more because their parents could afford the expensive tier of cable subscription. Now cable packages include not just hundreds of channels that never go off the air (raise your hand if you remember the brass band playing America the Beautiful over the loop of the United States’s flag blowing in the wind) but programming that can be accessed at any time.

A quick look at http://www.direct-ticket.net/directv-on-demand.html, for example, shows us that for the same price our parents paid for a few dozen channels, we can now access whatever sports programming, movies and other television shows we want…whenever we want them. All hail the glory that is On Demand and DVR!

Piggy backing off of On Demand and DVR are the multitude of streaming media services out there, with vast libraries of programming that span decades of production (soon it might even span a century. Try to wrap your head around that). In fact, most of these services even produce their own programming, proving that serials don’t need to be released an episode a week to turn around great numbers. Releasing entire seasons all at once gets just as much attention.

Of course, it isn’t just movies and television that are available via streaming media. Music is out there too. No matter who you want to listen to, you can stream them. From classical to Kanye, you can sample and stream as much music as you want for a minimal fee.

Does anybody actually remember Pong? Or when Asteroid and Centipede were considered advanced game play? Who remembers Doom or Duke Nuke’em? Gaming that once used to be available in 8-bit format is now available in 3-D rendered graphics that look almost real. They are designed around real life actors wearing suits moving around on a special stage, costuming and set alike rigged with special motion capture graphics software.

What is amazing about gaming in particular is that, as the graphics and effects have gotten more stylized, the story-telling has evolved as well, bringing players into their games. Games are wholly interactive now, with players deciding which path they want to take (something that was a pipe dream even five-six years ago) within the story’s structure as well as joining together to perform tasks within the world within the game itself.

Another technological marvel has been the MMORPG. Millions of people logging on to central servers to play together coopertively and competitively within a single virtual environment. In the case of Minecraft, users can even build new sections of the world together within the world itself. Moviestar Planet is a huge game that is one of the most popular MMOs. There are multiple sites online where you can get msp free vip codes.

Ten years ago, YouTube was just starting out and was quickly making a name for itself as a place where stupid human trick videos lived in infamy. Then Ze Frank invented the vlog (at least in the incarnation in which we understand it). Shortly thereafter, Felicia Day created The Guild. Then came the Vlogbrothers, My Drunk Kitchen, Cooking with Dog, Grace Helbig, Crash Course, Tabletop, and all the rest. YouTube is now a portal for independent programming and production that you won’t ever be able to find on a network.

YouTube (and to a lesser extent, streaming music service and independent portals like iTunes) has also helped launch the career of quite a few independent musicians, because everybody puts their music on YouTube now–even if it is just the song played over a still photo. Bands like Jonathan Coulton, Paul and Storm, The Doubleclicks, Zoe Keating, Marian Call, Song a Day, Molly Lewis, etc might not have ever become household names if it weren’t for YouTube.

3 Ways to Make the Most of Your Internet Connection

Can Employers Refuse to Hire Based on Past Criminal History?

Is It Green Yet? What Is the Future of the Oil & Gas Industry?

Are Your Gadgets Making You A Distracted Driver? 5 Ways To Tell And How To Stop