Forex trading is a mode of current business that is no surprise to anyone. The option of quick profit earning that the company offers to its clients in a short span of time makes it an attractive choice even for novice users. Although the Forex trading basics can be understood through a plethora of online resources, individual concepts need extensive clarification. The term CMC Forex Broker is among such concepts that are often misinterpreted by most users.

The CMC Markets rely on brokers for daily operations. It is imperative that the prospective entrepreneur looks into the background of any future programs that they wish to work with. This particular one has some of the best pedigree in the industry with a base in the United Kingdom. The group was started by Peter Cruddas in 1989 and has been growing ever since. 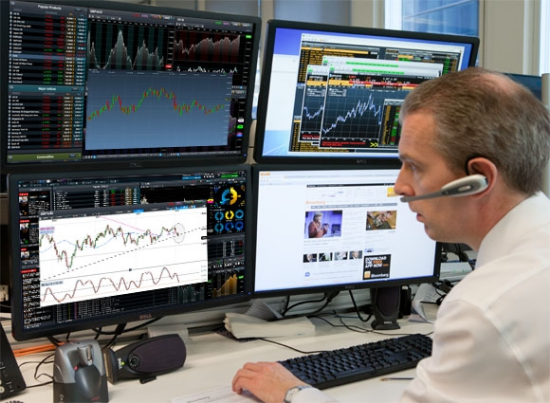 The Currency Management Corporation was a marker for the industry. By 1996, they were offering a platform for trade. In addition, they were able to offer their clients Contracts for Difference or CFDs by 2000. The online spread betting department became fully functional in 2001. The core products for the company have been developed over the years to meet business needs. To its credit, CMC has been able to amass a mammoth £3 trillion worth of annual business ever since its inception.

An investment pattern that keeps risks in check

Although the impression created by internet millionaires was that there were no risks for rewards, the reality is that currency trading is fraught with difficulties. This organization has been educating the average entrepreneur about the opportunities and pitfalls of Forex as an income-generating venture. A case in point is when the IPO had to be stopped in 2006 due to hostile environments.

By 2007, Goldman Sachs had bought a ten percent (10%) stake in the CMC Forex Company. The figures in 2009 showed a decline because of the global financial crisis. Measures to cut cost were introduced including the closure of seven offices across the globe. The USA was protected from these closures because of anticipatory regulations that specifically related to CFDs.

The organization continues to lead in the provision of spread betting as it relates to the currency market. A thousand employees are currently helping them achieve this mission. The total annual revenue for the organization has been estimated at $250 million. One of the emerging spheres of influence is the Australian Stock Exchange ASX.

The provision of equity and currency assets

The key registrations for this organization are on the ASX and the Financial Services Authority FSA within the United Kingdom where its regulation emanates from. Entrepreneurs can expect high-quality customer care and support upon request. Their website includes a phone, fax and email contacts.

The transition to an internet interface has been useful to this company. They have also benefitted from the speed of transactions and an international perspective. Real time information is provided to prospective clients, and there is ongoing research into the type of support that can be reasonably provided by the CMC Forex formula.

Drawbacks of the CMC Markets

To wrap-up, the best part of the whole deal with the advent of modern-day smartphones and gadgets, and the relentless development of the application, CMC markets help the traders to keep abreast of the game. To extend their credit to further heights, CMC Markets also have numerous awards against their name. Therefore, it is quite apparent for anyone and everyone to see as to how and why they have managed in building and retaining such a massive client base where each of their customers in fully committed and dedicated to using the solution to their utmost advantage.

CFD Vs Spread Betting – A Guide For Beginners

How Cryptocurrency Can Bring A New Economic Dimension

How To Decide Between Brokers And Trading Software Options: A Primer