The Best Games for Retro Enthusiasts 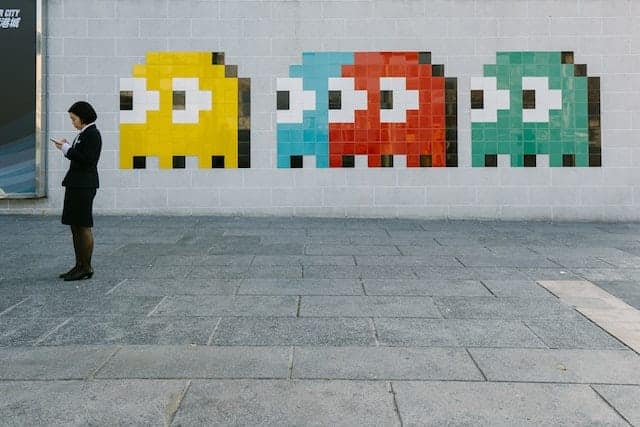 There’s a lot to be said for modern games, their glitzy graphics, complex controls, and massive maps have made the gaming experience so much richer. With that said, some of us like to dip back into the roots of gaming once in a while. We enjoy the grainy, pixelated quality of 8-bit games, we like the plinky-plonky theme tunes that go with them. More than that, we like that we can download a whole game in a matter of seconds, rather than waiting an entire week to download the latest releases. If we haven’t convinced you yet that retro gaming deserves another chance, then perhaps these titles will.

If you enjoy playing slots online then Buffalo Rush will be a PC game that you’ll love. This simple online slots game has plenty of modern features, like wild multipliers, but combines it with the retro brilliance of the sorts of slot machines you’d find in the Wild West.

The graphics are what really sets this game apart from all the others, with a series of animals that you might find prowling the American desert. Of course, there’s the great buffalo, which actually if we’re correct about things is an American Bison. These huge animals roam the land, carving the landscape as they go. As well as the buffalo, you’ll find huge deer with impressive antlers, the stealthy grey wolf and of course, the American Eagle. The whole feel of the slot game is super retro and when combined with the theme music it’s almost like stepping back in time to the period of the original slot machines, with just a few more bells and whistles.

It’s a crying shame that Pokemon won’t release their games for mobile. Pokemon Go is undoubtedly great, but some of us yearn for the clunkier GameBoy versions, there’s just something about retro consoles. Thankfully, the team behind EvoCreo heard our plight and released a similar game of their own.

This game takes place in a different world to Pokemon, where you’re invited to become a Creo trainer. It’s up to you to train and bond with your Creo, catching more as you travel through the world. At each new town, you’ll be tasked with taking down the evil Shadow Hive, who are using Creo for their own destructive needs. It’s a game that’s staggeringly similar to Pokemon, with enough differences to make it unique. Better still, it has that GameBoy Advance era graphics style that many of us will fondly remember from our misspent youth. Oh, and it’s $1 in the app store, which makes it totally affordable too. Moving into the realm of 16-bit graphics now with Stardew Valley. This game has been released for only a little over a decade, but with the devoted following it has, you’d think it had been being played since the 1970s. The reason for this game’s success is partly in its simplicity, but also in its feel-good narrative.

You take the role of a new homesteader, who’s been left the family farm by your grandad. You begin by choosing the pet that you’d like to share the adventure with and then you settle into your modest cabin. The neighbors will each offer their help, showing you how to sow seeds and sell to the local grocer. Bringing you tasty treats, along with the recipe for them, or taking you to their favorite fishing spot. The more you tend your farm, practice your fishing skills and mine for materials, the more money you’ll amass. You can use it to improve your farm, buy animals to look after, or buy presents for the friends that you’ll make in the village. It’s incredibly wholesome gameplay that could help anyone unwind from even the most stressful day. The other nice thing about Stardew Valley is that it’s available on a huge range of platforms, everything from PC to PlayStation, through Nintendo Switch and more.

Package Lost: How to Track and Locate Your Parcels

The 5 Essentials To Look For In An Auto Shipping Company

Why Cloud Computing is Indispensable to iGaming in 2022

Luckiest Winners of the Lottery