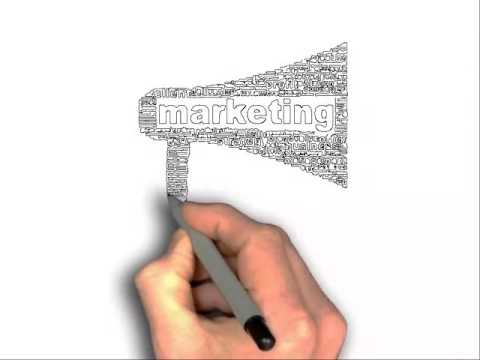 Over the past few decades the world has seen a range of revolutionary commercial products that have changed the way that we go about our lives. But what if these products had never come into existence? Or, what if there are products that are just as revolutionary that we never found out about? Marketing executive Ryan McAweeney has spoken out about the mistakes that companies make when they market their products. He believes there have revolutionary ideas that have never become mainstream products because of the poor marketing campaigns they undertook. For this reason, he says, it is vital that firms spend just as much effort advertising their product as they do creating it.

Ryan McAweeney is one of the leading advertising executives in the California region. His firm, is considered one of the best direct marketing agencies in the entire nation. For this reason, he has become a well-known figure in the community. He has recently began commenting on the advertising industry in public forums in order to increase transparency and accessibility to consumers and advertisers alike.

“I was recently asked what I thought the worst major marketing campaign of the last decade has been,” McAweeney recently said, “And I didn’t really have an answer. The truth is there have been hundreds of them. Great products have poor marketing campaigns every year. And we see a lot of wasted investment as a result of these poor advertising techniques.”

According to McAweeney, the problems starts at the top. Company executives often refuse to invest heavily in marketing campaigns as they become obsessed with building the best product possible. While having a superior product is one the best ways to dominate a market, companies often forget that if their products have no exposure, they won’t sell.

“The problem with a lot of great companies is that they have this idea that they can use an ‘if you build It, they will come’ business model,” McAweeney says, “This just isn’t true, while there are always exceptions to the rule, for the most part every great company has had an awesome marketing strategy to sell their products or services. This is especially true for companies trying to tap into a market once it is already established.”

The “if you build it, they will come” model they are referring to is a commonly used phrase to describe a company that invests all their resources into developing a product. This results in the expectation that a superior product will naturally market itself and tap into consumer markets as a direct result of its inherent value. The phrase was coined in the popular U.S. movie ‘Field of Dreams’, in which the lead character builds a baseball field with the understanding that ghosts of past players will come to the field as long as he builds it. While some companies have long established reputations that allow this train of thought to work, many do not.

McAweeney explains that many of the major products we think of actually require more advertising than we think. “When you think of some of the world’s most successful and popular products, you often think of items such as iPhones. Now this may seem like a product that can sell itself, but Apple has invested heavily in sleek and sophisticated marketing campaigns for decades. The brand they have created for themselves is a mixture of high-performing products, and creative advertising techniques. They ensure that the company has an equal emphasis on design, functionality, technology, and advertising. If you really think hard about the world’s largest products, you’ll how much advertising they employ to sell to various markets. This should be even more applicable to smaller companies that are trying to enter various segments. It’s next to impossible to create a product that sells itself.”

The marketing industry has recently come under fire for being part of a larger consumer engine that sells products without discretion. But this assessment of the industry doesn’t address how important it is in improving the lives of many. McAweeney has made it his mission to help consumers understand that the advertising industry provides real value to companies and consumers alike.

“I feel that there has been a smear campaign against the advertising industry that has made companies and consumers shy away from marketing products,” McAweeney says, “People have this idea that marketing firms are evil and manipulative. While unethical tactics are often employed by nefarious agencies, the majority of marketing companies are providing a true service of value that better connects consumers with producers. We’re a vital part of the way our economy works.” 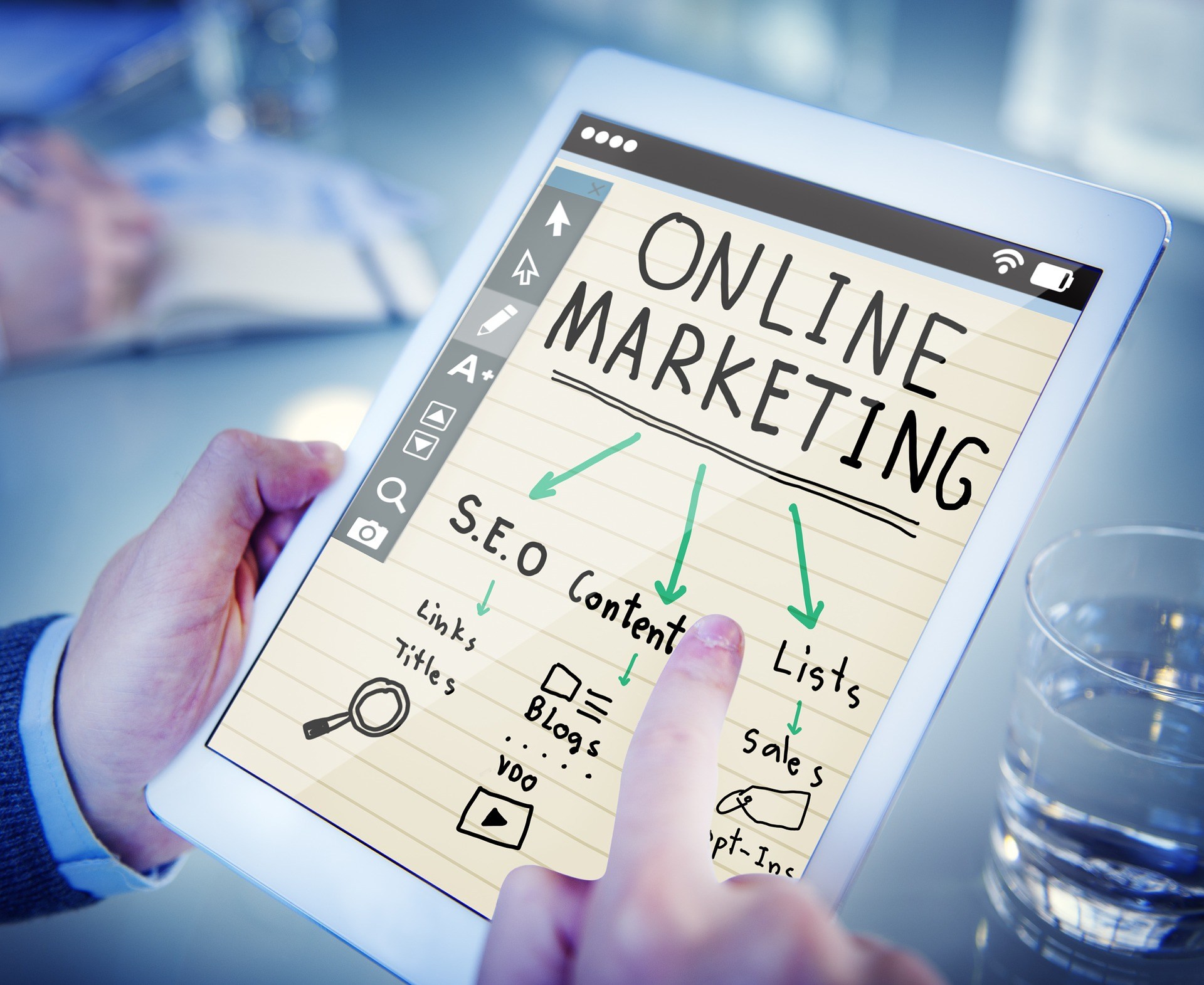 McAweeney urges companies that have yet to make serious headway into their market segments to invest heavily in advertising. Whether this is done by employing an internal marketing team, or consulting with a larger agency, McAweeney claims it can be the difference between success and failure.

McAweeney’s career in marketing began over a decade ago when he joined a small, relatively unknown firm that handled the behind the scenes work for some of the biggest agencies around. It was headed by fellow marketing executive Neil Billock. The agency, which is currently based in San Diego, has become one of the most prominent agencies on the West Coast of the United States. When the firm started it had just three full time employees – it now has an annual revenue of over $4 million. The company is well known for its ability to help revamp individual company’s direct marketing strategies. They employ a mix of technological solutions, brand representatives, and affiliate marketing programs to help their clients get the best out of their advertising budgets.

McAweeney has also recently come out in support of ethical advertising standards. Recent times have seen the advertising industry begin to use various forms of unethical marketing which he believes are destroying the image of the discipline. Reduced trust in advertising reduces its effectiveness.

All of these sentiments come back to one core principal: McAweeney truly believes that advertising has the ability to make or break your company.

McAweeney also believes that consumers should be more thankful for effective marketing campaigns. He believes the goods that are currently available on the market may not have ever come to fruition without effective marketing campaigns. Companies need large levels of funding at early stages in order to continue to produce and develop their products, and without sales this would be next to impossible for firms of almost any size.

“When you think of missed opportunities in marketing, you must also think of the potential cost to society,” McAweeney explains, “You may be sitting at home thinking that all of the best available products on earth are at your fingertips, but there is a huge chance we have missed out on revolutionary products because businesses have been unable to market them to us effectively. If Apple never spent any money on advertising, there’s a huge chance that the entire mobile phone industry would be completely different right now.” 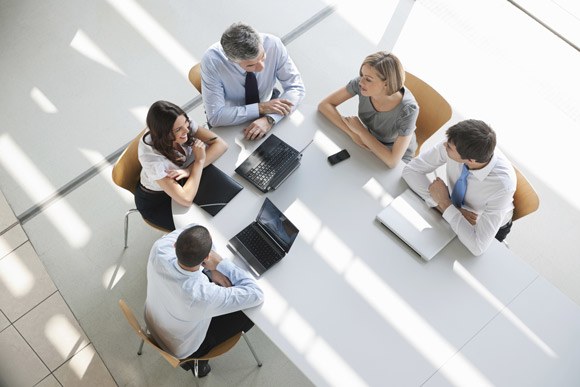 It’s hard to argue with his reasoning. Even large, cash-rich companies like Google rely heavily on cash flow to keep their products and services constantly developing. Considerable amount of money is needed in order to design and research products, it is important that companies are able to achieve cash flow quickly when they first release services or products for sale.

“One of the major problems is that companies view advertisement as a cost rather than an investment,” McAweeney says, “This means that there are plenty of business owners out there who don’t want to sink money into an advertisement campaign simply because they view it as an unnecessary cost. This is a naïve way to approach such a crucial part of selling products. Advertisement is a vital component of any business, you can make all the product in the world, but if you can’t sell any of it you’ll go bankrupt.”

McAweeney has recently taken a step back from his usual involvement in growing his San Diego based agency, believing that his talents will be of better use if involved in new projects. He has started his own consulting firm in which he helps small businesses develop their initial marketing campaigns. He does so independently and with the goal of having a short-term hands-on approach.

“The thing that drew me into marketing was actually working on developing the campaigns and getting to the base line of what strategies will serve a company best,” McAweeney explains, “When you end up running a large marketing firm you have to worry a lot more about the business side of things. While I enjoyed that, I definitely missed the original work I used to do when I first got involved in the company. Hopefully working hands-on with small businesses will allow me to return to the type of work that I’ve always enjoyed.”

If you’d like more information on Ryan McAweeney and how he may be of service to you or your company, head to his personal consulting website at – http://ryanmcaweeney.com/.

How Do You Communicate Effectively With Employees?