Home > Gaming > What Is Net Zero, And Why It’s So Important For The Climate?
Gaming

What Is Net Zero, And Why It’s So Important For The Climate? 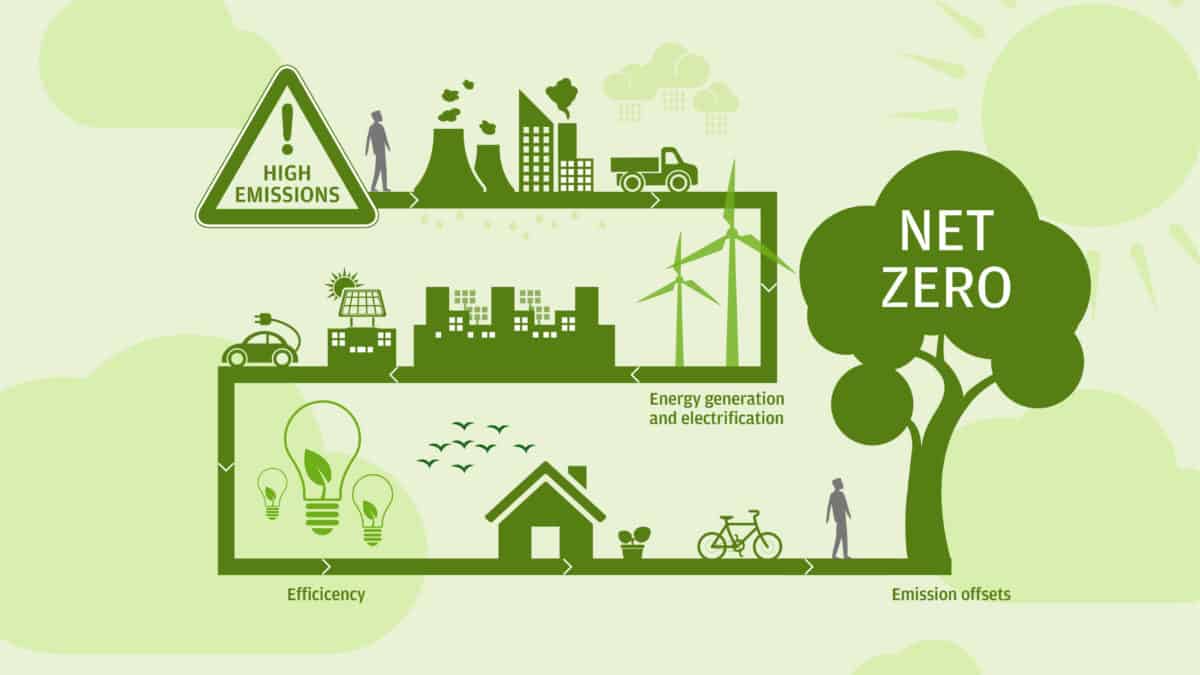 Net-zero emissions can be summed as an endeavour to achieve a balance of total production of greenhouse gas (GHG) emissions and one which could be removed from the atmosphere. To achieve such a goal, there are two main ways: by reducing or capturing such emissions.

In 2015, The UN issued the Paris Agreement, which was signed by 195 countries. It aimed to establish the objective of strengthening the global response against climate change and also to avoid the increase in the global average temperature well below 2C compared to pre-industrial levels.

Why Is It Essential to Act Now?

The effects of climate change are present and increasingly evident. Proof for this is the accelerated transformation of the global financial system, which will have repercussions in all sectors of the economy from now on. To prevent the impacts of climate change from worsening, we must limit GHG emissions as quickly as possible, which is why a lot of countries are pouring in to set the targets for zero-emission.

Due to international agreements, increasing social, regulatory, and market pressure, a lot of companies have committed to reducing net greenhouse gas emissions. This constitutes a new area of opportunity for development and investment since the Net Zero objectives imply a transformation of the markets and the redesign of public policies, representing risks and opportunities for companies in any sector. 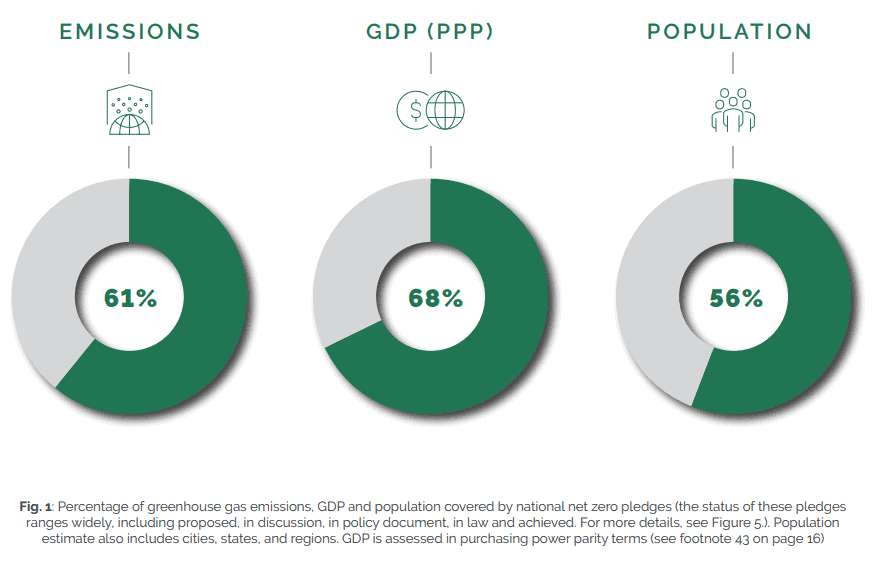 Is There a Way towards Carbon Neutrality?

Science-Based Targets Initiative (SBTi) have put forth two factors that are instrumental to achieving the following targets for zero-emission:

Every enterprise must be calculative and analytic in generating the footprint by its value chain, establish scientifically based objectives, and evaluate the risks and financial opportunities associated with climate change. To achieve zero net emissions, it is necessary to accurately set out objectives with a defined scope, socially just, and a durable roadmap.

To establish the scope, the objectives must specify the emission sources and the types of gases that are planned to be reduced. In addition, three strategies can be implemented to align decolonization objectives to the Paris Agreement:

In addition, the objectives must clarify the emission sources that the companies cover; that is, those that result from their direct activity or also those generated in their value chain will be included. It is also essential to establish the combination of emission reductions, direct removals and offsets.

Direct CO2 removals are those under the organization’s control, while offsets are reductions purchased or removals accomplished by someone else elsewhere. In general, immediate emission reductions are preferable. Elimination or compensation strategies are often of uncertain efficacy and pose more significant risk.

The Threats in the Future

There is a genuine possibility that reaching net carbon emissions by 2050 is not possible globally or that it is not sufficient to keep temperatures below 2 C compared to the temperature of the pre-industrial era. Various voices in the scientific community and environmental activism have spoken out against the environmental promise of Net-Zero. They question the feasibility of capturing the number of carbon emissions to achieve carbon neutrality in 2050.

Furthermore, the technological solutions that have been proposed to date have proven not to be sufficient, either due to their need for large areas of land, their high costs, or simply their technical impossibility. One of such is the trend of e-gaming that has minimized casino visiting, and the players can have remote access on the platforms such as Vulkan Vegas.

Another key challenge is establishing strict and transparent accounting for carbon emissions and sequestration, so there is a risk of the proliferation of so-called greenwashing, or false sustainability propaganda, by governments or companies that overestimate their decarbonization performance 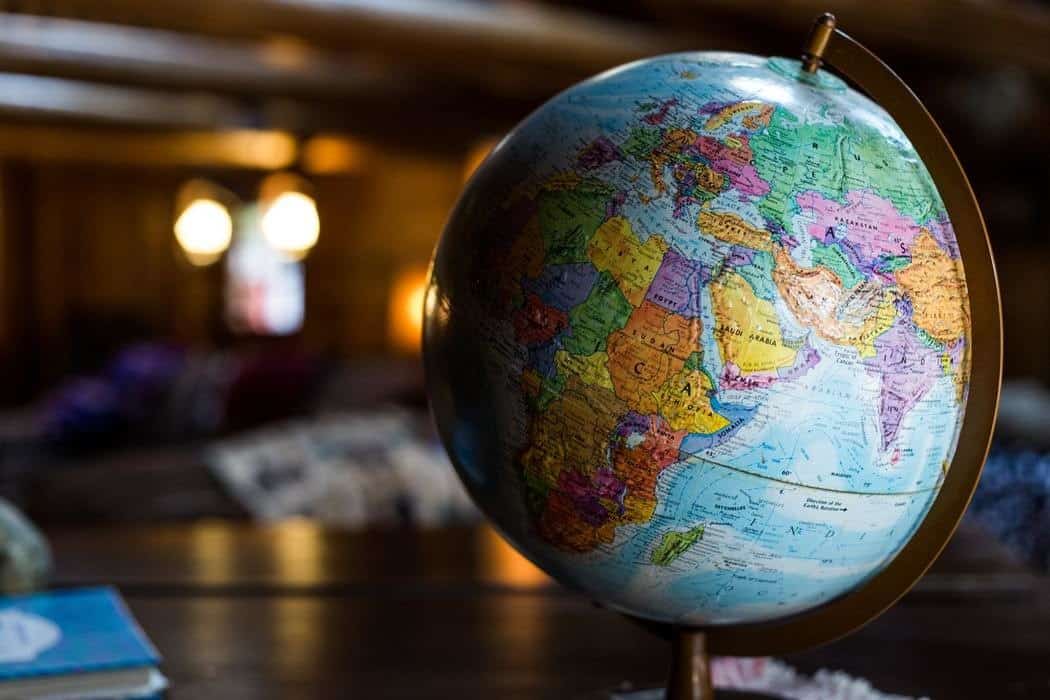 In conclusion, we can establish that the overall goal of achieving Net Zero could be difficult to achieve at the absolute, or it could be insufficient to keep the temperature below 2 C. However, it is a fact that business and investment plans must take advantage of the opportunities that arise in this transition. At the same time, although there are still doubts concerning the issue of climate change, overall, the adjustments in the markets generate risks that can be mitigated in time. Undoubtedly, the next five years will be decisive for investors who want to be relevant in humanity’s most ambitious transition.

As climate change has moved up the agenda of business leaders, so has the concept of carbon neutrality. It means achieving a zero-carbon bottom line for a company, site, product, brand, or event by first measuring, then reducing its emissions where possible and then offsetting the remaining emissions with an equivalent amount of emissions avoided or offset.

It can be achieved by purchasing enough carbon offset credits to make up the difference.

In contrast, net-zero is a more ambitious goal that applies to the entire organization and its value chain. It means reducing indirect carbon emissions from suppliers to end-users, a complex feat in a world where companies do not control their entire value chain.

How Technology Has Reshaped the Modern Workplace

How to Stay Mentally Well at a Stressful Job

What Does Gambling Have in Common with Video Games?