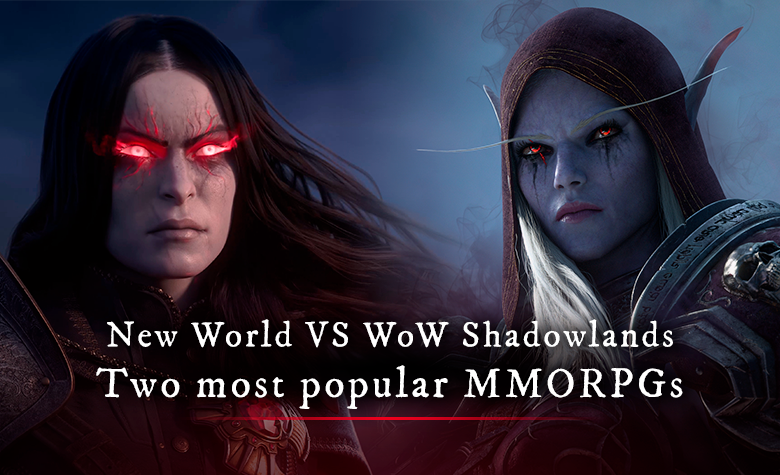 World of Warcraft and New World are two most popular MMO RPGs in the world, and while the first has been in demand for over 15 years, the second is an absolute novelty that players have already come to appreciate and love. Can we call New World the «killer» of World of Warcraft? Probably not – both games exist separately and each has hundreds of thousands fans. But it’s always interesting to compare 2 popular MMOs in all possible aspects, and that’s what we’re going to do now!

Then choose a skill branch and key talents for each of them. In NW it’s quite opposite: there are no classes as such, but there are weapon types, depending on which gamers choose a specialization and up skills within it. There are 22 in total: Sword Master, Defender, Zoner, Impaler, Skirmisher, Hunter, Fire Mage, Pyromancer, Blood, Grace, Reaper, Mauler, Sharpshooter, Trapper, Healing, Protector, Berserker, Throwing, Juggernaut, Crowd Crusher, Ice Tempest, Builder.

In other words, if in New World users create a mage in heavy armor with a sword, in WoW mage look more familiar – cloth armor and magical weapons. Moreover, in World of Warcraft there is a division system into Horde and Alliance, while in NW there is no such division. Practice shows that you simply cannot be limited to one character, you always want something interesting – that’s why we offer New World Boosting Service for everyone who wants to try something new! 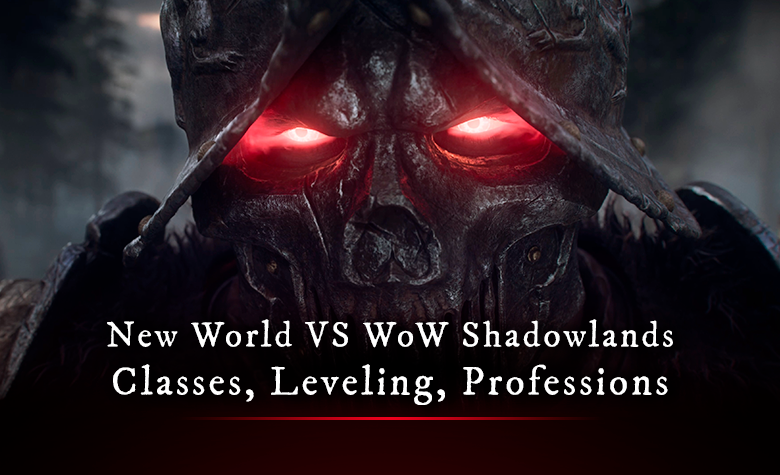 In this respect, both games are similar, but there are some differences. In World of Warcraft, at any add-on stage from Classic to Shadowlands, the best leveling up method was visiting various dungeons as part of the players group. In second place – completing quests in Azeroth vastness, in third place – killing monsters. In New World in this regard there is a certain balance: here users level up the hero in almost all the same ways, including the fourth – craft leveling and item creation.

In this respect, the two MMO RPGs are very different. In World of Warcraft, a character who has not learned a profession exists peacefully and does not feel any discomfort. In WoW, profession – related skill that allows players to earn gold, create a couple nice items or mounts, or just to diversify gameplay. Charging craft skills gives champions experience drop, which in most cases simply does not pay off – so profession is often up last. This is not the case in NW.

Professions in New World are one of the main gameplay components, which is simply necessary for any character. Their system is also more complex than in other MMO RPGs:

–Crafting gives users the opportunity to acquire equipment and various items needed during the game.

In addition, improving any professions level, gamers get a significant amount of experience. This feature makes the leveling process more diverse – anyone who chooses the path of a peaceful resource gatherer, selling their wares to other New World players. 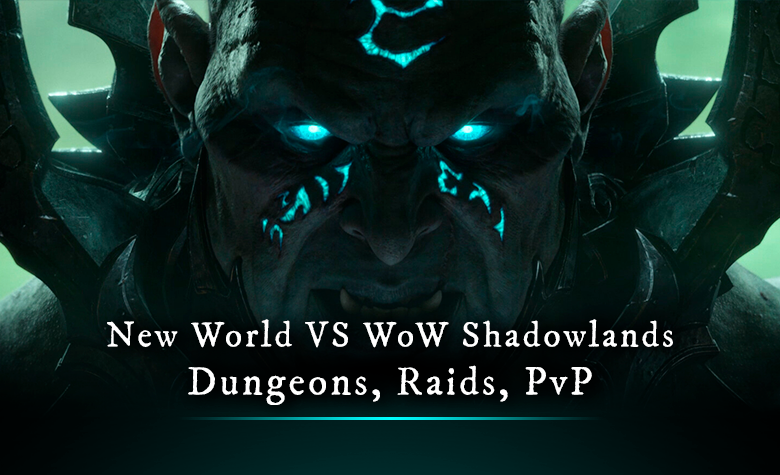 On the PvE aspect, it’s clear that World of Warcraft is way ahead of the game – this is due to longevity of the game. Throughout its existence, about 100 different dungeons have been added to WoW, and with the Legion add-on came the mythic+ keys, which are complicated usual dungeon versions. Technically, we say that they are infinite in WoW and heroes pass them all day long, obtaining necessary equipment items and improving rating.

Number of raids in World of Warcraft is also huge: each new add-on adds 4-5 new raids for players, so there are about 50 of them accumulated over time. Since Wrath of the Lich King add-on there are heroic and normal raids versions, with Cataclysm release – raid found, and in Warlords of Draenor add-on – mythic difficulty, designed for 20 players.

New World currently has only 6 expeditions – it’s similar to the normal dungeons in other MMOs, but there are a few differences. Players start an expedition in NW as 3 people group, and passage is not limited to simply killing hundreds of monsters. Players have to bypass cunning traps, find their way out of labyrinths and even solve puzzles. Also, champions can’t just get into expedition – they need special keys, which only professionals get. Higher expedition level – higher profession level for the key production.

Full-fledged raids in the New World are not available yet, and whether they be – is unknown. Amazon went down a different PvE content path development – players are waiting for open-world bosses belonging to one of 4 enemy factions:

Moreover, if in World of Warcraft you have to fight only with the boss, in NW you have to fight with other players for the right to kill the boss – it’s very diversified content and makes it dynamic and interesting.

We understand that conquering the dungeons and raids in both games will be very tedious, especially for unprepared players, so we suggest: Shadowlands Boost only from TOP players and guilds.

WoW’s player-to-player combat mode has been honed for decades. On one hand, players fight in the open world with other faction members, capture enemy cities and kill bosses in capitals. On the other hand, heroes fight all day long on regular and ranked battlegrounds as well as in the arena. When a team wins, heroes get a rating boost, special currency, as well as ranks and mounts.

New World has a unique PvP system. Key difference – PvP mode turned on at will and went to kill other players, from which bodies extracted quite good weapons and equipment. A significant role in battles system occupies the enemy capture territory, which takes place in several difficult stages:

There are in-game New World and battlegrounds, where gamers must perform a huge number of tasks. Not only must they defeat enemies, but also build fortifications, fight against NPCs, capture territory and try to get help from strong allies – all this makes battle very entertaining.

At the same time, battling the process with other real people can be very difficult, and some rankings simply cannot be achieved on their own. Everybody was in a situation of «want it, but can’t», so we offered a solution – buy New World and WoW Shadowlands Boosting from the real masters of their craft.

We can’t call games very similar, can’t say that they are polarly different. Each has its own interesting features, pluses and minuses, and an audience. To feel the gameplay difference, it’s best to play each one, if you haven’t done so already.

Are Bitcoin Casinos Worth Registering with?

A Comprehensive Guide to Esports Betting