Why You Should Consider Using A Linux Server For Your Website

Red Sox vs. Yankees. Toilet paper placed over or under. Tomato or Tomahto. There are some debates that may never be settled — and the Windows vs. Linux question is likely to be one of them. For web developers setting up a new server for a website, there are strong arguments on either side of the coin. For some, Windows is, and always will be, the answer, thanks to their familiarity with the platform and strong loyalty to the brand. For others, the open source nature of Linux holds greater appeal, and they will always choose that side of the coin. 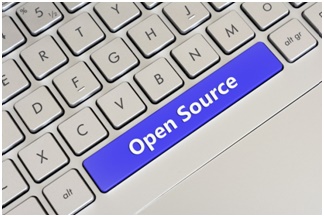 For those on the fence, though, the answer isn’t always so simple. Both Windows and Linux have their strengths and weaknesses. Linux often requires a great deal more expertise to customize than Windows, for example, given the flexibility of the OS. That being said, there are a few very good reasons that web developers should at least consider using a Linux cloud server for their site.

Cost is one area where Linux has a very distinct advantage over Windows. The Linux operating system is essentially free; some opt for a paid version with support, but in general, the overall cost of ownership is much lower than it is for Windows thanks to the lack of licensing fees. And because most of the major web development platforms, including WordPress and Drupal, are available to run on Linux, opting for a Linux server allows you to start a business with much lower initial operating costs.

Keeping servers — especially those used for business functions — secure is a major concern for anyone these days. There is some argument over whether Windows or Linux is more secure, with supporters on either side arguing that their platform offers more security, but supporters of Linux note that the very thing that makes Linux so appealing to so many, the flexibility provided by being open source, makes it inherently more secure. While truthfully, any device connected to the internet has the potential to be breached, Linux may have an advantage of being customizable to meet any level of security necessary. 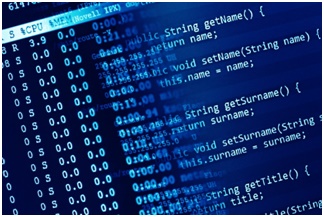 While Windows is undoubtedly a stable platform, Linux is also noted for its stability and reliability. Linux rarely crashes or needs updates and reboots; most users report that the servers run for nearly a year or longer without any trouble. Of course, like any server, Linux servers do require occasional maintenance, including upgrades and software corrections, but users report that those tasks do not need to be completed as often.

Part of that reliability is due to the open source nature of the OS’s code. While other systems use proprietary code, Linux’s open source code has been written and tested by thousands of developers around the world. As a result, it’s been refined and perfected as much as possible, with most of the bugs worked out already, making it a reliable and easier choice for programmers who don’t want to spend much time troubleshooting.

In addition, Linux servers are noted for being able to handle heavy traffic without sacrificing performance. By some accounts, Linux servers are as much as 25 percent faster than any other platform as well, making them ideal for web-based businesses that see a great deal of traffic each day.

Finally, the open source nature of Linux allows developers to modify and improve the platform in order to best meet their needs. The flexibility of the platform also makes it ideal for a wide array of functions, since it can host e-commerce, multimedia, and more. Again, making modifications to the kernel requires a bit of expertise, and it’s not ideal for a new developer, but if you have the know-how, you can make Linux into virtually anything you need it to be.

In the end, the debate over Windows or Linux will probably never be solved, as it really comes down to whichever platform best meets your needs in the moment. Linux isn’t necessarily for everyone (getting support, for instance, often means searching for answers on your own and reaching out to the Linux community, whereas Windows has more dedicated support) but it is worth considering. As you explore your options for a business server, don’t immediately dismiss Linux, as it could be the perfect solution for you.

Staying On Budget: Setting Up A Formal Purchasing Program For Your Business

How To Choose The Right Hosting For Your WordPress Site

Why it Pays to Be Vigilant With Your Web Hosting