What’s The Proper Etiquette On Facebook For The Wedding Party And Guests?

If you recently became engaged, you’re probably ready to shout it from the rooftops. It’s one of the most exciting announcements of your life. However, you want to be the one to announce it, so you might be frustrated to see that your mom or a friend posted about your engagement on Facebook before you could. Basically, they don’t know the proper wedding etiquette.

Social media has brought to light some new etiquette rules that many people don’t understand. Is it okay to post photos of the wedding or engagement? Let’s take a closer look.

The number one rule of Facebook etiquette for weddings is that the bride and groom should be the ones to post any announcement related to the wedding. The bride should be allowed to post the photo of her getting engaged with a gorgeous vintage engagement ring on her finger and a blissful smile on her face. The same goes for announcing the date and other updates.

Additionally, photos of the dress should never be put online by the bride or those attending the fitting. Traditions often dictate that the groom not see the dress until the big day. Besides that, pre-photos of the dress may steal the bride’s thunder on the wedding day.

Too often, parents and friends take it upon themselves to make announcements or share information that should be a privilege of the bride and groom to share. It can be hurtful for the happy couple when they’re the second or even third people to announce the occasion or photos of the wedding-planning process are leaked online without their consent.

Posting Pictures of the Wedding

There’s a lot of controversy surrounding whether or not guests should be allowed to post photos of the wedding day before the bride and groom post them. In an attempt to shed more light on the situation, The Knot asked fans of their Facebook page to answer the question, “Do you mind if guests immediately post wedding pics of you on Facebook?” 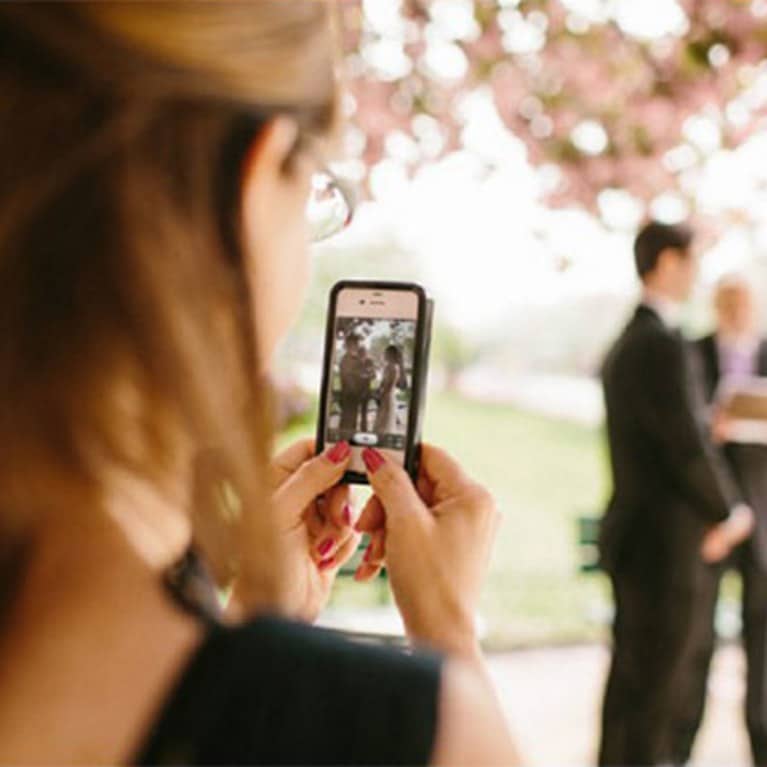 The answers were enlightening, but also very mixed.

“If one of our guests had not posted pictures of our wedding onto Facebook it would have been months before we saw any photos,” Sally Maurer told The Knot. “Photographers, despite the digital age, take forever with no deadlines. So, I don’t see any harm in posting.”

Although many people agreed with Maurer’s comment, there were others who believed that it was rude to post photos before the couple.

“I really would prefer they didn’t…,” said Sue R. Anderson, another recent bride and The Knot fan. “I would like the pleasure of my Fiancée and myself doing the posting…”

With these mixed opinions, it’s clear that considering the wishes of the bride and groom is very important. In many cases, the bride and groom will ask you to post pictures of their wedding with a hashtag so they can see more candid photos of the event. In other cases, they’ll ask you not to post anything until after they do. It’s best to respect their wishes, no matter what they ask.

Above all, remember that it’s never a good idea to post a bad picture. No bride or groom wants the world to see a photo of them stuffing their face or doing something embarrassing at the wedding.

“I don’t mind as long as they don’t post particularly unflattering pictures of me,” said Mariah Dee, a recent bride. “I’m not the most photogenic person, and though I think I’m fairly attractive, I am a little sensitive about bad pictures. So, as long as my friends are picky about what they post, I’m cool with it. I would love it if my friends thought it was an exciting enough day for them, as well, that they wanted to post pictures & share!”

While it’s becoming more and more acceptable to send out invitations on Facebook, especially for budget or eco-conscious brides and grooms, a single thank you post to the masses on Facebook is not an adequate showing of gratitude. It’s impersonal and appears lazy—when guests have taken time to celebrate and give a gift to you, they deserve more than a blasé Facebook post.

Thank you cards are the traditional method of sending gratitude. They’re classy and show that you put some real time and thought into your appreciation.

However, times are changing. While you should be sure to send a thank you to more traditional people (like your grandparents) and those who put a lot of time, money, and effort into helping make your wedding a success, you can send thank you’s over Facebook messenger or text to your more modern guest. Just make sure it’s personal and thoughtful enough to make your gratitude clear, despite it being typed over handwritten.

There are many rules for proper Facebook etiquette, but these are some of the top ones to remember.

The Most Crucial Project Management Skills

How To Make Money With A Smartphone And A Car

How To Consolidate Your Debt 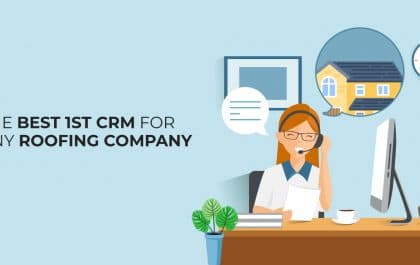 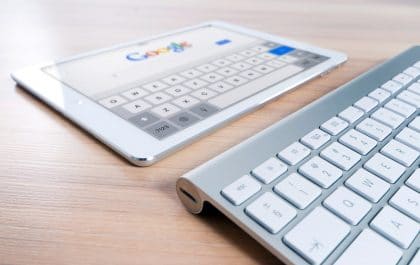