Home > Random > What Do Technology And Nurse Practitioners Have In Common?
Random

What Do Technology And Nurse Practitioners Have In Common? 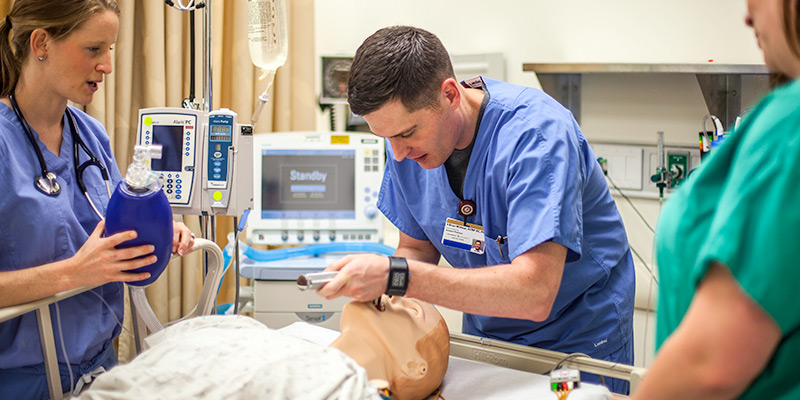 Although it may sound like an odd question to ask since one is human and the other created by humans, there are some very real similarities if you stop to examine some of the ways in which both are perceived in current times. While most people don’t think about the nurse practitioner vs doctor debate, techies are one group of those who like the similarities between NPs and technology because it adds greater weight to what they do and who they are. You can learn more about becoming a nurse practitioner here, and the following are just a few reasons you can draw a correlation between the two.

Both Are in Dire Need

If you stop to consider all of the areas of our lives where technology has literally ‘saved the day,’ you will see the very real similarity between technology and nurse practitioners. There is already a critical shortage of medical doctors and with both a growing population and the advancing age of Boomers in need of advanced care, nurse practitioners can ‘save the day’ by stepping in to many of the roles that doctors now play. They can be licensed to practice at a much quicker rate than MDs and so can fill the void much quicker than doctors. It takes them approximately 4-5 fewer years to complete their studies at esteemed schools such as The University of Arizona. Both technology and nurse practitioners fill a void.

Both Are Often Controversial

There are still strongholds of the population who rebel against technology because it is something they don’t understand. While those numbers are diminishing over time, some people simply choose to do things manually as opposed to utilizing technology to make life easier and much simpler. The same can be said of nurse practitioners. There are still ‘old school’ doctors and a very small segment of the population who don’t understand just what it is that an NP does. They are thinking in terms of nurse vs doctor rather than nurse practitioner, which is a whole new level of education and experience. While both doctors and NPs can diagnose, treat, prescribe medication and even admit patients to hospitals, many people still aren’t of the difference between a nurse practitioner and doctor.

Both Offer Solutions to Critical Needs

While most people are aware of the way in which technology has improved the quality of our lives, many people still don’t understand exactly how important nurse practitioners are. There is a severe, in fact a critical, shortage of doctors worldwide, and since it takes an NP a shorter length of time to complete studies, clinicals and licensing, they can step in to fill this void a lot quicker than it would take to train doctors via medical school and residency.

It is true that NPs aren’t equipped to be specialists like doctors can go on to be, they are able to treat patients as a primary care provider. This leads us to the final similarity between technology and nurse practitioners. Both are often misunderstood, but the good news is that as time goes on, greater portions of the population are coming to appreciate the benefits both technology and NPs have to offer.

The Skills You Need To Start A Business

The Most Underused Wordpress Features You Should Be Trying

Secrets of Communication Confidence: Is Spy Earpiece one of them?

The Major Types Of Linear Actuators

Does Homework Harm Your Children?