Home > Programming > What Coding Language Should I Learn?
Programming 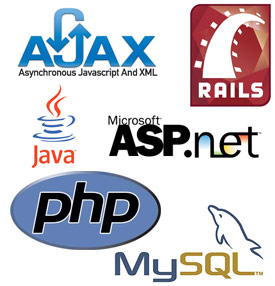 When deciding which programming language to learn, much will depend on the person making the selection. As it is such a personal decision, it can be useful to ask yourself a few questions first, and then use the answers to guide your research. For example, begin by asking yourself what kind of work do you want to do and who do you want to work for? The companies this steers you towards will favour certain languages; finding out what these are will significantly influence your choice of which language to study.

If you cannot be sure of which particular employer you want to work for, you need to at least work out which area of business you would prefer to work in. For example, ask yourself do you want to work writing computer games? Or do web-based applications sound more interesting? Or does the manipulation of large volumes of information, perhaps in a database environment, sound more appealing? A little research into the various business roles where programmers are employed can pay dividends. Remember, your aim is to work in a programming environment which feels like a good fit.

These days it is possible to buy self-training materials for many of the more popular languages. These can help you to familiarise yourself with your chosen language and get a feel for the nuts and bolts of how it works. If time allows, completing such a home study program is something you can put on your CV and will prove to a prospective employer that you have not just an interest, but also an aptitude for the programming language you have chosen.

There is an excellent article detailing which coding language and coding skill set is best for your chosen career path over on the Robert Half’s website. You can find the full article here. It deals with the differences in the most popular languages and also links to a through to a salary guide detailing not just salary information, but also IT recruitment trends across the whole of the UK.

One factor that is often neglected when deciding on which language to learn is what other skills the prospective programmer can bring with them. For example, someone with good design skills may be best suited to a front-end/client-side role, perhaps using CSS, HTML or Javascript. While another person may possess good artistic ability, meaning a job as a games programmer would make the best use of their skills coding in C/C++. Someone with a database background may find it worthwhile focussing languages like Java, PHP or .Net, perhaps deploying their existing knowledge as a back-end/server-side programmer. The choice of which language to learn is really as much about you, the person making the decision, as the environment in which you may wish to work.

After doing the above research, it is likely you will have a short list of the programming languages which you feel seem the most promising. It is fair to say that there is not a huge degree of variation between the salaries commanded by the most popular languages currently in use. For this reason, it can be worth researching which languages currently have the highest job count, and also whether the trend for these languages is increasing or decreasing. As you are going to be investing a fair amount of time and effort in learning how to code in your chosen language, it makes sense to do a little research to check you are investing in a skill for which there is the best chance of strong current and future demand.

Bear in mind that a programmer cannot realistically expect to program in one language for the entire duration of their career. The constant advance of technology means that programming languages can be superseded over time, eventually becoming outdated. It is all to easy to become the unwary programmer, coding in a niche language with an outdated skill set chasing a decreasing pool of work on old legacy systems. Always remember that failing to renew and update your skills can leave you vulnerable in this way.

Whichever language you learn, read the IT press and keeping your eye on the job count for the work you are doing. Being ahead of the curve when new languages emerge can pay dividends, allowing you the opportunity to switch to more prestigious employers offering higher salaries and superior working conditions. To have a successful career as a computer programmer, it is important to remember that it is not just about the hours spent at your terminal coding; you also need to manage the path of you career. Because if you fail to do so, no-one else is going to do it for you.

Key Benefits of Outsourcing to Ukraine

How a Specialised Sports Betting App has Changed the Market