Warzone Hacks: What You Can Use and How to Avoid Bans

Call of Duty has been a pillar of the FPS genre since the first game was released in October 2003. Over nearly two decades, Activision’s war simulator has revolutionized not just the action-packed single-player campaign for the entire video game industry but also how competitive online multiplayer should feel and function for FPS games.

When the Warzone Battle Royale multiplayer suite went standalone and free-to-play in 2020, the intoxicating thrill of classic Call of Duty multiplayer opened up to a much wider audience. This was good and bad because it opened up the pool of challengers and made it much more difficult for new players to dig into the game without being discouraged.

But as with all online games, using cheats and hacks to gain the upper hand is always an option. Regardless of how gamers feel about Warzone hack providers, there’s no denying they are accommodating for groups of people that would otherwise be stomped out of the competition before they can actually play. When you don’t have time to dedicate to “getting good,” Warzone hacks are always in your back pocket.

What follows will be an overview of a few types of Warzone hacks and cheats currently available, along with some guidance on how to mitigate the possibility of getting your account banned. So when you’re ready to start climbing those leaderboards, get ready to drop into Fortune’s Keep, and let’s get started! 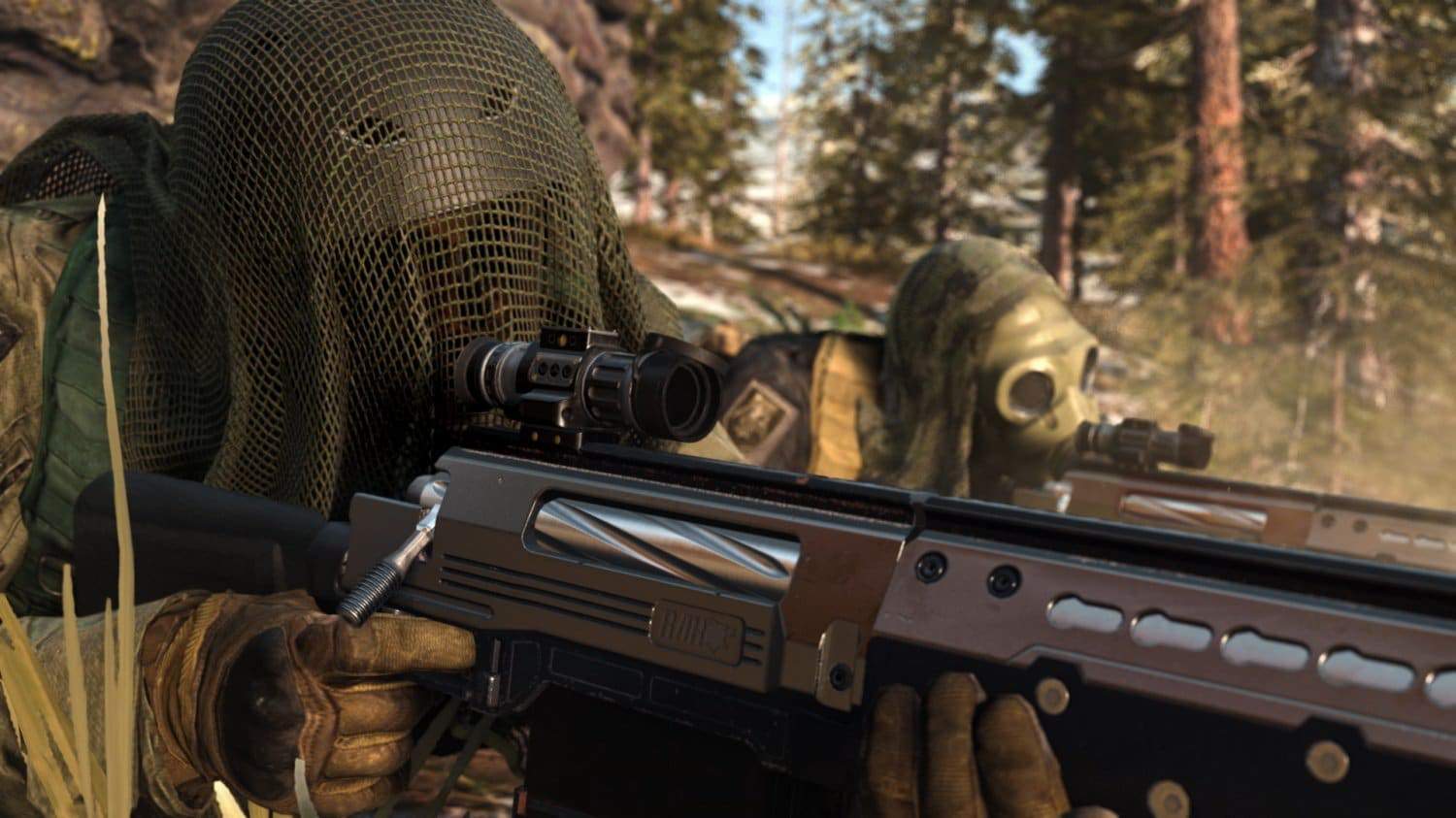 This is probably the most common Warzone hack and perhaps the most common hack in any competitive FPS game. Aimbot is a script that runs behind your game to allow perfectly placed shots every single time you pull the trigger. Some aimbots even allow you to define what part of the enemy’s body you will hit, though why you would go for anything other than headshots is a mystery.

It would be easy to jump into a game with something like a PKM and just let loose since you can’t miss with aimbot turned on, but this is often a recipe for disaster. Taking down too many enemies quickly without missing any shots is a surefire way to get your account banned in a flash. Higher-quality aimbots (expensive ones) avoid this by occasionally allowing shots to miss, but you can also try to keep your number of kills down to avoid suspicion.

Part of high-level Warzone play is keeping your head on a swivel. That means watching your corners, keeping an eye on the horizon, and not running into buildings blindly. As beginners often will, failing to do these things is a one-way ticket to the gulag. But what if you always knew where your enemies were, even through walls?

That is precisely the purpose of the wallhack. This cheat is one of the most potent Warzone hacks, and combining it with aimbot will make you a Warzone god for as long as you can avoid the ban hammer. Wallhack makes enemies visible only to you through any wall in the game.

Many wallhacks even allow you to choose the color the enemy will be highlighted with and options to show things like weapons crates, cash, and other vital resources through walls. No more raiding a building only to find nothing sound in it.

The best way to avoid a ban with wallhacks is to limit your aggression to enemies that are hiding. If the game can tell that you’re shooting at an innocuous wall because an enemy was silently waiting to ambush you on the other end, you could end up in some hot water.

ESP functions similarly to wallhack but gives the user even more information on top of the enemy silhouette. For instance, ESP scripts will have settings to show a player’s remaining health, their screen name, the direction they are facing, and much more. All this information won’t change how you deal with an enemy when they pop up on your screen, but it might help you alter the tactics you use to deal with them. You wouldn’t approach a full-health player the same way you would a player that is nearly dead.

ESP might be the most helpful Warzone hack in getting new players ready to take the training wheels off and play without hacks. If you pay attention, it will show you how other players act with complete and low health, as well as the places that are most often used to hide and set up surprise attacks. Avoiding detection with ESP is much the same as with wallhacks; just try to limit your engagement with the presented information, so it’s not so obvious you have an unfair advantage. 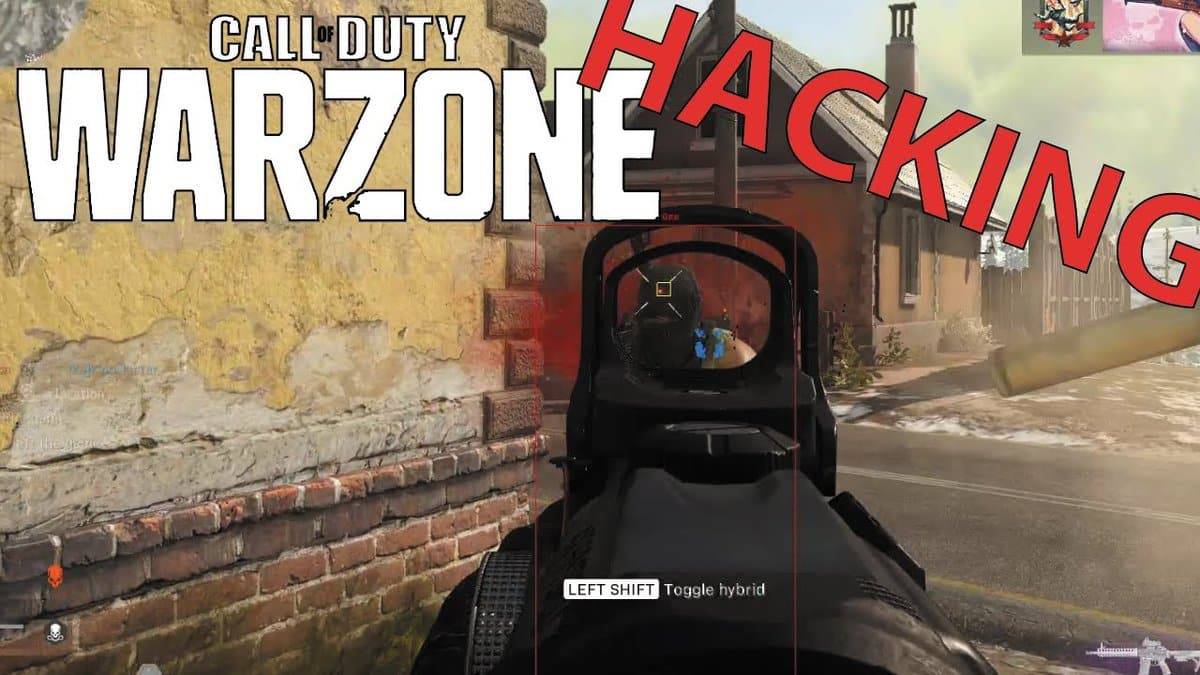 This last Warzone hack is probably the least overt while still incredibly helpful. A radar hack makes every enemy on the map visible on your minimap at all times, as if you had a UAV constantly activated. No extra features or superpowers are granted by this cheat, so you’ll have to rely on your skills outside of knowing the general location of all enemies.

You might run into one issue with enemies with the Ghost perk equipped. That perk is supposed to make them undetectable to all tracking forms, including UAVs and heartbeat sensors. If an opponent can tell you’re hounding them when they’re supposed to be invisible to all forms of radar, you could get reported for cheating and wind up banned anyways, so keep that in mind.

The final Warzone hack that many players use is one that fully unlocks all of the content in the game with the press of a button. That means every operator, skin, blueprint, and camo will be available to you without investing much time or money. While this hack sounds beneficial if you’re into cosmetics, it is probably also the most likely to get you banned since Activision wants their money cut from all of those purchases they missed out on.

We recommend that you have a look at www.iwantcheats.net for reliable and trusted products.

Should You Travel for Addiction Recovery Treatment?

Which Football Leagues Do People Like To Bet On?

What Are The Different Types Of Online Casino Bonuses?