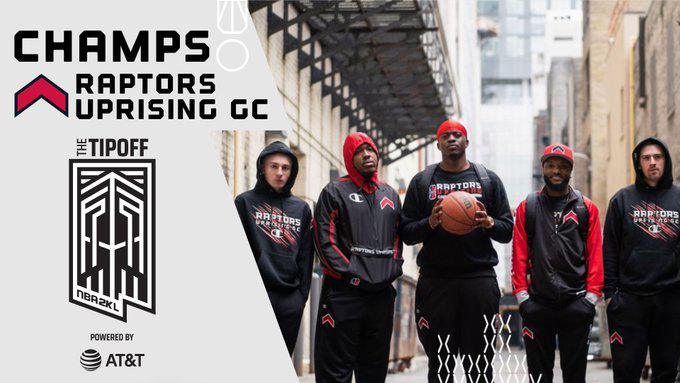 A year ago, the Toronto Raptors made NBA history when they defeated the Golden State Warriors in six games to capture the league championship. In doing so, the Raptors became the first team from outside the USA to win the NBA Finals.

Is history About To Virtually Repeat Itself?

While the NBA season remains idled by the novel coronavirus COVID-19 pandemic, the NBA 2K League season is in full swing. And the powerhouse of the league in 2020 are the Toronto-based Raptors Uprising GC.

Tuesday, Raptors Uprising GC kept on rolling. The team swept a pair of games from the Orlando Magic, thumping them 101-61 and 90-73.

Not only are Raptors Uprising GC the most dominant team in the NBA 2K League with an unbeaten 10-0 record, they are on the verge of making league history. Their 10-game winning streak matches the NBA 2K League mark set last season by Mavs Gaming.

If Raptors Uprising GC defeat Heat Check Gaming in their next game on Monday, they will establish a new league standard for consecutive victories.

The squad already has earned one place in the NBA 2K League record book earlier this month. They set an NBA 2K League scoring mark by virtue of their 109-51 drubbing of Celtics Crossover Gaming on June 12.

It’s been an all-around productive campaign for Raptors Gaming GC. The team just recently won the $160,000 NBA 2K League Tipoff Tournament. The first of three tournaments slated during the season, Raptors Uprising GC banked a $70,000 winner’s check for their performance.

Raptors Uprising GC won 10 of 11 games in the tourney, finishing with a plus-220 points differential. They posted victories over Blazer5 Gaming, Lakers Gaming, Bucks Gaming, Gen.G Tigers and Kings Guard Gaming en route to the title.

Raptors Uprising GC player Kenneth Hailey, known to gamers as Kenny Got Work, was named MVP. He averaged 28 points and 9.5 assists for the tournament.

The season began play on May 5th. There are 23 teams participating in league play. Teams consist of five players, each taking on their own persona on the court as opposed to operating a virtual version of an actual player on the real NBA team from the city that they are representing. The NBA held tryout camps to determine the best players to participate in the league. 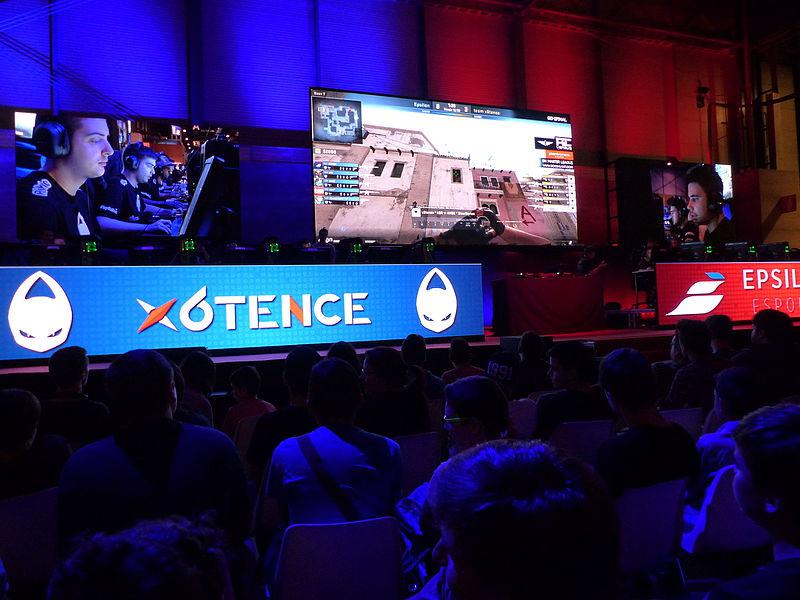 The NBA 2K League offers another example of how the world of esports gaming is gaining traction with a mainstream audience. Games, which are contested Tuesday-Friday with a 7 p.m. ET start time, are being carried live on ESPN, YouTube.com and Twitch.tv.

All esports are displaying an uptick in audience and popularity during the COVID-19 outbreak. With actual sports halted by the virus, competitions featuring esports games such as DOTA 2, League of Legends and Counter-Strike: Global Offensive are being viewed by more people. Online sportsbooks have ramped up their wagering offerings on these virtual world tournaments and bettors are buying in.

The talent of the planet’s best players in these games is showing through. Just as we can all go to the gym and play basketball, none of us are making the NBA. It’s equally true that as much as we may play video games against our friends and family, when you watch the elite of the gaming world go head to head, it becomes apparent that the skill level they display in their chosen event is comparable to the hand-eye coordination exhibited by a world-class athlete.

In the world of virtual Raptors, Hailey is the guy that’s carrying the ball for the team. A top contender to be named NBA 2K MVP, Kenny Got Work has also got game.

Credit the NBA for once again being on the cutting edge of the future of the game. They always seem to be one step ahead of the other North American major league sports.

Recognizing that younger fans are gravitating toward esports, by assembling a virtual league and allowing the players in that league to develop their own characters, the NBA is connecting to an entirely new audience, and the NBA 2K players are becoming celebrities in their own right. Hailey, from Memphis, lists thousands of followers through his social media platforms on Twitter, Instagram, YouTube and Twitch.

The fact of the matter is that while esports may be contested in the virtual realm, its stars are no different than athletes who compete in actual events.

They are the real deal.