Home > BYOD > Too Much Multi-Tasking: The Overlooked Downside of BYOD
Business Technology

Too Much Multi-Tasking: The Overlooked Downside of BYOD 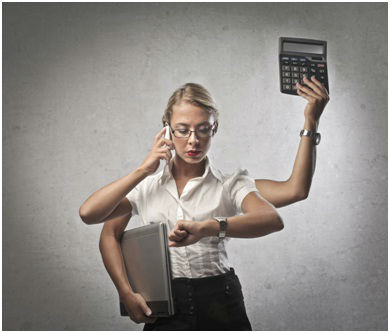 When businesses adopt BYOD policies, employees can work from any location and at any time of day. As a result, many companies think that switching to a BYOD environment will increase worker productivity. However, around-the-clock access to work may not help workers to accomplish more. In fact, the multi-tasking that comes with BYOD may make workers less effective.

Businesses considering BYOD often cite network security as their top concern. With the growing number of attacks targeting mobile devices, particularly Android devices, security is a legitimate worry. Companies should invest in a good Android security solution, tackle mobile device management questions and create a workable BYOD policy. Taking these steps will wrap up the IT side of BYOD. Then,companies should address the human side of the BYOD equation by teaching employees how to work in the “always-on” world.

Multi-Tasking at Work Is a Myth

The human brain, according to numerous studies, cannot effectively process two unrelated tasks at once. This limitation occurs because the brain’s “executive control” function has two distinct phases that can’t function together. The first, called “goal shifting,” involves the act of switching to a new task. The second phase, “rule activation,” requires switching from one set of rules to another. The limitations of executive control are the primary reason that people can’t safely drive and operate a cell phone. Whether they’re talking on a handset, speaking into a headset or trying to send a text, the brain cannot focus on driving and on using the phone at the same time.

Before the brain can switch attention to a new task, it must not only decide to do something new but also access the rules for the new task. In essence, the brain turns off the circuit for the old task and activates a new circuit for the new task. Although the switch takes just tenths of a second, according to the American Psychological Association, a person who constantly tries to multi-task can end up losing about 40 percent of his or her productive time. In addition to wasting time, the person is more likely to make errors while performing work. 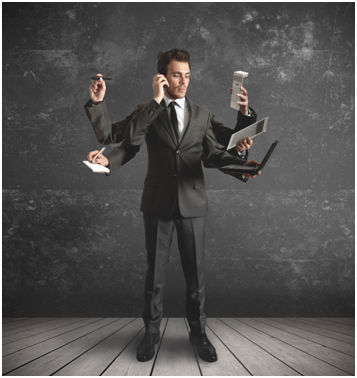 How to Work Well in a Distracting Environment

If companies want to realize the potential of BYOD, then they need to help employees understand how to work in a highly distracting environment. Take these steps to reduce multi-tasking in any organization:

Ineffective network security costs businesses a lot of money. Plus, the multi-tasking encouraged by BYOD costs businesses as much as $450 billion every year. By implementing both strong security policies and training employees to work more effectively, companies can reap BYOD’s potential without succumbing to its downsides.

Innovation Management Platforms – The Need To Discover And Use Them

How Does Digital Agility Help Sustain A Dynamic Workforce?