The Leading Gaming Phones Available To Buy In 2022

In order to enjoy mobile gaming to its maximum potential, it’s worth investing in a smartphone that has been designed with gaming in mind. Thanks to the constant innovation we’re exposed to, there is a range of smartphone devices that can elevate any mobile game. While some people are looking for a high-quality camera to add perfect images to social media, others are in search of a gaming phone that can handle the array of sophisticated titles that are now available to play on mobile.

The smartphone category of gaming is currently filled with an extensive selection of gaming titles from a variety of genres, with all games being played on both iOS and Android devices. The options in the modern world have resulted in mobile gaming’s overall appeal growing to a level that has never been seen before. There are innovative augmented reality games like Pokemon Go, people are playing the odd online slot for real money, and there are even console-quality games, such as Fortnite and Mario Kart, that are being downloaded on a regular basis also.

With mobile gaming’s improved package enticing more gamers in the process, the need for an adequate gaming phone is growing. With that in mind, below is a look at some of the best gaming phones on the market right now. 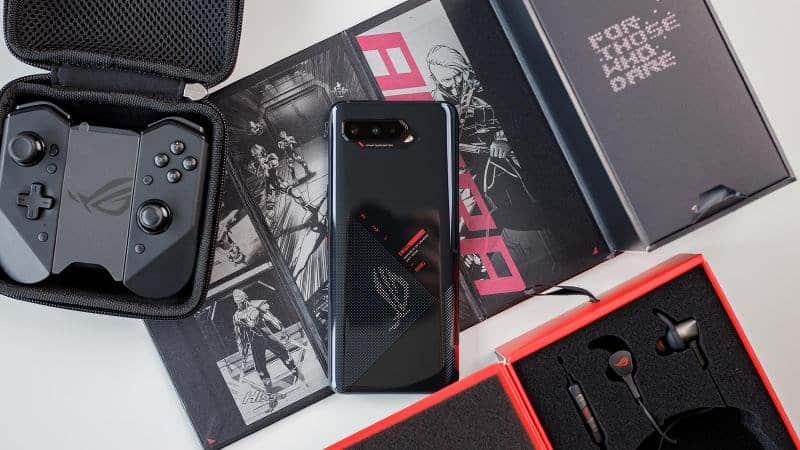 Boasting the required power to host any release, the Asus ROG Phone 5 is widely regarded as the undisputed king of gaming phones. When assessing its power, it’s easy to see why, too. This particular device features the hugely powerful Snapdragon 888 chipset, there’s up to 16GB of RAM available, the screen offers an impressive refresh rate of 144Hz and a touch sampling rate of 300Hz, and the phone’s 6,000mAh battery is massive. Throw in the responsive shoulder buttons and programmable RGB lights, and it’s clear as to why the Asus ROG Phone 5 has such a great reputation.

Smaller in size compared to many of the leading gaming phones on the market, the compactness of the Razer Phone 2 is what makes it so appealing to on-the-go gamers. Additionally, this particular phone also features a range of specs that all gamers require. From its Snapdragon 845 chip and stylish glass back for Qi wireless charging to its 120hz refresh rate screen and 4,000mAh battery, the Razer Phone 2 is a solid option.

Although the Lenovo Legion Phone Duel isn’t the cheapest available gaming phone, its all-around design and sophistication make it one of the very best. Offering a selection of gaming-dedicated features while also supporting 90W fast charging, it’s a device with plenty to offer for the average smartphone gamer. Lenovo has nailed the design of this particular device, too, offering users a slick and easy to use smartphone as a result.

Also offering a decent camera, the Black Shark 3 is easily one of the best gaming phones around. From the popular Xiaomi sub-brand, this particular gaming device includes a variety of cool and nifty features. For example, the phone has LED lights that light up as you game. On top of this, it has a 90Hz refresh rate, coupled with a range of top-end specs. Although its design might divide opinion, the Black Shark 3’s power cannot be disputed.

Including the world’s first 144Hz smartphone screen, alongside a fan and a liquid cooling system, the Nubia Red Magic 5G is a remarkable gaming phone. Other key features include shoulder triggers, a ‘4D Shock’ feature, a customisable ‘Game Space’, and a long-lasting 4,500mAh battery.

How Has Technology Impacted The iGaming Industry?

Is Softonic Safe? We Analyze How Safe Download Software Portals Are

How to Secure Your iOS/Android from Phishing?

How To Prepare Your Used iPhone Before You Sell It