Home > IoT > The Internet Of Things And Aging In Place
IoT 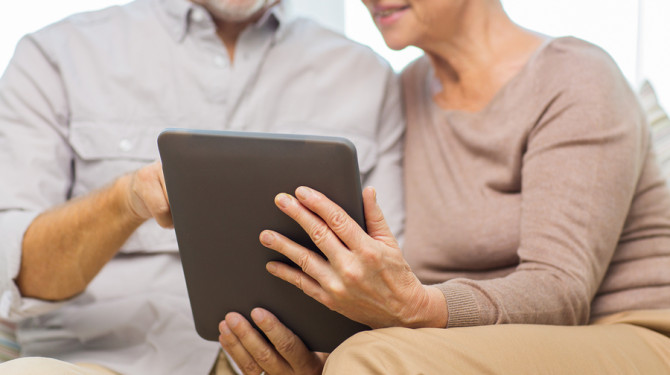 The elderly are not often thought of as early adopters of technology, but when it comes to the interconnected smart devices known as the Internet of Things, they may be just that. As connectivity is introduced to more and more household items, senior citizens may be some of the biggest beneficiaries.

One of the biggest concerns for the aging population is the ability to live independently. Seniors often want to stay in their own homes, or age in place, for as long as they can. Safety concerns may prevent this, as those with limited mobility are at a greater risk of falling, especially when trying to perform simple tasks such as reaching to turn the light switch on during the night. Smart lights that respond to voice control would lessen this concern. Similarly, memory issues may pose a danger to seniors who forget to turn off the stove or neglect to take medications at the appropriate time. A home assistant can alert the elderly to carry out tasks at set tasks to limit this threat.

Smart devices can overcome some of these challenges, effectively standing in for caregivers or family members who may not be able to be with the senior as often as they would like.

Mary lives in an apartment in the same town as her daughter. She comes to see her mother when she can, and Mary can call her if she needs anything, but she doesn’t like to bother her. Mary has diabetes and high blood pressure, but she can manage both of them if she eats right. Her daughter takes her to the grocery store every week, but sometimes Mary eats things that she shouldn’t because she doesn’t want to bother her daughter to go out in-between their weekly trips.

Enter the Internet of Things. Mary’s daughter gets her mother a smart refrigerator that senses when she has run out of certain items. She connects the grocery list to a delivery service, so when Mary runs out of something, it is automatically reordered and delivered to her door.

Joe had a heart attack nine years ago, and now has a pacemaker. His wife Sylvia likes to play bridge with her girlfriends and visit her sister in Florida once a year, but she hasn’t done either of those things recently because she’s afraid Joe is going to have another heart attack, and she won’t be there to help.

Joe and Sylvia’s son gets them a home assistant that can call for emergency help, and may even be able to detect if Joe has fallen and is unconscious. Now Sylvia can enjoy her weekly card game and annual vacation with no worries.

Pew Research found that nearly 60% of senior citizens are online, and just under half have broadband Internet connections. From there, it’s a short leap to devices that will help keep them safe as they age in place.

Know The Important Technologies For Business

Energy Efficiencies & The Internet Of Things