Home > Apps > Socially Connected: What Will The App Of The Future Look Like?
Apps

Socially Connected: What Will The App Of The Future Look Like?

Who could imagine life without a smartphone anymore? And who could imagine a smartphone without apps – or, to be more precise, without an app for every aspect of our lives that needs managing on the go? Yet, as we evolve as consumers, our expectations from similar products becomes more elaborate. Millennials and Gen Z, who have been brought up in an era of social media and constant connectivity, will expect much the same interactive environment from future apps too.

Communication Is Key for Millenials and Gen Z

There is more money to be made in app development than we might think: a survey has found that, by 2018, there will be more than 5 billion smartphones in use and that, by 2020, in-app native advertising will generate more than 63% of mobile display advertising profit, which will amount to $53.4 billion. Not bad – but that also means that in a world flooded by myriads of apps, the struggle to capture the attention of the consumer base will be hard, and app developers need to identify the areas that are important for attracting users. Generation Z will be the consumers of the future, which means that their tastes and preferences ought to influence app development. And, if there is one thing that Gen Z like, as evidenced by recent trends, it’s being socially connected. A recent study confirmed how widespread social media use is among teens – and the numbers are overwhelming; 88% of those interviewed use Snapchat and Instagram and more than 75% use them daily, while 81% have reported using Facebook, and 2 out of 3 use it daily.

It is not just social media; millennials and teens tend to prefer the social aspects of online activities on the whole. Chat rooms and forums are routinely present in a wide spectrum of activities, especially in the entertainment industry, from forums dedicated to online games like League of Legends to others related to interests like cars, IT or anime and cosplay. Live chat is increasingly offered as an option for customer service too, tapping into the growing preference for direct communication, while online gaming incorporates similar social features, such as the chat rooms offered by many online bingo sites. In the latter case, social functionality was an essential consideration; bingo is well-known for its social benefits, something that doesn’t always translate readily to the online world. There’s also the battle and gym elements of Pokémon Go – the ultimate hit game of 2016.

Lately, niche social networks have emerged, combining the love for social media with tailored communities of like-minded people. The most well-known are probably professional networks like LinkedIn or Academia.edu but there are several others specially designed for photographers, cyclists, or even people who want to share secrets anonymously. 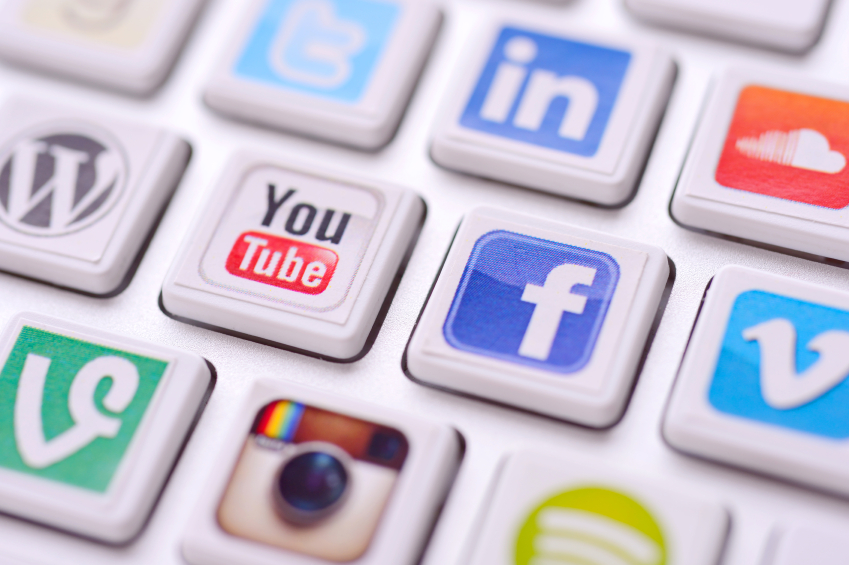 It seems that this trend for online socializing is reflected in what younger generations are looking for from their smartphones. The special relationship that Gen Z has with social media has also influenced their market behaviour in general: how they engage with brands, how they make purchases and, of course, which apps they prefer. The mobile applications that topped the list for Android devices last month are overwhelmingly dedicated to social media or communication. In fact, Facebook Messenger tops the list with almost 8 million downloads in June 2017, with Snapchat following with more than 4 million, Facebook itself with 2.8 million, Instagram with more than 2 million, and WhatsApp Messenger with over 1 million downloads.

Both millennials and Generation Z also link social media with self-perception: 31% and 42% respectively have said that social media directly impacts how they feel about themselves, while 37% of Gen Z feel that social media influences their happiness and 39% that they affect their self-esteem. It’s no wonder then that there are even apps exclusively dedicated to social connectivity, allowing people to bring together contacts from different social media platforms and thus increasing interconnection between various online social presences. Future trends seem to link mobile apps with developments like cloud technology or the Internet of Things that will make for more storage capacity and allow increased connectivity – but connectivity with other users, too, seems to feature heavily in what this generation will be looking for.

App developers do need to take into account these facts in order to produce applications that are not only useful and practical but also relevant and social-friendly in order to make a winning case to their target consumer base.

3 Reasons Why Shrink-Wrapping Machines Are Recommended At Factories

Useful Travel Apps For Your Trip To New-zealand

Stock ROM Download For Android Phones – Why You Should Do It

Why Do You Need To Install Audials One 2021 Right Now?

The Growth of Voice Changer Apps