Private Internet Access VPN is an amazing VPN. It has a true passion for anonymity and privacy. Before the creation of PIA, anonymous VPN service was not in existence. With its creation, developers hoped to fill this role. The growth of PIA has been tremendous in the recent past something that can be attributed to the great price and awesome services. Currently, it is one of the most well-known services in the VPN industry.

In actual sense, the availability of PIA VPN has revolutionized the VPN provider industry. The fact that they have introduced the massive tier servers together with hundreds of thousand users means that their VPN is widely trusted. It has amazing speeds to allow you to stream HD with no problem. Here is a complete Private Internet Access VPN review which will help you make your decision whether this VPN is the right one for you or not. 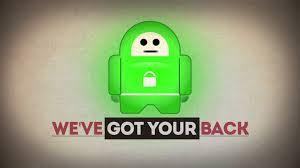 The PIA VPN comes with amazing features. You are allowed to use the VPN 100% unlimited. At no point will they cap your internet usage or your bandwidth for that matter. PIA has a great and unique VPN user interface to it extremely easy to use. As bonus point, the Private Internet Access VPN comes with a great price.

Unlike most VPN providers, PIA clients are great! They allow you to change locations from your desktop in a matter of seconds and you’ll not have to log in into their website. Their list of locations is large enough with multiple servers in the USA, UK, Romania, France, Sweden, Canada and Netherlands. With the kind of rapid growth being experienced in the industry, more locations are surely on the way.

The ”Leak Protection” and ”VPN Kill switch” features guarantees protections to your data. None of your data will be leaked. With the ”Leak Protection” feature, it ensures that no data is leaked by simply stopping any packets from escaping the VPN by accident. Ideally, it sets the VPN to be the only source of internet. On the other hand, the ”VPN Kill Switch” ensures that you stay connected to the VPN. If the connection is lost, your computer will not work unless it is connected back to VPN or better yet if it reconnects itself. They only way you can connect to the internet without the VPN connection is if you choose to uncheck the feature.

Unlike other providers Private Internet Access VPN allow you to use the VPN on five devices concurrently. Other providers restrict your account to one device only. It’s because they understand that we are in 2014 and things need to change. It means that you can use it on your phone, router, computer, media player or any other device that allows a VPN.

The speeds are astounding! Some providers have the tendency of limiting speed but not with Private Internet Access VPN. You get full speeds even when your network is slow.

How A VPN Service Can Boost Your Security Online