Powered Exoskeletons: The Armors Of The Future 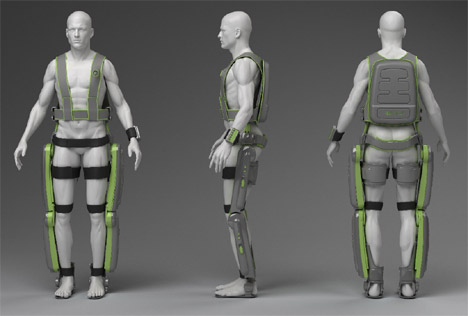 Powered exoskeletons are not a new idea. Popular movies and other fictional works have played with the idea of people donning large suits of armor augmented by machines to allow for better movements, greater agility, and more strength. The highly advanced armors depicted in films may be imaginary right now, but the existence of working prototypes and advancements in robotics are a telling sign that we may be seeing fully-functional powered exoskeletons in the future.

The biggest hurdle to making fully mobile powered exoskeletons is the complexity of the design and limited available tonnage: Adding enough parts to improve articulation could mean a lot of added weight to a powered exoskeleton, which limits not just mobility, but also the how much fuel in the form of batteries or petroleum it can bring with it.

High-efficiency motors can produce high amounts of torque with reduced power requirements, all while keeping a lightweight, compact design. Motors like these can free up precious tonnage that can be used to reinforce an exoskeleton’s structure, allowing the creation of powered suits with more robust designs. 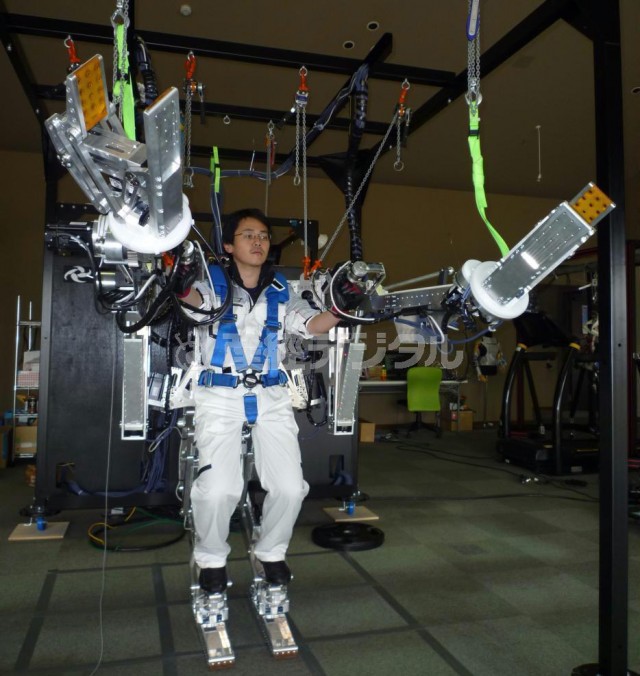 Thanks to pop culture, most people assume exoskeletons are made entirely of metal, but a proper combination of carbon fiber and metal parts can yield better results. This synergizes well with an efficient motor and power system since lightweight limbs require less power to move.

The Potential of Powered Exoskeletons

Contrary to what mainstream media have led people to believe—that powered exoskeletons are likely to be weaponized and used as an offensive equipment in warfare applications—they are actually expected to make their greatest impact in the medical field. Using a series of motors and assisted control mechanisms, a person with impaired mobility can wear a powered exoskeleton and move around like a normal person.

Powered exoskeletons can also help address problems related to the decline in the number of medical professionals. For example, a nurse can use a powered exoskeleton and be able to carry heavier patients without the help of other people. Furthermore, people undergoing rehabilitation because of stroke or spinal injury can wear an exoskeleton to assist their movement, which means there’s no need for multiple therapists just to rehabilitate a single patient.

Military personnel can also capitalize on the increased lifting power and decreased fatigue provided by powered exoskeletons. It would be easier for soldiers to move faster while carrying heavy objects like supplies and weapons, and even injured squad mates while in a hostile environment. Depending on the available source of fuel, powered exoskeletons for military use may run on petrol, fuel cells, and even batteries.

Companies in the Industrial sector can also benefit from powered exoskeletons, especially those that still rely heavily on manual labor such as construction, freight, and mining. In the future, advanced exoskeletons may eventually be used as an alternative to forklifts that might be too bulky to carry heavy items while passing through narrow areas or in locations with uneven topography.

Firefighters and other rescue personnel can also benefit greatly from powered exoskeletons. Increased lifting power can help them get obstacles out of the way, and they won’t get too exhausted when managing flights of stairs (especially when dealing with fire in high-rise buildings). Exoskeletons can also have rails or attachment points, where accessories such as flashlights or cameras can be mounted without burdening the wearers.

While working models of powered exoskeletons already exist, manufacturers still face plenty of design-related problems mainly because of technological limitations. Mobility is still fairly limited, and providing enough power to last for extended usage is still a major hurdle that engineers have yet to overcome.

However, it’s only a matter of time when a more portable, sustainable power source will be developed for powered exoskeletons. Once that is out of the way, engineers will have more options to keep developing more efficient exoskeleton technology that will soon be a part of our normal everyday lives.

Is Your Business Ready For Social Media?