Poker Variations: A Beginner’s Guide, Including A Basic How to Play 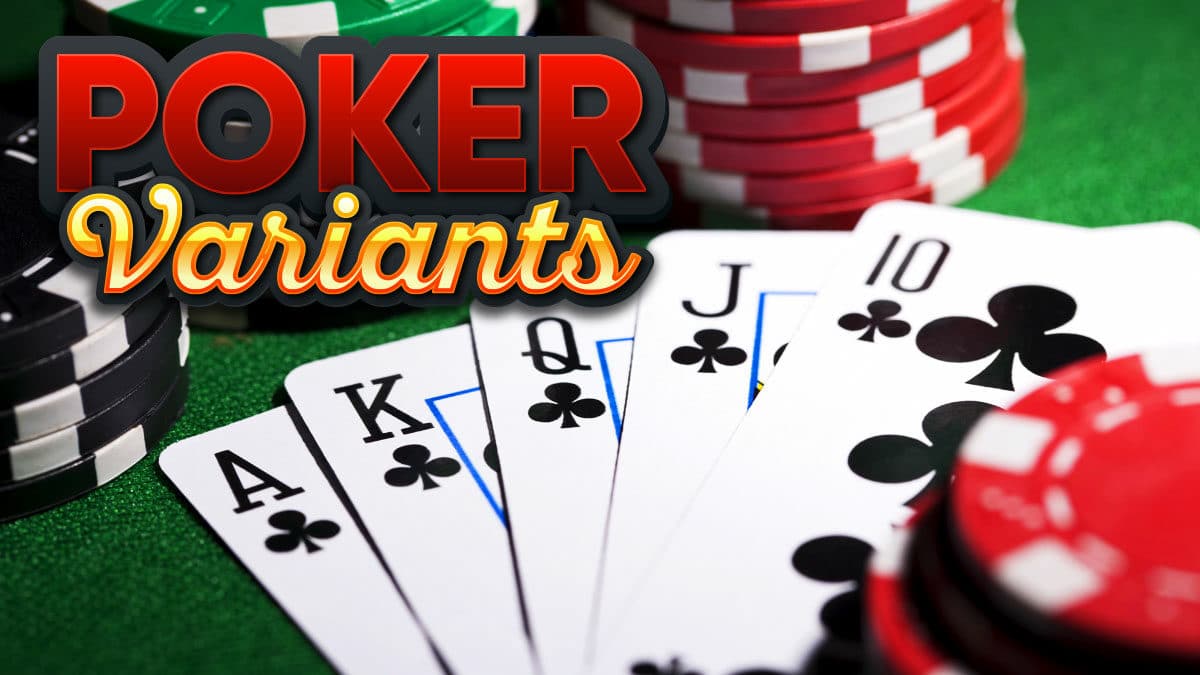 Poker is a game that has been around for many centuries, however it has not always been known by this particular name.

Indeed, the Germans had known it as ‘Pochen’; a game of bluff, while the French had adapted that game and called it ‘Poque’. Not before long, it made its way to New Orleans and started to be played on the Mississippi in the riverboat casinos. However, the name ‘Poker’ did not happen until the 1830s, with hundreds of different variations having been created along the way.

As a result of its history, Poker is a hugely popular game that is simple to learn yet tough to master. There are numerous poker versions, and each version has its own set of regulations; the game’s basic rules remain the same. All you have to do is learn the rules before you can design your winning approach. The following tutorial will help you understand the most popular poker games.

Seven-Card Stud is a limited game that moves slowly and requires patience and firm strategy. Unfortunately, many increasingly enjoy the adrenaline that no-limit and pot-limit games provide.

It is the most popular poker variant among all other world poker variations. Learning Texas Hold ’em is ideal for beginners to get into the game. This has emerged as the most frequently played poker variation globally during the last ten years.

Whatever variation you choose to play, poker games are a set of your best five cards. The Texas Hold ’em is played with a single 52-card deck. The gameplay is straightforward. However, there are four betting rounds. The dealer deals each player two face-down cards and three communal cards face-down in the middle of the table. The three community cards will be exposed after the first betting round, and two more will be added face-up after each subsequent betting round, followed by a final betting round.

Another popular poker variant is Omaha Hi. The “hi” in this game refers to the highest hand being awarded the entire pot at the showdown. Omaha Hi is typically played as a pot-limit game, also known as Pot-Limit Omaha (or PLO).

The action is similar to a hand of Texas Hold ’em, with two key differences: (1) Players are dealt four-hole cards rather than two, and (2) bets and raises are usually limited to the pot size.

You only use two of your four-hole cards in standard Omaha. However, in Omaha Hi-Lo, you must employ all four. The rules of Omaha Hi-Lo are the same as those of ordinary Omaha.

The game is played similarly to Texas Hold ’em and Omaha Hi, with five community cards issued and multiple betting rounds occurring throughout the hand – before the flop, after the loss, after the turn, and after the river. The pot is split evenly between the highest and lowest hands in a showdown. The highest hand wins the real prize if no low qualifying hand is found.

Each participant is handed their 5-card hand in this fascinating variation of poker. In this lowball poker variant, players get three draw tries to make the best “low” hand.

Before any cards are dealt in Triple Draw, the players to the left of the dealer button must make the small and big blind bets. After each player is dealt five cards and an initial round of betting is completed, players can choose to discard all of their cards (and then draw five new cards) or none (which is known as “standing pat”).  There are three draws in total on each hand. Following each draw round, there is a betting round that always begins with the first player still in hand, seated to the button’s left.

Poker variations are a great way to add some thrill to your game. With so many different options, you can always find a game that suits your mood. One of the most well-liked poker variants is Texas Hold ’em, and novices should definitely try it out.

How 3PL WMS Can Scale Your Fulfillment Network

Is Netflix Likely to Add Casino Offerings to its Games Section?

How Do Online Games Achieve The Same Experience As Offline Games?

Are Your Video Gaming Experiences Lacking?

Top 5 Online Sports Games to Look Forward to in 2023