Playing Video Games Can Have A Small But Positive Impact On Child Development, A Study By Oxford University Suggests 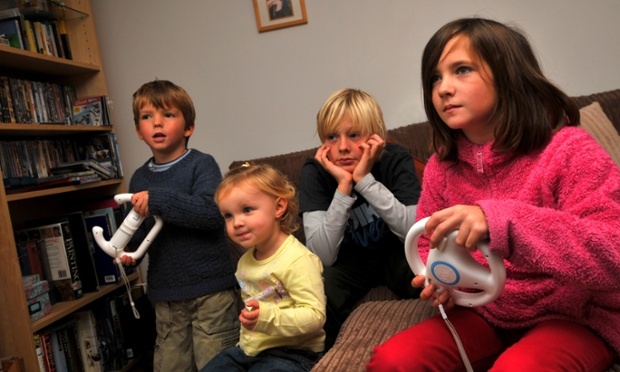 For years, debates on the cognitive effects video games can have on children have caused controversy across the globe. With three out of four children admitting that they play video games on a daily basis, parents are understandably concerned. Therefore, when a study from Oxford University concluded that a short daily video game fix could have a positive impact on development, the research made nationwide headlines.  The enlightening research was published in the widely read and well respected Pediatrics journal which also covers issues such as child obesity and youth tobacco use.

A correlation between short gaming sessions and social abilities

Scientists say that though the developmental benefits are small, young people who engaged in less than an hour of daily video game activity were more socially adjusted than participants who did not.

The results offer parents some peace of mind; however, scientists are stressing that the “less-than-an-hour” variable is extremely important. In fact, the study also revealed that young players engaged with their consoles for more than three hours a day were less satisfied with their overall lives.

Helping to rebuff the shine on gaming’s tarnished reputation

The research was carried out by Dr Andrew Przybylski, an experimental psychologist at the prestigious British university. He hopes that the new findings will aid in shunning the violence-inducing stigma associated with video games and help both researchers and parents keep an open mind to the potential benefits.  He said, “In a research environment that is often polarised between those who believe games have an extremely beneficial role and those who link them to violent acts, this research could provide a new, more nuanced standpoint.”

While violent games cannot be directly blamed for violent behaviour, most researchers advise parents to exercise caution when allowing their children to play certain titles. Fortunately, there are plenty of kid-friendly titles out there for conscientious parents.

Przybylski analysed the results of 5000 young survey participants aged between 10 and 15 years. As part of the survey, respondents were asked to clarify how much time they spent using consoles, computers or other gaming devices on a daily basis. They were then asked to rate their feelings regarding various social factors including overall satisfaction with their lives, how well they connected with fellow peers and the likelihood that they would help a person in trouble. A self-assessed evaluation of hyperactivity and inattention was also requested.

Przybylski combined the results to develop an overview of individual levels of psychological and social adjustment. When analysed in conjunction with daily video game engagement, Przybylski was able to confidently conclude that those indulging in short sessions were in fact better socially adjusted than their peers. Not only that, they also demonstrated higher levels of life satisfaction as well as fewer emotional issues and hyperactivity concerns.

According to Przybylski, the findings could be due to a number of different factors. “Being engaged in video games may give children a common language. And for someone who is not part of this conversation, this might end up cutting the young person off,” he explained in an interview with BBC. Of course, Przybylski does not rule out external factors such as family relationships, income status and standard of education. Personality of the child is also a key factor.

While Przybylski was more than confident to release the results of his studies, they are by no means conclusive. Other experts have stressed that further research still needs to be conducted, particularly into the types of games being played. After all, it is not unreasonable to suggest that the differences in cognitive reactions between a Disney video game and war based adventure mission would be significantly different, and it can be difficult for parents to police what genres of games their children are playing.

In an interview with BBC, Dr Iroise Dumontheil, researcher at the University of London, explained, “Other studies have shown that playing first-person shooter games, but not other types, can lead to increased visuospatial processing and memory abilities. Further research would help to determine whether particular types of game help or hinder adolescents as they adjust to the changes they experience during development.”

There is still a lot of research to be done however it is undeniable that Przybylski and his team of Oxford University scientists have taken the first step towards unveiling the potential benefits gaming can have on young brains.

Why Should I Play At An Online Casino?

Virtual Reality Gaming is The Future

How to Choose the Right iGaming Platforms: 7 Crucial Criteria

The Best Digital Entertainment Of 2022