Is Snapchat Setting A New Trend For E-Commerce? 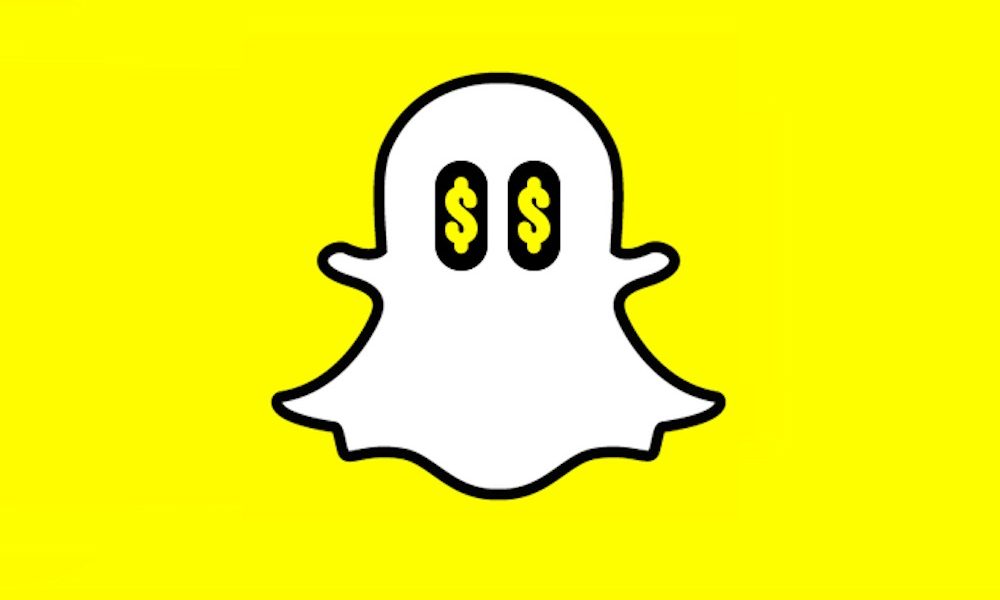 Have you check the latest snapchat’s filter, which has no dancing hotdog or a puppy face, but life-size girl using augmented-reality lens offering the latest Adidas sneakers with a QR code? If you haven’t, then you should. A multimedia messaging app; Snapchat, with 187 million daily active users, has launched a merchandise store with the potential to turn the app into an e-commerce platform.

Snapchat introduced Shoppable AR Lens, offering advertisers an action button to execute three potential actions to let you interact with the AR content. Just push to visit their website, view a video or install an app.

The Shoppable AR Lenses giving brands a new way to leverage their unique scale. According to Peter Sellis, Snap Inc., more than 70 million users “play with Lenses in the Snapchat camera every day” for an average three minutes and more than 250 million snaps shares with some form of AR involved— to drive real yet measurable ROI, via sales, leads, download, or just video views.

Now, Snapchat has several brands, including Adidas, Clarion, STX Entertainment, and King on board with Shoppable AR. Adidas and Clarion using lenses to push users to their respective online store, while STX Entertainment is using to promote the trailer for “I Feel Pretty”, the latest comedy film, and King’s Lens is a mini-game, encouraging players to install Candy Crush Saga.

With the new tools, Snapchat is aggressively tapping into augmented reality, using the advertising medium. A report from The Boston Consulting Group revealed that one in every three US smartphone users interacts with an AR app every month.

Snapchat Lenses is providing interactivity with potential moviegoers, offering everything at a single click; Don’t forget to grab Bareburger’s Recipe with a Heaping Portion of Augmented Reality on at Snapchat.

What exactly the Snap Store?

The app known for its visuals is now going to be a part of your wardrobe, to do this Snapchat introduced a snap store; good news for you but not for your wallet.

Snapchat stretched its commerce muscle earlier March 2018, the company started the Snap Store – find in the Discover Section- the newest feature allowing you to purchase official Snapchat merch right from the app. Yes, it means you can get your very own winking sweatshirt; isn’t that adorable? No matter whether you’re a fan of the app or not.

Weeks after selling official Snapchat merchandise their own, Snapchat has launched its first brand collaboration following similar lines; Snapchat partnered with Nike for an exclusive pre-release of its Air Jordan III Tinker. All the attendees of Nike’s post-NBA All-Star game party were allowed to scan exclusive Snap codes to enter into the app to purchase the shoes in minutes within the same interface; the sneakers sold out within 23 minutes. 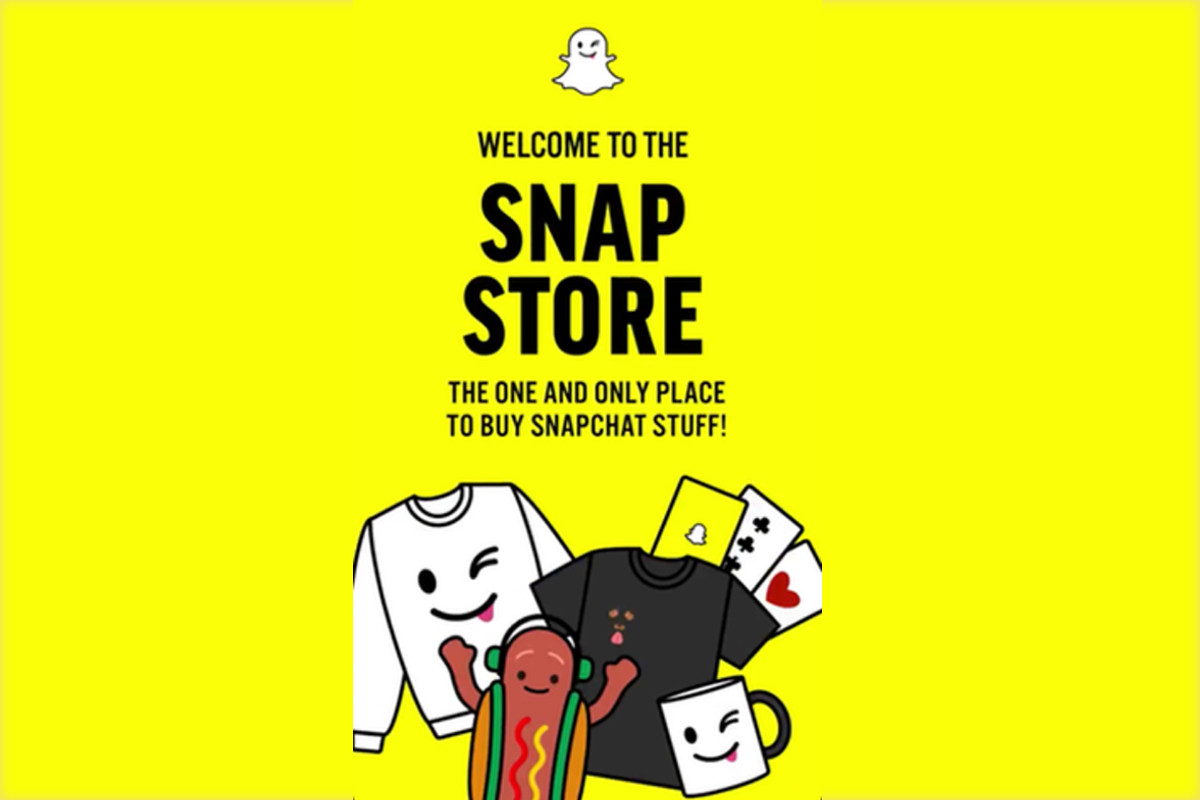 In Los Angeles, consumers started discovering a 3D, augmented reality ‘A/R Jordan’ Snapchat Lens on the afternoon before the official All-Star Game, at three locations: entertainment venue LA Live, Staples Center, and Footaction outpost 23 Black. On location and globally, users enter the store through a special Jordan Brand Snapcode, and could physically walk around to experience the dunk in 360 degree.

Snapchat has already been selling limited quantities of branded items on Amazon, like ghost plushies, a backpack, and even a Dancing Hot Dog Halloween costume. So what’s special about the Snap Store?

To put into simple words, it has new items that you can’t purchase from anywhere else, and only reachable after you scan a simple scan code. Isn’t it amazing? With the addition of this feature, Snapchat is becoming more popular and becoming the focus of attention for many websites. In recent product reviews of some of the great websites, Snapchat ecommerce is the next big thing for marketers and shoppers.

How Does Snap Store works?

To access the Snap Store, you have to “unlock,” like you do with most of the excellent content in the world; scan a code and unlock, isn’t that simple? Yes, but where’s the code? It’s right there on the official store website. So, go to the store site (https://store.snapchat.com/), find the code, and scan the said Snapcode using your app. Launch the app, point your camera at the Snapcode,  take a photo of the code or press and hold the screen.

As you scan the code, the Snap Store will open, giving you the opportunity to get your hands on anything you want. The Snapcodes continue to update as the new products added. You might find the Snap Store in the Discover feed once as the new items are available.

If you find something lovely, get it! You never know when the week ends, and the product gets out of stock; as the merch keeps changing week to week, new products added replacing the old ones. So, you need to keep a check and don’t need to wait to nab something you like.

To make things easier for you, Snapchat sent Snapcodes to access the Snap Store right in your app, so open your app, click the code below and scan.

Currently, the Snap Store is only shipping to the US; not in the US? I am sorry, you won’t be able to take part in the fun.

Hold on! Does AR translate to sales?

In a recent report found that only 10% of users found AR useful to get the real-time retail experiences. So AR is immersively stretching the marketing paradigms, clearly improving consumer engagement yet seamlessly driving them to commerce.

However, Snapchat helping advertising partners, to gain tangible returns on AR marketing investments by third-party reporting. According to Nielsen Catalina Solution, across 22 Lens campaigns, there was an average sales lift of 10%.

It’s not something New

Snap is not the first to enter into the e-commerce; Instagram and Facebook (via Messenger) have a similar partnership with Shopify – you can buy selected Shopify merchants through Instagram’s shopping tags, which is gradually expanding into more businesses. 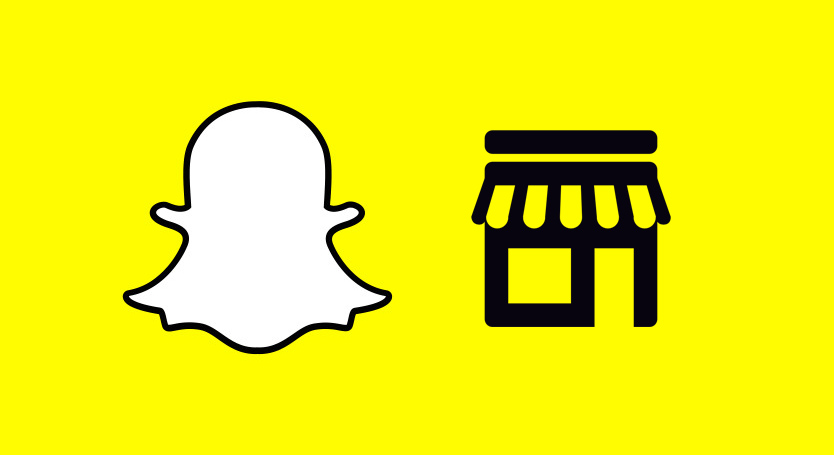 Pinterest also has the same arrangement with Shopify, featuring their ‘Buyable Pins,’ so in no way, Snapchat ahead of the curve. But it would broaden the commercial potential and of course, Snapchat’s offerings; this much appeal to those brands looking to reach the younger audience.

End of The Story!

I believe the current Snapchat’s buy-it-now opportunity will bring more limited-edition QR codes for us to discover on Snap, and Snap takes a cut of the sale. Or else, Snapchat would be next Pinterest with image recognition AI to turn anything into virtual reality.

Commerce on mobile can be daunting and incredibly annoying; between slow-loading websites, a paralyzing array of options and having to provide extensive details, many of us drop-off before hitting buy. Snapchat need to carved a way for top brands to grab a premium teen audience, turning shopping into a seamless part of the social experience.

If your ecommerce brand is targeting the prime, digitally savvy and cash-strapped demographic of 18 to 35-year-olds, there’s a hot chance that your potential customers are using Snapchat on a regular basis. So, attract, convert and retain more shoppers online store, by offering them the near-to-reality experience of your product using none other than Snapchat.

Finding the Right Outlet When Setting Up an Online Store

What are the Best Image Transformation Tools for E-commerce?

Why Do You Need A Modern E-Commerce Site To Stay In Business?