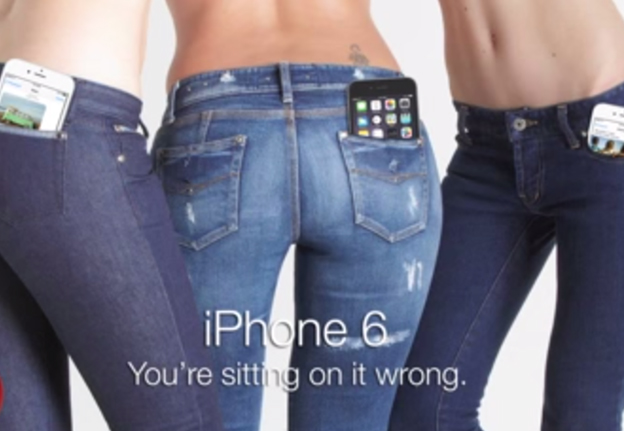 First it was #bendgate then there was #gapgate and the new controversy surrounding the iPhone 6 and 6 Plus is the #hairgate. The Android phone wielding crusaders who are all over any news that is going to get a bad rap for the iPhone are now all over hairgate. Although hairgate and gapgate are relatively new they had been no conclusive evidence that we saw with bendgate. Even after the a few weeks after the first bending iPhone 6 plus issue was first seen doing the rounds on Twitter, the stories and numerous videos of people posting videos of bent iPhone 6 plus are haunting Tim Cook and his folks in Cupertino.

How real is bendgate?

The very first video that went viral on social media was the one by Unbox Therapy after several inconspicuous tweets and posts in Facebook about the iPhone 6 Plus bending issue.

The guy doesn’t seem like the incredible hulk and we are pretty darn sure that he doesn’t have green skin and bent the phone in a few seconds. You can take a look at this video above. This video spread like wild fire and if you are not still aware of this video, you are probably living under a rock.

Of course all the people who had watched the video were not willing to buy the story and called it a conspiracy. The dude from Unbox Therapy went outdoors the second time and bent a brand new iPhone outside an Apple store in the public.

And it became a phenomenon on YouTube and a lot of people started posting videos bending the iPhone 6 Plus. There is also a video where a bunch of little kids walking in to an Apple Store and bending an iPhone in display with their bare hands.

We can’t completely ignore all the videos and grievance of people on social media, maybe it is blown out of proportion, but the issue is indeed quite apparent. Also, the people who are complaining are not saying they bent their iPhone 6 when where on an Everest base camp trek and the phone is bending of normal use.

There wasn’t any official update from Apple for a few days and finally they let a statement that essentially said that, the iPhone will not bend with normal use and there had been only 9 customers who complained about a bent iPhone with in the first 6 days of sale. The statement also went on about how the iPhone is quite robust, the quality of material they use, the 3-point bending test, yada yada yada. Again, the kind of reply that one would expect from the tech giant.

There had also been an ad compaign by Apple later, which created more outrage among customers.

There is no official sales report from Apple after the reported 10 million units sold in the first week. Some say that the bendgate issue has took a major toll on the sales of Apple’s iPhone 6 as well as the 6 Plus. However, according to the T-Mobile CEO, John Legere the sales of the Apple iPhone is not affected by the bendgate issue he also goes on to say that people shouldn’t slide their phones in their back pockets and should probably not wear tight cloths and calls the whole bendgate issue, “horse shit.” The guy seem to be very out spoken and quite passionate about the iPhone and T-Mobile’s partnership with Apple and we are not surprised.

The bendgate doesn’t seem to have affected the sales. In most of the retail stores, the devices are almost always out of stock. Maybe the whole issue did some damage, but we believe the sales still doesn’t seem to be affected. The issue will probably become more apparent in the coming months if more and more people start complaining about the issue.

If you had watched the video on the beginning of this post or had watched numerous videos on YouTube people bending their iPhone 6 Plus, you could have noticed a pattern. The phone almost always bends near the volume rockers. This is said to be the weakest point in the phone. The iPhone 6 Plus has a large surface is made up of a soft and malleable material like Aluminium. There are also a lot of large screen smartphones with metal frame (HTC One M8, Moto X 2014) out there that don’t seem to bend under pressure, the reason we believe is the fact that these phones has a robust magnesium chassis which the iPhone 6+ doesn’t seem to have.

You also need to consider the fact that the iPhone 6 Plus is not the only phone that bends. We have seen complaints in the past about the Sony Xperia Z1, the Samsung Galaxy S4, the iPhone 5S bending – but none of these devices got so much attention maybe because there were not many complaints or demonstrations. And of course people would like their iPhone 6 Plus be robust and take all the abuse of everyday use when they are shelling out a ton of money.

How to Create The Perfect Setup When Working From Home