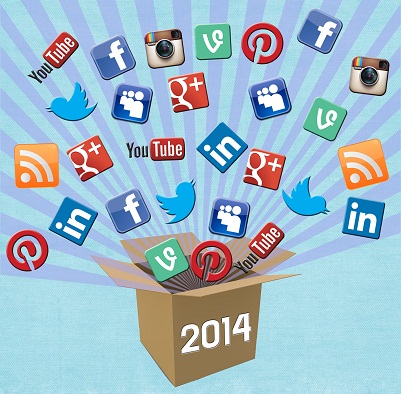 Social media plays an integral part in many people’s lives; it keeps us connected to friends and family it’s also integral to the success of businesses and is a great source around the globe for the latest news.

Social media in our everyday lives

People can spend a huge amount of time on social media, in fact social networking takes up 3 hours of an average user’s day. From talking to family and friends, even strangers thousands of miles away to looking at the latest news or gossip, social media has made its way into our lives and it’s pretty hard to avoid. Whether you’re looking for an online shopping deal or even a voucher to use in a shopping a lot of this needs to be accessed via a social media outlet.

When you consider how much activity there is when an important event happens anywhere in the world or a news story breaks on social media you can begin to understand the place it now has in our lives. Information shared that once over may have been surpassed by the media, with perhaps more realistic coverage now reported by those there and those involved.

When the Arab Spring first started over 5 years ago we saw first had what was going on, before many news agencies had sent their journalists out there. With twitter one of the first places information started coming up. We may not have seen the full details televised but we could find out about it from social media which a study found played a central role in reporting.

Is social media in our lives for good?

People once talked about unplugging from the grid, however is that possible now? To remove ourselves from social media, we would have to remove our accounts, but they still live on online, waiting for us to come back. Would people need to be detoxed, afraid without access to social media we they would be missing out on something. Study’s now suggest that even when away on holiday social media and social networking is still important. If we can’t unplug for a week away what hope do we have to unplug forever?

However we shouldn’t forget that social media can also save lives, from dealing with emergency situations, before after and during so someone simply being there for someone even at the end of a Facebook post. We have seen how social media can deal with disaster, help keep families together or help find loved ones and pets. Not to mention disaster relief after with more ways to raise money to help. So do we want less social media in our lives?

Social media has a huge impact in our lives but who owns it?

However Facebook isn’t the only company with dual control over our social media. Search engine giant Google also has a total of 1.54 billion active monthly users, which combines both its Google+ social networking website and YouTube users which it purchased way back in 2006. Yahoo, the Google wannabe, who controls Flickr and Tumblr, gains 161 million users, although small in comparison to Facebook and Google. Yahoo acquired Tumblr only last year however they have had control over Flickr since 2005.

Powering ahead in the social media arena is Twitter and LinkedIn. Micro blogging website Twitter has 271 million active monthly users, and LinkedIn attracts 187 million active monthly users, no small change for these smaller scale social networking websites. Coming before Facebook was the business orientated social networking site LinkedIn which was launched in 2003. Twitter was founded in 2006 with the first Tweet being sent by co-founder Jack Dorsey on March 21, 2006.

There are also a number of up and coming social media websites. Image sharing is hugely popular with all age groups, and has seen the rise of ‘pinning’ and ‘hearting’ websites such as Pinterest and We Heart It. Other sites including Snapchat, Ask FM and Kik Messenger prove popular with the younger generation aged between 16 and 25. This age group has moved away from the likes of Facebook, Google+ and Twitter.

These sites are clocking up an increasing number of monthly active users and are proving very popular with the younger generation, a key audience of any social media company. So much so this year Snapchat was eyed up by the ever acquiring Facebook, however the $3 billion offered was of no interest to Snapchat’s founders who did not want to relinquish to the social media giant and instead wanted to make it on their own.

Mark Pearson from My Voucher Codes said: “People rarely think twice about using social networking sites, let alone who actually owns our social media. We have known for a long time that Facebook has dominated, however their growth is also down to their acquisitions and they are not alone, with Google, Twitter and Yahoo buying up start up after start up, they are increasing their control”.

There are plenty of new start-ups heading into the arena, but it’s hard to say whether they will be as popular as Facebook. Of course there have been a number of other social networking websites that have been and gone, some are still used now but cannot compete on the same level as Facebook, Google+, Twitter and LinkedIn. And we will no doubt see many more in future, fade away.

How TD-LTE Technology is Expanding Worldwide

What Is The Real Impact Of Social Media?

How to Use Facebook Live to Boost Your Marketing Strategy

Can You Use Whatsapp For Gaming?