According to a 2016 study conducted by IBM, there are at least 1.5 million cyber attacks annually. That breaks down to 4,000 cyber attacks daily — and the numbers are only increasing. The cost of damage is going up, too. The total cost of a data breach went from $3.8 million in 2015 to $4 million in 2016.

On average, nearly two attacks per week are able to successfully navigate the firewalls and various safeguards corporations have in place. What’s worse is that data breaches often target customer information. As a result, there was a 594% increase of stolen identities in 2013 compared to 2012.

Cyber attacks aren’t the only way your business can be compromised. Protecting your intellectual property, including software code and patents, is equally important to long-term success. Attacks against businesses come in many shapes and sizes, and it’s crucial to be able to understand what you’re up against and take the proper precautionary steps. Here are five ways to protect your business from being compromised: 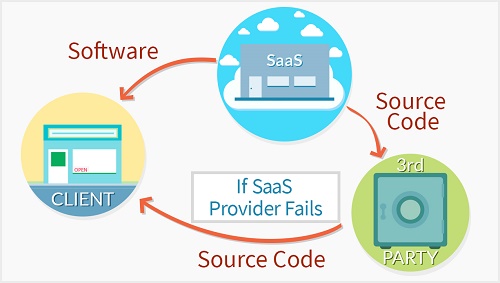 Get a software escrow

It’s risky for a software vendor to provide access to their source code. There’s no guarantee that the licensee will keep the code safe or won’t prematurely use it. A software escrow protects all parties by mitigating risks for everyone. It prevents the code from being stolen, altered or misused. It also provides those licensees with an added level of security; if the software vendor were to go out of business, the licensee would to be able to use and maintain it.

A source code escrow works by sourcing the code via a neutral third party escrow account. During the escrow process, the code is put into an executable code that allows it to be downloaded while restricting ability to change or view the code. Startups whose software is the main success driver should always have a software escrow in place as a part of its best practices.

Get a lawyer to help protect your intellectual property

Intellectual property could be anything from an early-stage idea to product and logo design. One of the mistakes businesses (especially startups) make is not having a lawyer to help identify what property should be protected with a patent, copyright, or trademark. Lawyers will also help determine the ownership entity, which takes into consideration tax issues, potential investors and partners, and business type, among other factors.

Consider the big media companies of today, like Facebook and Snapchat. These companies both began with co-founders who ended up in legal disputes over their rights to the business. Snapchat’s former Frank Reginald Brown settled with the company in 2014 after he accused them of unfairly ousting him from the startup and providing him with proper contribution or credit. Similarly, both the Winklevoss twins and Eduardo Saverin won legal battles against Facebook founder Mark Zuckerberg after they, too, felt unfairly ousted and uncredited. Had either co-founder properly identified and documented their value to the company, attempts to unfairly oust them would have been futile.

Protecting yourself against external offenders is just as important. The last thing you want is another company duplicating the work you’ve done. This could obliterate your value proposition. These powerful lawsuits serve as a forewarning for all businesses with intellectual property and/or several pairs of hands involved in the business.

Not all business theft is done over an Internet connection, which is why it’s so important to secure your hardware. One of the most infamous cases of hardware theft was a Seattle theft ring whose crimes included compromising hardware at over 50 small and mid-size business locations between 2008 and 2010. The gang was able to steal $300,000 worth of laptops, servers, cell phones, and other items, and later used those items to siphon automatic payrolls into new bank accounts.

One way to secure your hardware is by utilizing the Kensington locks that come equipped with many desktop and laptop devices. This small, metal lock port keeps these items secured to the desk, and while determined thieves may be able to evade this security step, the amount of time it takes could tip the odds in your favor. You can also employ more robust systems, such as secured server room doors and rack-mounted hardware.

Lastly, install tracking software (like Theftguard or Lojackforlaptops) on all devices, from cellphones to laptops and servers. Some tracking software can not only password-shield and shutdown the system if stolen, but take photographs of thieves. These security solutions come in many different price ranges, depending on the caliber of data protection, and many offer reasonable monthly payments.

Most business are compromised over a Wi-Fi connection, making all Wi-Fi-enabled technology vulnerable to attacks. The IoT industry is very susceptible to attacks because of this connection. Everything from smart cars and refrigerators can be hacked via the Internet. Once a hacker manages to find an open spot, they’ve reached the equivalent of bypassing your alarm and standing home-free in your office space. 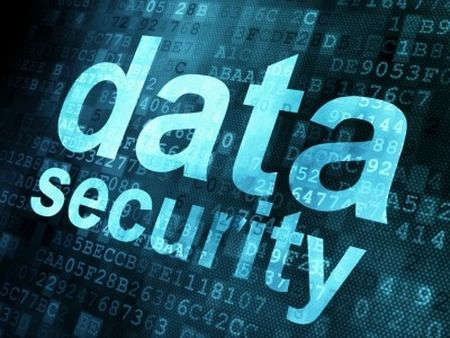 There are several ways to lock your network. The first thing business owners should do is change default passwords. Privy hackers can bypass these fairly easy, and there is a public data that contains the default passwords for over 450 equipment vendors.You should also change your Service Set ID name (SSID), block LAN requests, and enable WPA2 encryption. It’s best to enlist the services of a professional IT team to ensure that you have all the proper preventative measures in place.

Hackers go after information, and it’s the business owner’s duty to protect their customer information. This includes credit card and social security numbers, bank routing digits, addresses, etc. Most operating systems come equipped with full-disk encryption tools. These tools encrypt each file and program without slowing down your system. 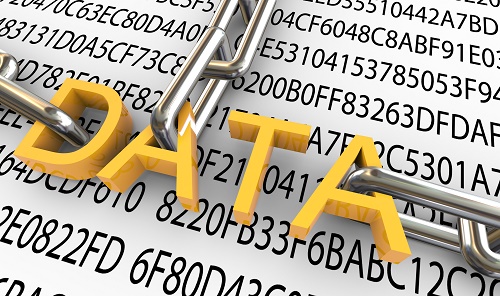 Encryption also works well in conjunction with cloud services. Consider encryption as a key to your safe. You wouldn’t give someone else the key to your safe, just as you shouldn’t give your cloud provider the keys to such valuable information. Encryption allows businesses to take advantage of the cloud’s benefits without worrying about compromising sensitive data. For example, let’s say you wanted to move from one provider to another. This process is fairly straightforward with encryption; you’ll simply get a new key and shred the old one. All data is wiped from the old provider — including backups.

Justfly’s Guide To Staying Connected With Your Customers

Technological Innovations Business Can Benefit From

4 Reasons Why A Business Plan Is Important For Startups

Why Conference Calling is Good For Your Business

3 Reasons A Holistic Business Approach Gives You The Edge