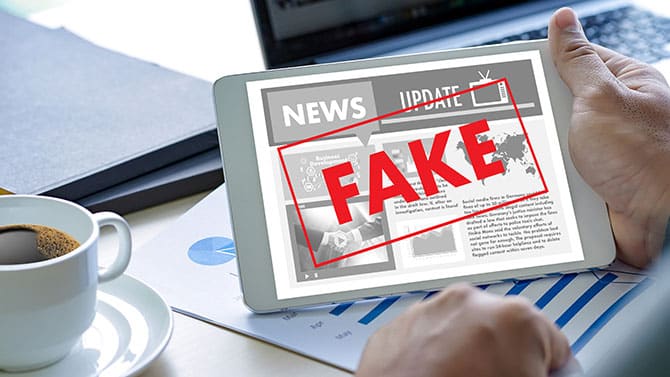 Fake news is commonplace in social media—images that have nothing to do with the current situation receive a narrative make-over and are used as a substitute for what is really happening. So, what is fake news, and how do you identify it?

What Is Fake News?

Today, the term fake news has taken the position as the standard naming convention for any false information. Fake news is something that is completely false, mostly fabricated stories that have no basis, source, or verifiable facts. There are many steps you can take to identify fake news, and you may or may not need to do all of these if you want to verify what you see on your social media.

First, you must understand what clickbait is. It is an absurd image or headline used to draw attention—its purpose is to make you click. Click baits are designed specifically to get your attention.

People want sensational and out-of-this-world news. As such, people who create clickbait fully understand the emotion that comes with the headline or image.

The clickbait creators want you to click on their ad or social media post so you get connected to their website. And if you do, you are increasing their advertising revenue.

If you see clickbait, it is almost guaranteed that it is fake news. There is a standard for truth, integrity, and ethics in journalism. People who use clickbait fail to meet all these expectations. So you need to take your time to find out if you’re clicking on a fake ad or a real one, like at GGBET.

Most often, the people who make fake news are not journalists. They do not know how to write, nor do they have any editing team.

A fake news article usually has many grammar errors and how they articulate the story. It is a complex process for people to use, as not everybody has a background in journalism. The trick here is that if you see errors in spelling and grammar, it is likely fake news.

Propaganda material distorts the news. It intends to mislead the reader so he would take the side of the propagandist. Propaganda has a political objective, and people who read such can easily spot that objective.

Propaganda material comes from both sides of the fence, especially in politics. This is not to say that the leaders of each side sanctioned it, but their followers are doing it anyway.

To spot propaganda, you only have to read the article and see if:

Propaganda is the most basic tool in politics. They want you to believe an alternative version of the story, so you shift sides. And when enough people take lies as truth, it becomes so challenging to make them come to their senses.

Why Do People Make Fake News?

There are three main reasons why people spread fake news. These reasons are money, propaganda, and trolling.

People make fake news because this type of content draws attention. If they can lure people to their website, they will have massive traffic.

On the internet, traffic equals money. The more traffic there is, the more ad impressions there are. So people who make fake news are generating tons of cash from the readers.

Some people, like affiliate marketers of software programs games sites, may also spread fake news to get traffic and sales. 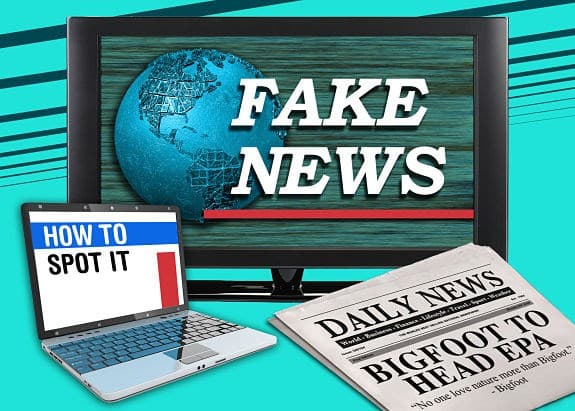 The second most obvious reason is the political agenda. Some people spread fake news to discredit their political opponents. Some groups want people to change the views and opinions of the masses to gain political support.

Propagandist fake news abounds at times, leading to the election and the first few months after the election. There are also many fake news articles that advance distorted social and political interests, especially for issues of race and terrorism.

In addition to this, there are people who are obsessed with the idea that is false—like those who believe that the earth is flat.

Lastly, there are people who simply decide to troll. They get a kick out of the responses of people, and they have a warped sense of humor. The trolls do not care what happens to the reader or the people they troll about.

Trolls also love attention, but they do not monetize their content. They also do not have a political motive—they just want to sow the seeds of chaos. Most of these people have deep-seated hatred against humanity.

Fake news spread because of social media sites. The algorithms prefer content that has high traffic and those that are receiving a lot of attention. These algorithms sift through content and identify which ones have the most likes, shares, and comments, and then push up these contents to the users.

Advantages Of Paying With Cryptocurrencies!

The Smart Way to Lease a New Car