How To Choose The Best Antivirus For Your Computer

Antivirus programs are the protection shield against all security breaches, and it’s imperative that a computer system has one installed. However, many new computer users are often confused about the antivirus they should get, with so many security brand names in the industry right now it’s a real dilemma. There are bunch of options and they are typically categorized in two types – free and paid antiviruses. Most of these programs are updated with latest virus signature files once a computer is connected to the internet, and they usually offer a weekly or monthly update package file as well, for the users that don’t have an internet connected PC.

However, there’s no flight without sight in the market, we have compiled a brief review on how to choose the best antivirus for your computer and have also come with the top 5 antivirus software list, which could truly be the starting point for most people. 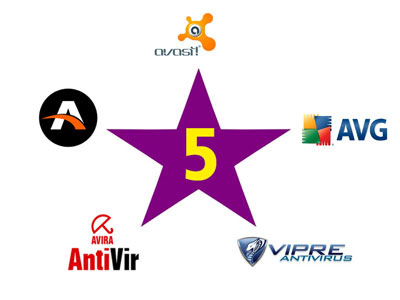 Free or Not to Free, that is the Question!

Okay, that’s a wrongly explained phrase stated here – this doesn’t even make a proper sense, but you understand what we meant. New computer users, almost everyone had gone through the dilemma of choosing between a free antivirus and a paid antivirus program at least once in their lifetime. Both are antivirus programs, but what are the basic difference that makes them stand out from each other?

Reputation is the Key

Stick to an antivirus program which is very well known for their past reputation. There are many brands that have served users for quite a long time, and there are also antivirus software that are just fraudulent programs used to gain access to a computer and transmit user data to some hacker. To stay safe and use only the safest antivirus program, it is mandatory that a user always goes for the best known antivirus product. They aren’t rare, and finding one isn’t difficult either.

The Windows operating system comes with Microsoft Security Essentials (up to Windows 7) or Windows Defender in the operating systems that were released later. These are great free antivirus programs, but certainly not up to the mark of a highest tier internet security product from some third party companies. As a replacement to a free antivirus program, we would certainly recommend Windows Defender.

We have gone through the internet reviews, the features and functionality of many antivirus programs and done assessment of the software on our own systems. Here are the top 5 antivirus programs (in no particular order) which have come out on top:

Since an antivirus program is a long-term investment, make that count by making a wise decision. Look for free trial or money back options prior to signing up, this way you can check multiple programs at less or no money at all.

Top 5 Reasons To Use Templates Every Single Time You Can

How To Protect Your Privacy While Playing Mobile Games

ScanGuard Review – Here is What You Should Know

How Not To Share Digital Data In A Cynical World