Home > Gaming > How The Sims Changed Video Games: The Impact Of The Franchise
Gaming

The modern pop-culture landscape is dominated by franchises.

You need only look at Marvel’s monopoly on cinema or Game of Thrones’ market share of the TV audience to see that is the case. The result is that well-known franchises are becoming the be-all and end-all of the entertainment industry. As popular game and book series The Witcher now makes its way to our TV screens, and old-school Hanna-Barbera plans to make a jump to a cinematic universe, our future looks set to be paved with franchise after franchise.

This, however, is by no means a bad thing.

Franchises are so successful because they are so beloved. They reach their lofty heights and captivate us because they offer something nothing else can, and so we consume them in our droves. When it comes to video games, few could argue that there has been a more significant player than the legendary franchise that is The Sims.

A Brief History of The Sims

One of the best-selling games of all time, tallying up nearly 200 million units, The Sims has dominated the simulation game market since it was released all the way back in the year 2000. Released by gaming studio Electronic Arts, The Sims is a development of the hugely popular SimCity series first brought to us in 1994.

The original game took the idea of moulding true-to-life experiences down from the massive city-wide scope of SimCity and brought it to the nuclear-family level. In doing so, it became the first ever title to establish a unique level of realism in the video-game world. While other games had existed prior to this that simulated genuine lifestyle exploits in some way, The Sims was the first to capture the 21st-century human experience in a truly comprehensive way.

Why Is The Sims So Popular?

The Sims phenomenon is a strange one. Unlike other games, where fantasy and impossible scenarios reign supreme, this is a simulation game that echoes the very normality of modern life. Where gaming is often thought to be a method of escapism, The Sims hurls people into a world as similar to their own as possible.

So what makes this franchise so successful?

Research into The Sims discovered that it is actually the reflection of our own lives that gives The Sims it’s immense popularity. Fans tend to focus on building themselves, producing a lifestyle that reflects their own circumstances in different and improved ways. The Sims essentially offers an outlet of experimentation; to explore different ways in which we can enrich our own lives and fulfil desires and lifestyle choices.

It is, essentially, the ultimate in wish fulfilment.

By offering this kind of human experience but in a completely virtual and easy-to-control environment, The Sims was catapulted to the halls of video-game fame.

Changing the Landscape of Gaming: What The Sims Did Right

The Sims revolutionised the video-game simulation market in a number of ways. 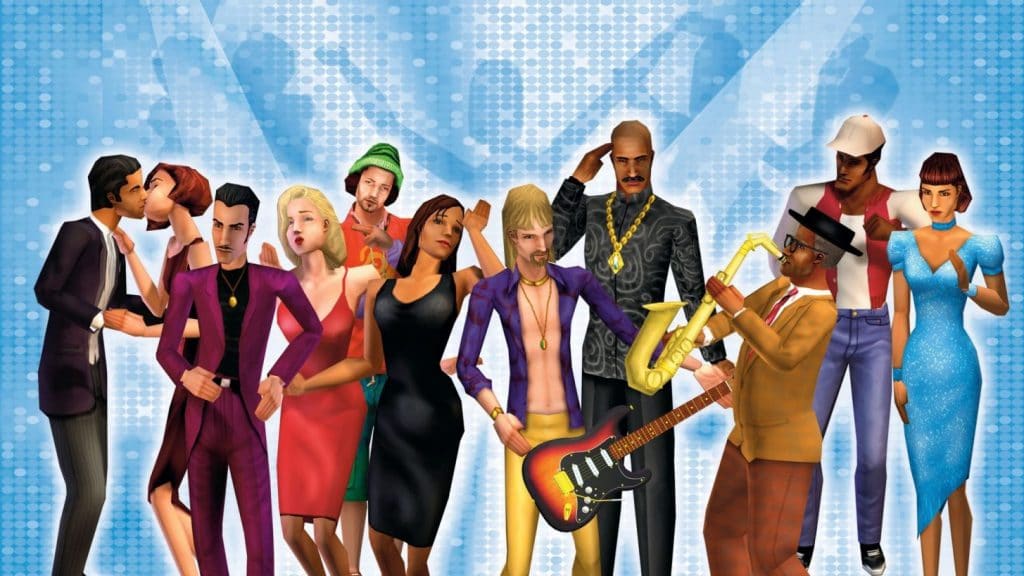 It created a freedom of play that was unheard of in the industry. The Sims wasn’t a truly objective-based game. Instead, it offered gamers a free-flowing experience whereby they dictated actions and outcomes. There were no lives, no reset features or difficulty levels to master. It was a totally blank slate in which the player built their own world.

The Sims also introduced a completely new level of personalisation and customisation in terms of creating yourself within a video-game world. Not only could you create an avatar that mimicked you, but put them in environments with other avatars of friends and family as well. This wasn’t putting your name and face onto a hero and questing in a world beyond your reach. This was building your world populated by your people.

It was unlike anything we’d seen before, and people lapped it up.

Accessible to all ages and styles of players, from highly invested gamers to those who put in an hour or two every now and then, The Sims was a game for everyone, which meant everyone played it. With further Sims bundle packs and expansions released regularly to keep gamers engaged, the franchise became a juggernaut of the industry and began to lay the foundations for many new developers and studios to build on.

What started with The Sims has now become one of the most popular genres in the gaming world. Simulation titles are massive business and appear on all platforms and mediums. From mobile apps and career simulators to quirky titles like Goat Simulator and even The Sims knockoffs, you can now find a game that simulates basically any aspect of life.

It may have been nearly twenty years since The Sims was released, but the franchise is still as popular as ever. Released in 2014, the fourth iteration of the series continues to do exceptionally well both commercially and critically.

The Sims has managed to endure, and sustain its popularity, by doing exactly what it’s always done. It has given fans an experience they crave. Like our modern lifestyle, The Sims has done two things: it’s evolved while staying fundamentally the same.

On the surface, The Sims 4 is just a more graphically enhanced version of the original title. It offers exactly the same free-flowing elements and ability to replicate the human experience while providing extreme levels of personalisation. However, every step this franchise has taken has also gone into more detail, adding new features to keep people coming back. In The Sims 4, new additions like emotion-driven gameplay, more diverse build tools and neighbourhood integration change how gamers can enjoy and explore their own custom world, without deviating from what makes the series special and so inviting.

The Future of The Sims Franchise

The Sims 4 is just another an example of how franchises continue to dominate the world of entertainment. With rumours of The Sims 5 circulating, we have no reason to believe this series is going anywhere.

And why should it?

The Sims 4 proves that there are still plenty of fans out there, and still plenty of ideas in the tank, to continue to make the franchise an exciting and immersive gameplay experience for years to come.

Those who haven’t spent much time within the simulation series should consider taking the time to revisit the franchise, and those who were once major fans may also want to think about going back to craft a new version of their own world. The Sims has solidified its place in the gaming world and the gaming industry. It changed the very landscape of it and continues to be a powerhouse we can’t get enough of. Isn’t it time you were a part of that?

ScanGuard Review - Here is What You Should Know

Top Trends That Will Rule Online Casinos In 2020