How Social Media Affects The Lives Of Older People 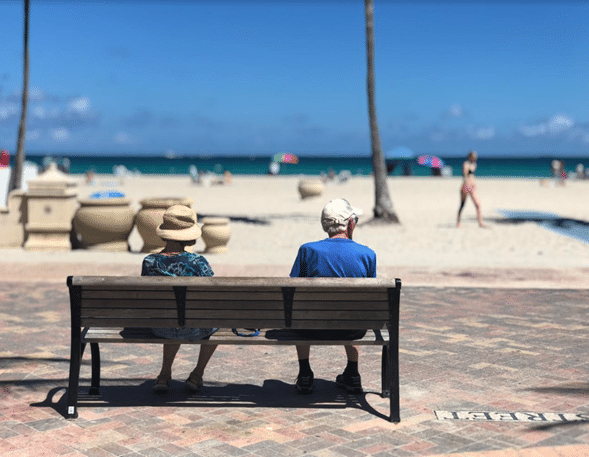 Statistics consistently reveal how popular social media is with mature individuals. According to one report (from Statistics Netherlands), 64% of 65-74-year-olds used social media – a sharp rise in the figure from 24% five years before. From this same demographic, users of Facebook had increased to 34%, as opposed to 12% over the same period. For those aged 75 and over, up to 35% were active on social media. Comparing this to the total from 2012, as low as 5%, it’s plain to see the extent to which this trend is rising.

One aspect of social media most attractive to older adults is that it can be used on the go. The survey revealed 61% of 65-74-year-olds regularly accessed their social media accounts while traveling, via mobile phones, smartphones, and tablets. They can interact with family and friends, regardless of where they are.

It is now common for seniors to have apps on their home screens for reading newspapers or checking weather reports. Social media icons can be seamlessly integrated beside all their other home screen icons. 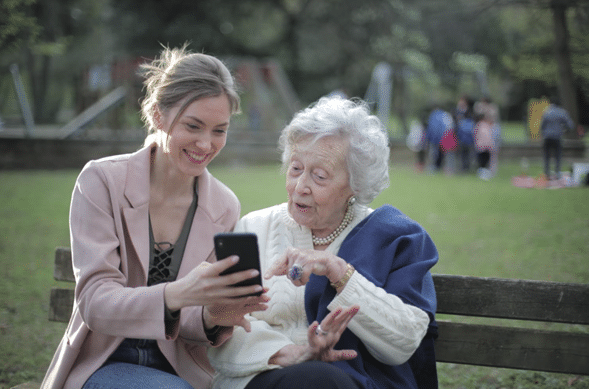 Do Social Media Try To Optimize The Interface For Older People

Tech workers tend to be at the younger end of the scale, out of college or university with the appropriate training in coding, graphic design, marketing, and so on. But they appreciate how crucial inclusivity is. People who are partially sighted or with other disabilities that might impact their ability to access websites need to be catered for. In the USA alone, almost one-in-five adults will be over 65 by 2030. Because this group will be more likely to rely on social media as a means of staying in touch with the outside world, developers focus on ensuring interfaces are easy to use and can be accessed by whoever wants to, especially that 25% demographic. 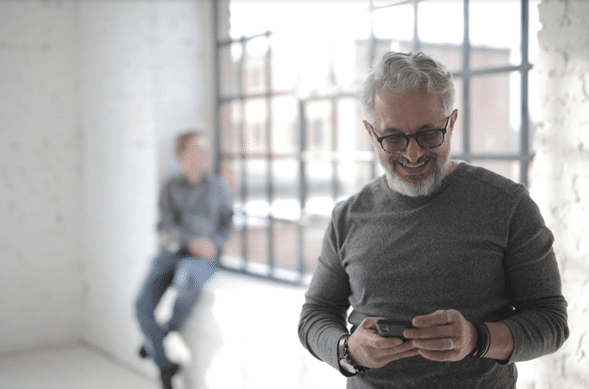 The older people get, the more isolated they can feel. They become increasingly likely to suffer bereavement or the loneliness that can occur as children grow up and leave home or families move away. Social media is an excellent way of keeping in touch. Even before the lockdown that occurred during the 2020 pandemic, giving rise to a massive increase in those using Zoom technology to communicate, seniors were making Skype calls to family in different locations. Being able to interact with friends and relatives remotely, by video chats, or simply by texts regularly has a positive impact on mental health.

One of the largest assumptions people make about seniors is that they struggle with technology, and are dissuaded from dating sites, or using social media platforms. There are so many reasons why this isn’t true. Web developers appreciate the most important aspect of designing websites and apps is ensuring a flow of traffic – the lifeblood of the Internet. Sites need to be widely accessible, so interfaces and navigation must be as user-friendly as possible. Joining a dating site can be as easy as adding a few lines of basic information to a web form (with easily adjustable screens to accommodate sight issues). Regardless of age, any site user can access all the information they need within a couple of clicks.

Do Old People Use Social Media For Online Dating?

Given the previous statistics about the numbers of older people using social media (and their rising numbers in the population in general), dating sites have been quick to realize the huge potential market at their hands.

There are so many reasons why people of a certain age are signing up to these sites. After divorce or bereavement, so many seniors are turning to online dating as the ideal solution for moving on in their lives. There are also many younger site users who are particularly drawn to relationships with older partners.

It is a mistake to think that older people are a separate cluster in social networks. Some young people like to chat with older women or men, while mature individuals also take advantage of the opportunities to interact with other singles from their generation.

Office Work & COVID: Is Technology The Only Solution?

Why China Blocked Instagram In 2014 And How To Overcome That

Who The Hell Unfollowed me on Instagram – Find Out Now