It’s an undeniable truth that over the past twenty years or so the internet has changed the way that the whole world works. Not only has the effect on business been utterly transforming, the internet has also altered the way we conduct our social lives, the way we communicate, consume, shop, socialize and even think. Each new generation is more at home online than the last, with the worldwide web and all of its possibilities more deeply embedded in attitude and outlook.

By its very nature, the internet is a global phenomenon, and to a greater or lesser extent the above holds true in every country across the world. Yet the further we progress into a world where conducting essential activity online is the norm, the more the disparity in internet access and connectivity becomes apparent. This disparity exists not just from country to country, but from town to town, neighborhood to neighborhood and family to family. Its impact on economic prospects is increasingly clear with every year that passes.

In a 2011 report, the McKinsey Global Institute concluded that there was a clear connection between the maturity of a country’s internet ecosystem and rising living standards. It stated that the increase in internet maturity in advanced countries over the past fifteen years led to an average increase in real per capita GDP of $500, and that it took the industrial revolution fifty years to achieve equivalent results. 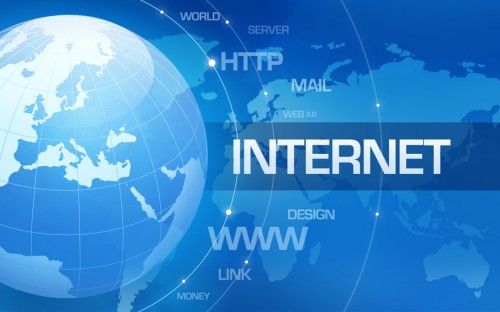 This study was based on advanced countries, but a follow-up survey suggested that the impact of developing a mature internet infrastructure in emerging economies could be even greater. These countries have the potential to make rapid leaps forward in technology, bypassing transitional phases altogether. As an example, many Middle Eastern nations have embraced mobile phone technology without ever having had a fully functioning landline network. These countries are now the fastest growing market for smartphones, and globally mobile internet access is exploding in regions that were never widely engaged in desktop computers and dial-up connections.

Rising internet speeds have enabled fundamental transformations in all kinds of business, not just those that are primarily focused on online activity. Changes in design, production, distribution and methods of sale have affected everyone from local administrators to bricks and mortar retail outlets, healthcare and utility suppliers, bars, restaurants, hotels and so on. No business can afford to be without a web presence, and research suggests that small businesses that actively utilize internet technology grow over twice as fast as those with only minimal online engagement.

These advantages apply to ordinary people as well as businesses. As consumers, they can search for specific products, make price comparisons and make instant purchases, usually much cheaper than offline. However, people worldwide also benefit from access to information, both local and global. This can empower them in terms of healthcare, legal rights, education and ideas; indeed, the internet is probably the most powerful vehicle for promoting democracy and freethinking across the world in the 21st century.

For these reasons, governments, policy makers, businesses and charities are actively engaged in increasing internet access to the least privileged in their societies, as well as improving internet speeds and connectivity in remote and underprivileged areas. In the United States, EveryoneOn internet is a non-profit movement aiming to bring high-speed internet and digital literacy to underprivileged families and individuals, and can be read about at http://www.baedaily.com/tech/software/everyoneon-reviews-internet/. EveryoneOn recognizes that internet fluency and high-speed access is now vital in terms of education, socialization, getting a job, accessing information and running a business. Their Connect2Compete program aims to give those families without an internet connection the opportunity to play on a level field and so improve their lives.

Emerging economies look set to become ever more important in the coming years, and for these countries, the internet is the great enabler. Even the smallest business can now be global, with suppliers and customers around the world, thanks to their web presence and the possibility of dynamically managed, global supply chains. Similarly, established big businesses are expanding into those developing countries where there is a supporting internet infrastructure – another reason why these countries’ governments are so keen to increase speeds and so attract international investment.

While many jobs have disappeared due to the rise of the internet, it is conservatively estimated that 2.6 more have been created for every one lost. Global talent sourcing means that individuals worldwide have greater chances, while those countries that use the internet to encourage competition and innovation will be in the best possible position in a truly connected world in years to come.

Why Monitoring Your Network Will Save You Big Time

Starting Your First Business? Are You Ready?

Everything You Need To Run A Successful Shipping Business

Why Cyber Security Is So Important for Businesses

5 Mistakes People Make When Setting Up Their Business Website

What Should You Read Before Launching Your Start-Up Tech Business In The UK?