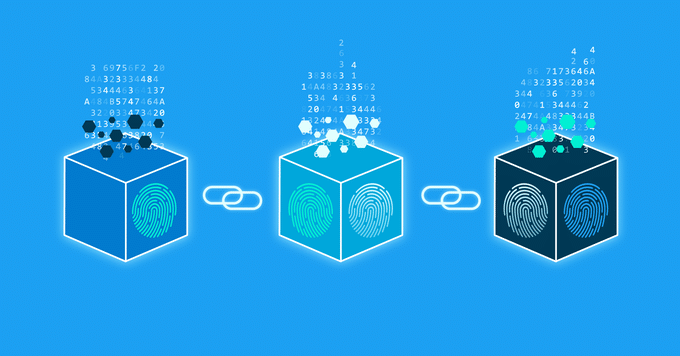 Be it peanut butter and jelly, Batman and Robin  or Mick and Keith, all of them have proven to be  great partnerships or successful marriages so to speak. When their paths merged, magic happened to forge culinary, comic book history and music. Similarly, whenever two technologies collide, the result is a groundbreaking innovation . For instance,  healthcare and robotics, supply chain and distributed ledger technology, 3D printing, and healthcare, etc.

It is an undeniable fact that AI and Blockchain are two major technologies that are catalyzing the pace of innovation, introducing radical shifts in every industry. Although each of these technologies has its own degree of technical complexity and business implications, joining the two may help redesign the entire technological paradigm from scratch.

By definition, Blockchain is a decentralized, distributed and immutable database used to store encrypted data. And AI, in its purest form, is used to describe the theory and practice of creating machines that are capable of carrying out tasks with intelligence and minimal human intervention.

Nowadays, we are facing an era of development of two powerful technologies – Blockchain and AI. Blockchain has already changed our perception of the capabilities of the internet allowing the speed of internet transactions increase drastically, making them more transparent. On the other hand, AI has opened new horizons for different business spheres, allowing optimization of the routine work and switching the attention of human workers to tasks that are more important and complex.

In this article, we will have a look at the possibilities of the integration between Blockchain and AI technologies.

How can AI change Blockchain?

Although Blockchain is a very powerful technology itself, it still has its own limitations. Some of which are technical while some come from the old-minded culture inherited from the financial services sector. But all of these limitations can be affected by AI in one way or the other.

In Blockchain, mining is a hard task that requires a ton of energy and money to complete. AI has already proven to be effective in optimizing energy consumption. Hence, similar results can be achieved for the Blockchain as well. This could also result in lower investments in mining hardware.

Blockchain is growing at a steady pace of 1MB every 10 minutes and it already adds up to 85GB. A possible solution to this is “Blockchain pruning” – deleting unnecessary data for fully spent transactions to prevent holding the entire Blockchain on a single laptop. But Artificial Intelligence can introduce new decentralized learning systems like federated learning or new data sharding techniques, to make the system more efficient.

Even though Blockchain is not very easy to hack, its further layers and applications are not that secure (for instance, the DAO, Mt Gox, Bitfinex, etc.). The incredible growth made by machine learning in the last two years has made AI a great ally for Blockchain to guarantee secure applications deployment.

Deloitte estimated the total running costs associated with validating and sharing transactions on the Blockchain to be around $600 million per year. An intelligent system might be able to compute on the fly the likelihood for specific nodes to be the first performing a certain task. This would give the possibility to other miners to shut down their efforts for that specific transaction which would eventually cut down the total costs.

So, that was how AI can change Blockchain. Now let’s look at it the other way round…shall we? 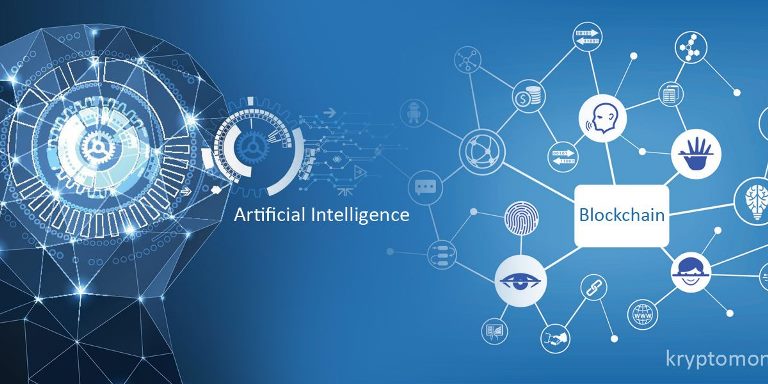 How can Blockchain change AI?

Artificial Intelligence learns by “training”. It churns through the existing data, analyzes it and makes adjustments to the settings within the program based on this analysis. These adjustments are fine-tuned over multiple training sessions. However, the analysis differs slightly with each session. And the final settings that AI will use don’t necessarily directly correlate with the input. This results in AIs that produce “eerily” accurate outputs based on new data. And sometimes it is difficult to explain how the AI learned to come to a specific conclusion. That’s why it is called a black box.

From driverless cars to medical diagnosis, implementing AI could save lives but if something goes ‘awry’, then it is hard to identify that who or what is held accountable because we don’t know how an AI came to the specific conclusion. Enters Blockchain technology.

Incorporating Blockchain into Artificial Intelligence could help demystify the black box. The results of each training session can be stored as immutable data within the Blockchain, including details on how the weights or conclusions were calculated. This would allow scientists to access every point of an AI’s training securely, providing valuable insight in case a future AI experiment takes any unexpected turns. Apart from this, there are other options as well. Blockchain variants can track AI-powered transactions, provide incentives for contributors to AI algorithms and even improve security for sensitive AI systems.

Incorporating Blockchain technology into next-generation AI models could make them more accurate, less mysterious and more useful to the industries that benefit from them.

Blockchain and AI are undoubtedly the two extreme sides of the technology spectrum- one fostering centralized intelligence on close data platforms while the other promoting decentralized applications in an open-data environment. However, together these two technologies can form an awesome tech partnership as epic as Batman and Robin’s, revolutionizing the way the business is conducted.