Home > Business > How Drones Are Being Used By Businesses
Business

How Drones Are Being Used By Businesses 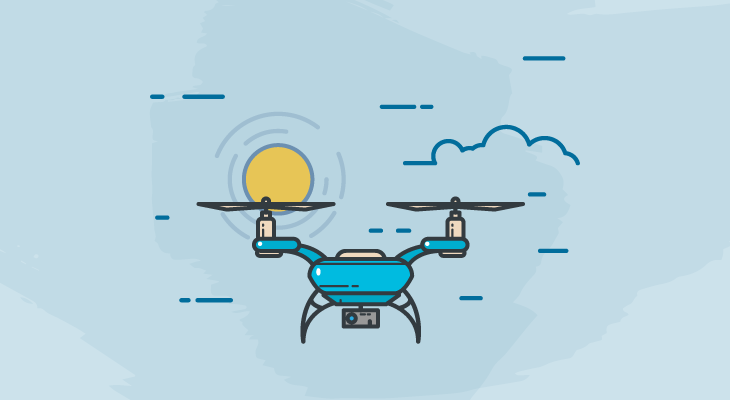 As drones grow in popularity, more businesses and governments are learning to take advantage of this new technology.

In fact, a new study by PricewaterhouseCoopers (PwC) found that drones are expected to replace $127.3 billion in current business and labor solutions in the coming years.

Drones are used across multiple business industries, including agriculture, internet services and more. Their uses range from spreading seeds in farming to aerial photography to delivering goods to consumers.

The drone industry exploded in late 2015, when the Federal Aviation Administration streamlined the registration process, first for individuals using drones for pleasure and secondly for companies looking to use drones commercially.

As the commercial drone industry grows, it is providing new opportunities in terms of jobs, product optimization and safety. Here are examples of how commercial drones are impacting industries across the globe.

With pressure on farmers, the agriculture industry is innovating at a rapid pace, especially when it comes to drones.

Farming giants like Monsanto and John Deere are working with drone companies to help increase yields. As drones become smaller and less expensive, individual farmers have been able to purchase drones to increase productivity and yields on their acreage.

Drones can be used for many tasks. Some drones are equipped with water, pesticides, or herbicides, and can release their payload on a specific area, with the farmer watching from yards away on a screen.

One drone, from American Robotics, has the ability to deliver crop health reports on scouting missions, which can tell farmers crucial information about a section of their farm and how its crops are doing, whether it’s flooded or too dry, and more. Drone technology is increasing efficiency among farmers, which is necessary as the world’s population grows.

One of the most dangerous jobs in the country is a utility technician.

When a thunderstorm knocks out power, we see someone from the electric company use a crane to stand 20-feet in the air to resolve the problem. Technicians could be electrocuted during the repair and are at the mercy of weather conditions.

Now thanks to advanced drone technology, those repairs can be done from a much safer location.

AT&T recently sent drones on a reconnaissance mission to inspect cell towers, and the New York Power Authority used drones to inspect an ice boom near Lake Erie. For AT&T, there had been 34 communication tower related fatalities, but by using drones, that number can be reduced significantly, if not to zero.

In addition, before drones the NYPA would spend more than $3,000 to inspect ice booms, but sending a drone cost just $300. For AT&T, there had been 34 communication tower related fatalities, but by using drones, that number can be reduced significantly, if not to zero.

Other energy companies have gotten in the act, using drones to inspect power lines or windmills, cutting down on cost, time, and danger. 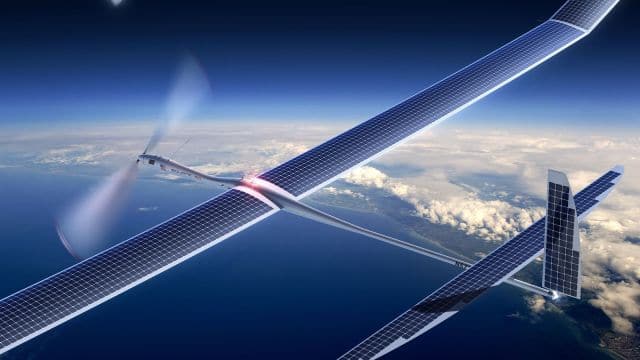 The internet, and the marketplace that lives within it, could be the industry with the highest projected growth.

While companies have made incredible advancements in broadband internet technology over the past decade, there are still billions of people across the globe with limited or no internet access.

Today’s internet giants, from Facebook to Google, to telecommunication corporations such as AT&T, are looking to solve these problems.

AT&T has launched a drone that can be used as a temporary cell tower, with the drone hovering over areas decimated by a natural disaster – such as Puerto Rico after Hurricane Maria in 2017 – or at a mega-event such as the Super Bowl or the World Cup, where local infrastructure could struggle to handle the mass of cell phones using its network at once.

Both Google and Facebook are taking a more global view, trying to provide the entire planet with internet connectivity.

Both projects are still being tested, but it could only be a few years away before pilot projects are approved in areas across the world.

Ready for a Technology Degree? 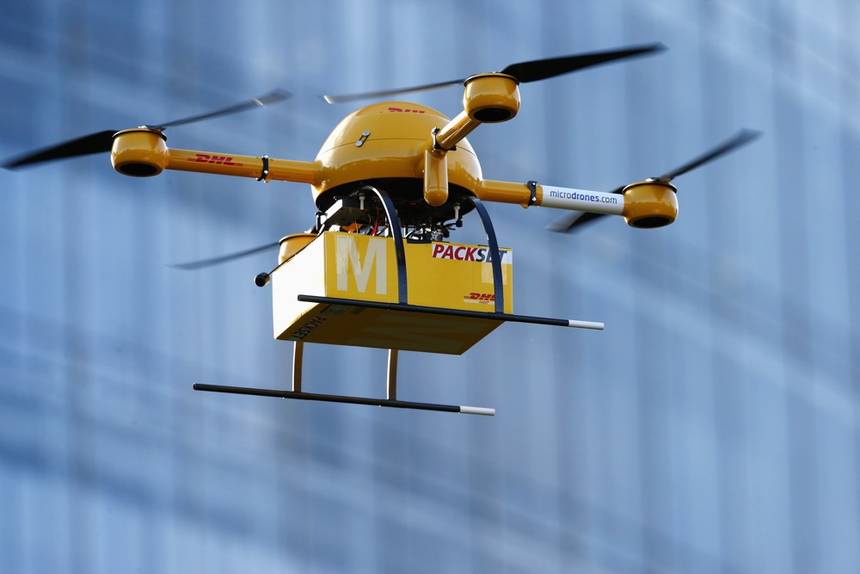 We still need a person to hand-deliver mail or packages to a specific location, whether a post office box or a customer’s front porch. But with Amazon’s ambitious Prime Air project, we could see drones delivering packages.

The autonomous drone will deliver a package in 30 minutes, according to Amazon.

To protect soldiers, conduct reconnaissance missions, and launch targeted rocket strikes, many militaries are working with the latest drone technology.

A report from Goldman Sachs projected that $70 billion in military spending would pace the drone market as more drones are used in warfare in place of humans on the front lines. Some military drones could sit in the air for up to 17 hours, sending back real-time images back to military personnel protected on the ground.

The growth of drone technology gives individuals and companies alike a new way to interact with the world, but it doesn’t come with a free license to fly.

In recent years, the FAA has codified rules and regulations that drone operators must follow, including no-fly zones, staying below 400 feet and for amateur drone pilots, keeping drones within eyesight.

There are private companies that offer drone training courses for individuals and corporations, which include FAA regulations and how to avoid crashes and incidents.

Learn More About the Impact of Drones

Drone technology is set to impact global business to the tune of more than $120 billion. If you want to be a part of the future of drone-related services, consider enrolling in King University’s online BS in Information Technology. In our flexible program, you’ll learn the key skills needed to excel in the IT industry, including learning cybersecurity, information systems and technology research methods. You can complete major coursework in as little as 16 months and even better, our fully online format allows you to balance your education with your already busy life.

This article was originally published on online.king.edu

How To Prevent Costly Downtime From Wrecking Your Business

Know Your Platform: Justfly On How To Best Communicate With Your Customers And Recruits

Useful Strategies For A Great Culture In A Global Organisation

The Pros And Cons Of Being An Entrepreneur Vs An Employee