Home > Forex > Forex Robots: Are They Worth It?
Forex

Forex Robots: Are They Worth It?

Let us first establish what a forex trading robot is.  A forex trading robot is a software program that automates your trading decisions. Some would even deem it as a must-have technology of the business. These robots could be considered double edged swords due to their capacity to be both helpful or detrimental.  One of the added benefits of a forex robot is the lack of emotional involvement when initiating a trade. As humans were are prone to a slew of emotions, especially when money is involved; trading robots eradicate these issues. So the question that then avails itself is, should you be using a trading robot? 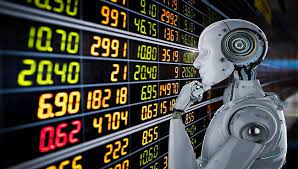 If your forex strategy is such you’ve elected to remove yourself from all decision-making factors, then you can literally program your forex robot to trade on your behalf 24 hours a day. Why you might elect to go about things this way could be attributable to a number of reasons. Your life might be such that you simply don’t have the time to attend to it yourself, or you may have decided to remove yourself from it emotionally, thus allowing the chips to fall where they may.

These days there are quite a few companies out there that sell forex robots and while the market isn’t saturated, it’s important to be vigilant if you’re going to purchase one.  For instance,  the online trading landscape has had its fair share of scandals when it comes to the sale of forex robots. Usually a rogue company will emerge out of nowhere with the promise of guaranteed riches and a money-back guarantee. Within weeks the company has disappeared and you’ve lost the money spent on the robot and on your trades.  Some companies incorporate robot-based trades with a multi-level marketing scheme, as was the case of the now defunct MTI (Mirror Trading International).  To avoid the pitfalls of such offerings, it’s always advisable to read new beginners guides to Forex trading on reputable forums.

The fact of the matter is that there is no Holy Grail when it comes to automated trading systems. If there was, sharing such a system would be unlikely. At the end of the day a forex  requires immense research prior to purchase and should rather be used as a companion-piece tool or part of your arsenal as opposed to a sole savior.

Making your own robot

A key question to ask yourself regarding the sale of a forex robot is: why is it going at such a discounted price? In light of such a pertinent question, you might want to consider creating your very own automated trading system. Sure, it might take some work, but at least it won’t take your money. Ideally, you’ll want to start things off with a demo account as it mimics the actual live environment from which you can profit. Be sure that the broker with who you’ve opened the account supports MetaTRader and proceed to play around with MQL scripts; these scripts can fulfil both trading and analytical functions.  Another thing to be aware of is back testing, a trading strategy that uses past proven data to to see how another strategy will perform.  Once your new system passes the back testing, it’s time to apply it in the live environment to see it will perform as required.  If it’s not up to scratch, try and tweak it; if it works, you might want to scale things up. As noted earlier, there is no final solution, but there are add-ons and if you purchase or create a good forex robot, it should be seen and utilized in that light.

Help Your Teenager Revamp Their Bedroom With Custom Neon Signs

6 Ways To Beat Your Competition On Search Rankings

The Advantages of Demo Account Trading: Learn The Tricks Of The Trade For Free

What Is a Stock Market Indices? Market Index Definition

Forex Robots: Are They Worth It?