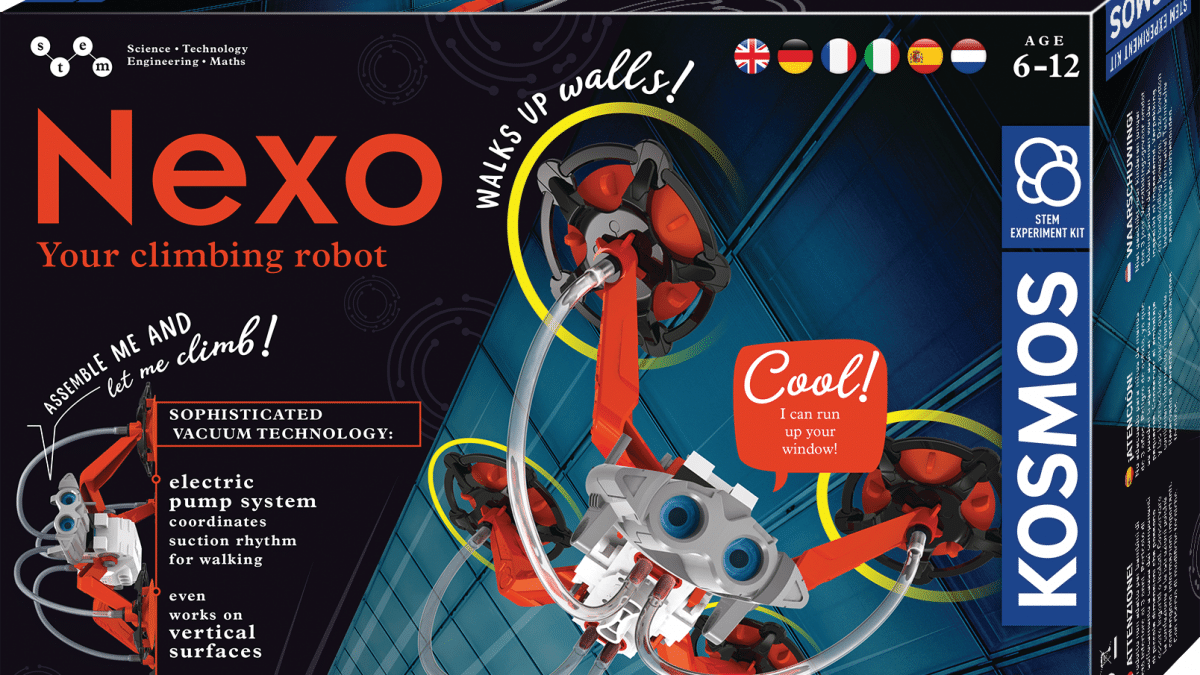 How much screen time children have is a big issue in today’s world. Millions of children are exposed to electronic devices like tablets and mobile phones in their formative years. But leading doctors and senior medical experts are now warning the amount of time young people spend in front of screens needs careful assessment.

It’s old news that modern children are hooked on electronic devices and the plethora of video games available on the market. Games have become more immersive and more addictive as the digital era has rapidly evolved. One Canadian law firm even took the makers of Fortnite to court this year, criticising them for purposefully making the game too addictive.

What, then, are we supposed to buy children at times like Christmas or their birthdays that are going to make them happy other than video games? The problem is electronic gadgets and devices aren’t always a bad thing, but it is hard to find those that are fun and educational. Here we suggest five fantastic toys that can be greatly beneficial in developing skills in children and young people – but at the same time are fun and immersive. 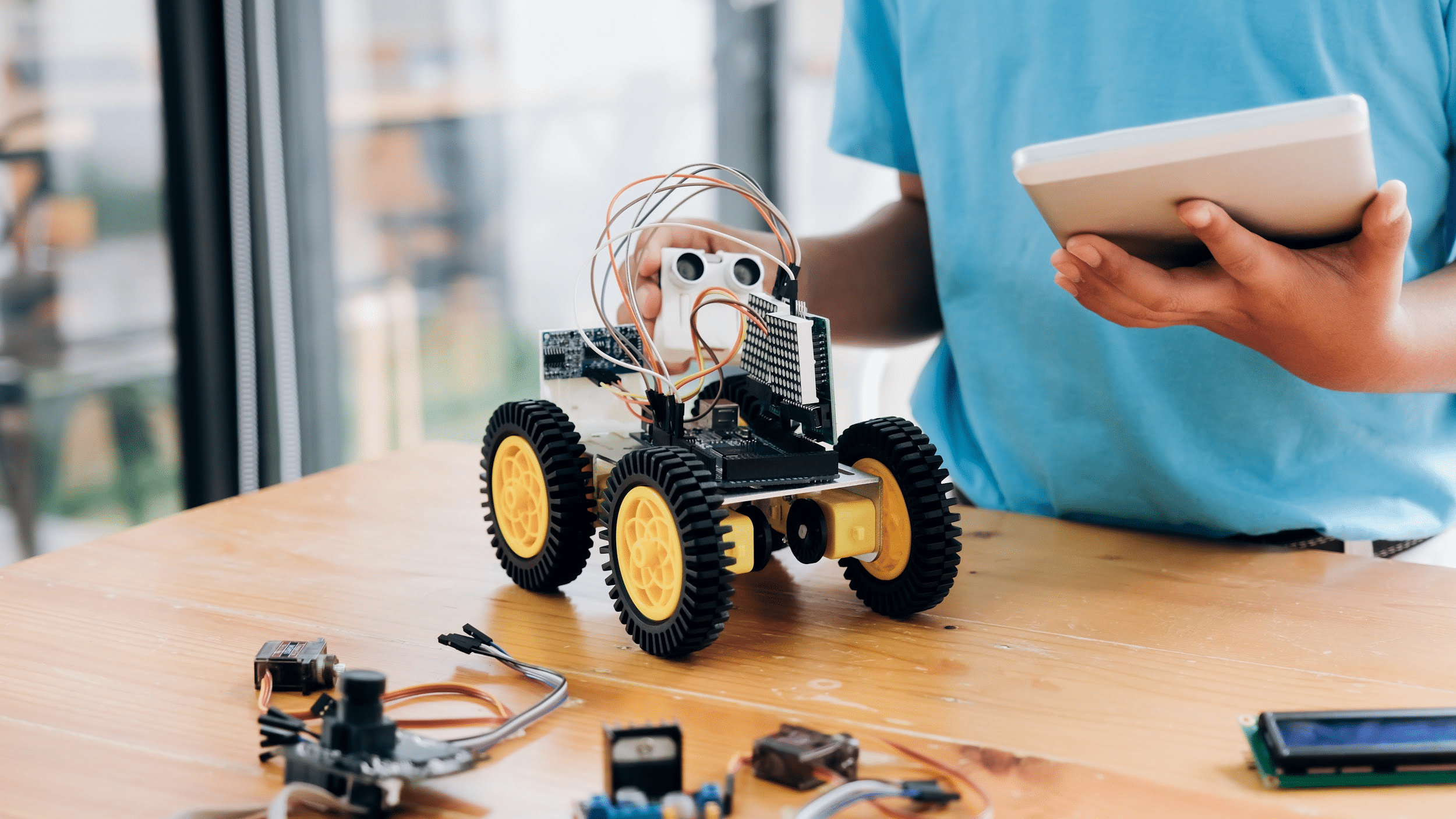 1. Tobbie the Self Guiding AI Robot

Tobbie the self guiding AI robot is a fantastic toy for inquisitive kids who have an interest in electronics, artificial intelligence and coding. Tobbie is built from scratch using push-out plastic pieces. Kids assemble him using the 107-piece self-assembly kit. Following the instructions provided, children can put together a fully functioning intelligent AI robot.

Tobbie has two modes. The first is a “follow me” mode where Tobbie follows anything moving — another robot, an animal or your hand. The other mode is the “explore” mode, where Toby uses a set of IR sensors to avoid bumping into things. Kids can set up obstacle courses and watch Tobbie navigate through them.

Equipped with six legs, lights and sounds, this intelligent robot stands at 16cm tall and will become a great companion of any young kid, filling them with pride because they put Tobbie together themselves. 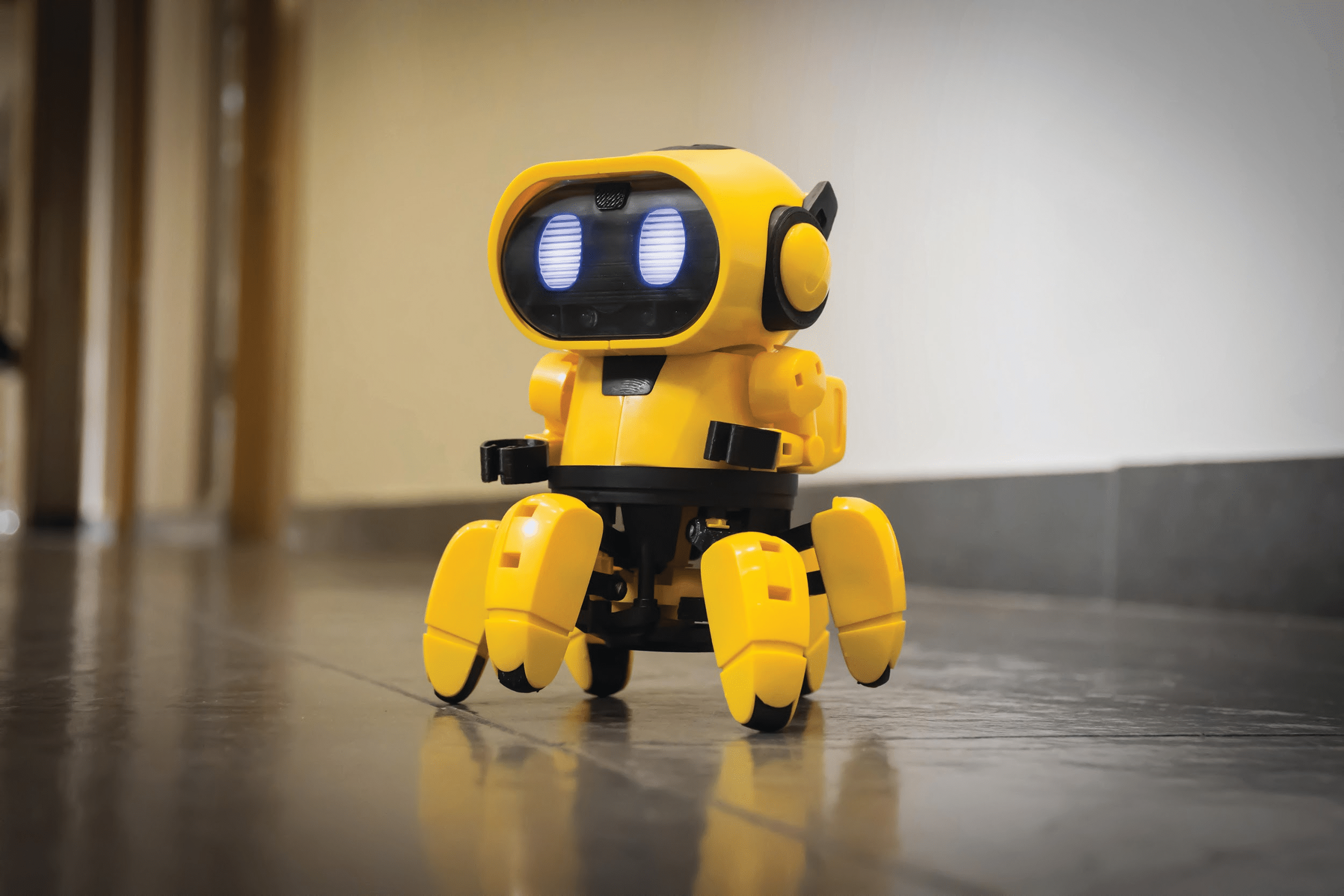 Hexbug Battleground Spiders are reminiscent of that old television classic Robot Wars. Kids can fight and race each other with their bugs. Equipped with a laser and sensor, each spider has a 1.5-meter fire range and detect hits, allowing friends or family to have epic one-on-one or two versus two battles. The Hexbug Batteground Spider is stunned for one second when hit, allowing the other to catch up or get into position. Coming in a two-pack, this is a great gift for siblings but also for playing with friends and family! 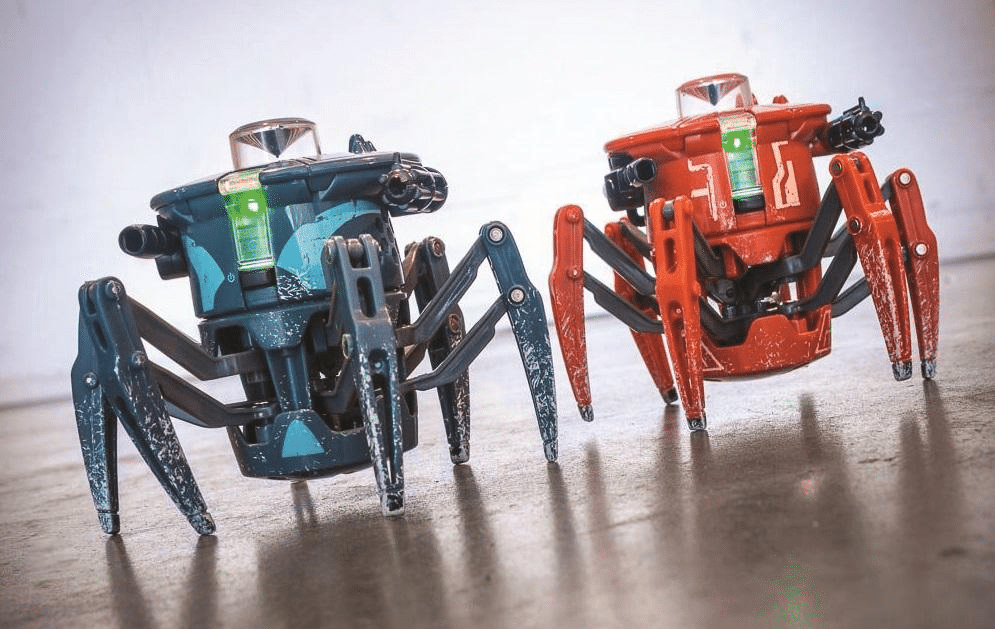 What kid doesn’t dream of being a spy? The Logibloc Spy Tech kit is an electronic discovery system that will have kids sneaking around the house and garden pretending they’re a first-class spy. This toy is fantastic for introducing children to how electronics and computer science works.

Using seven blocks, including a power base, button, light sensor, circuit, bleeper, not and recorder children can build inventions using the same principles as modern high-tech inventions. The seven different parts are plugged together and connected with other logiblocs kits to create things like door alarms, intruder warning devices, coin guards, or to record and play back secret messages.

By creating these circuits, children are virtually writing simple programs. They might be able to carry out sneaky activities, but they will also be learning about electronics and computer science while having mischievous fun! 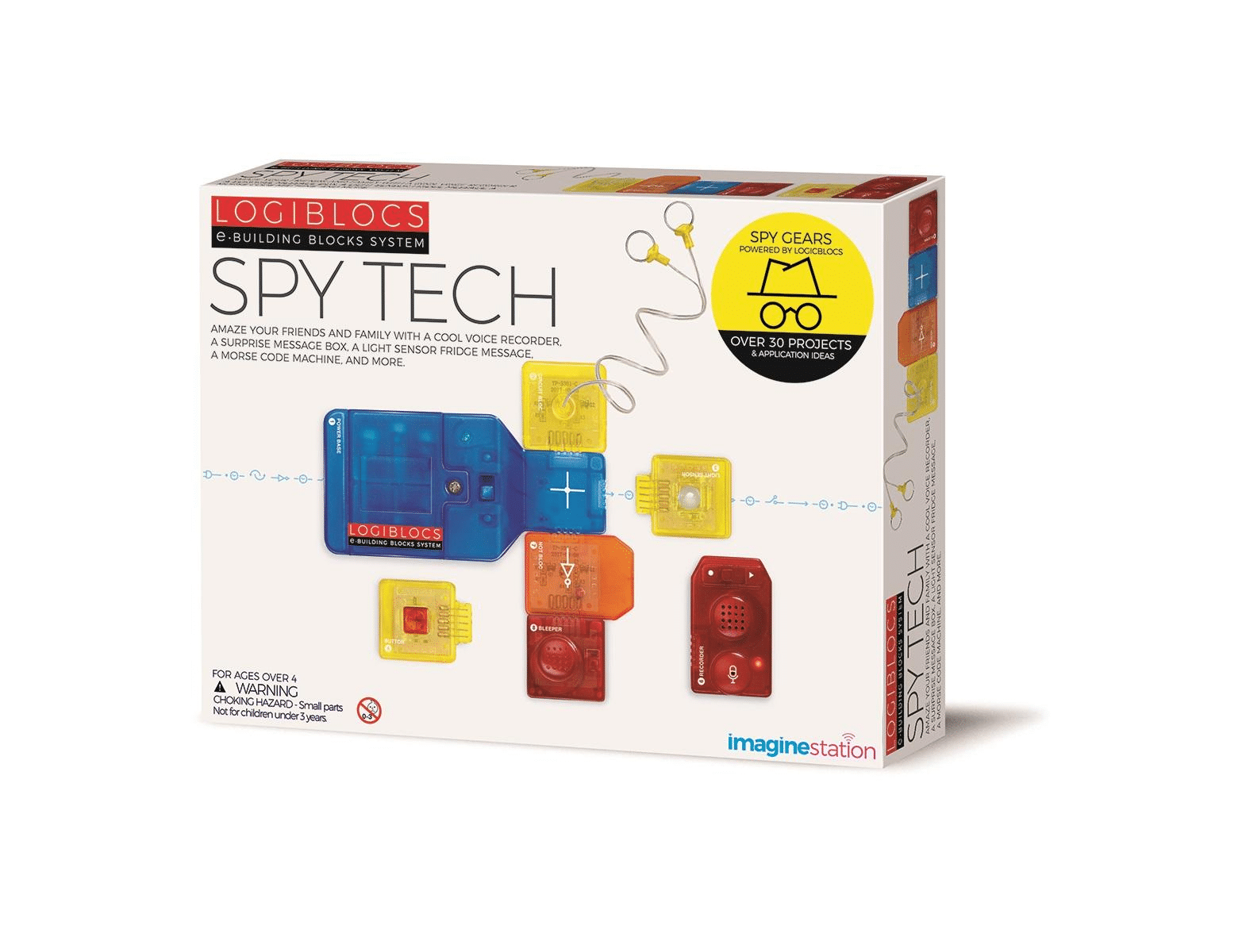 StikBots are a brilliant STEM toy that combines today’s obsession with mobile phones and a thirst for creation. These small plastic men come with suction hands and feet so they can be moved around and placed in different positions. By downloading the free application that comes with each pack, kids can produce animated movies and post them to social media. Dance routines, romances and escape plans are just a few genres kids might come up with. But realistically, anything is possible with Stikbot Animation Studios.

Each pack comes with a coloured Stikbot figure, a pet and a tripod to hold a phone. More StikBot figures can easily be added for as little as £5.99 as plots and characters become more complex! StikBots are the first social media sharing toy that encourages kids to be creative and produce visual arts or tell stories using animation and voice-overs. 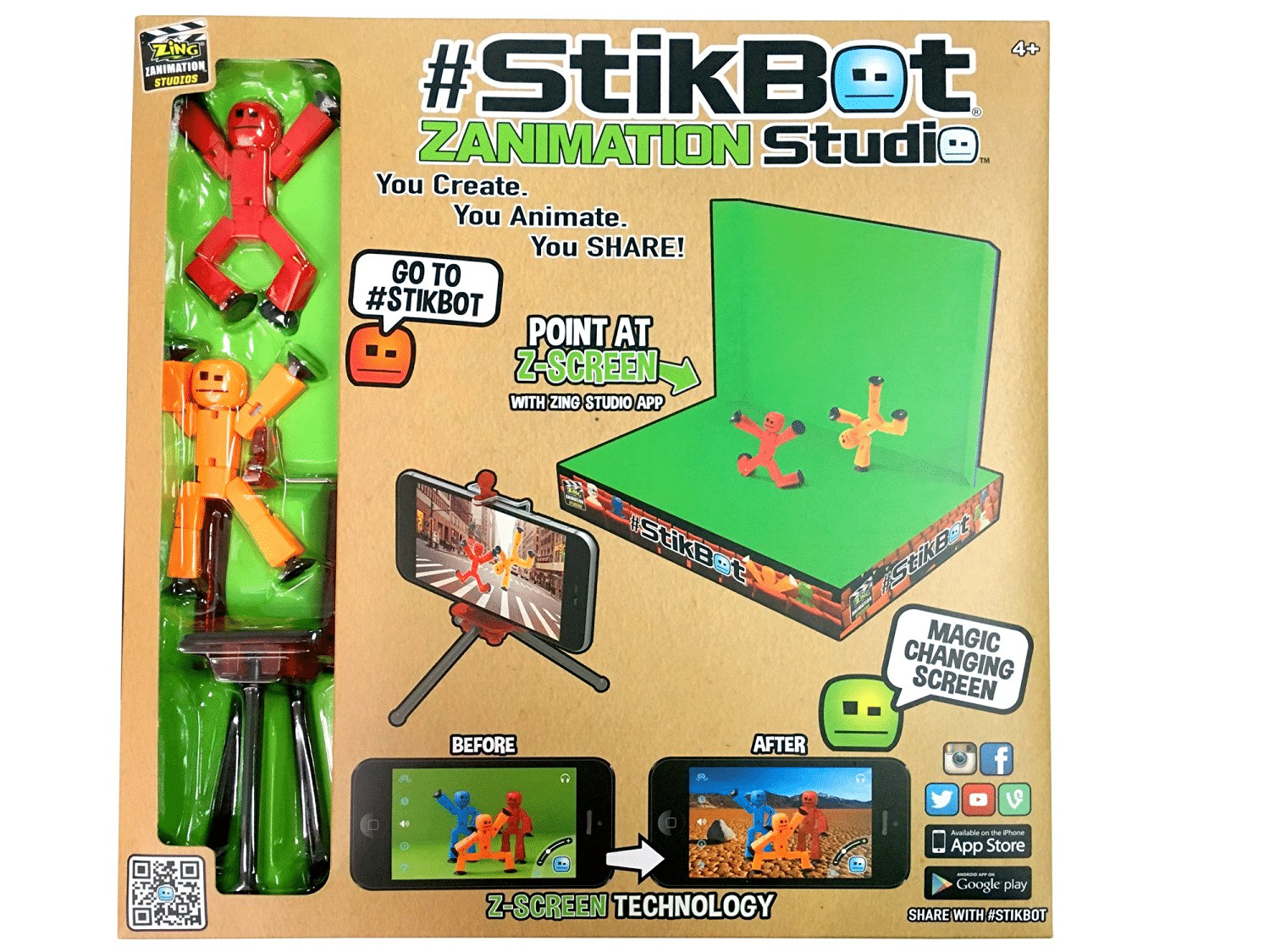 What is better than a robot that walks? A robot that climbs! Nexo the Climbing Robot from Thames & Kosmos is a four-legged, gravity-defying ingenious climbing robot made up of 72 pieces. Once again, children are tasked with constructing it themselves — but the colourful graphic novel style manual that comes with it makes putting the robot together as fun as using it once built.

A series of mechanical suction devices allows this fantastic electronic toy to climb walls, windows and any other flat, vertical surfaces that you might come across inside or outside. This great toy brings physics to life and lets children design and experience science first hand. 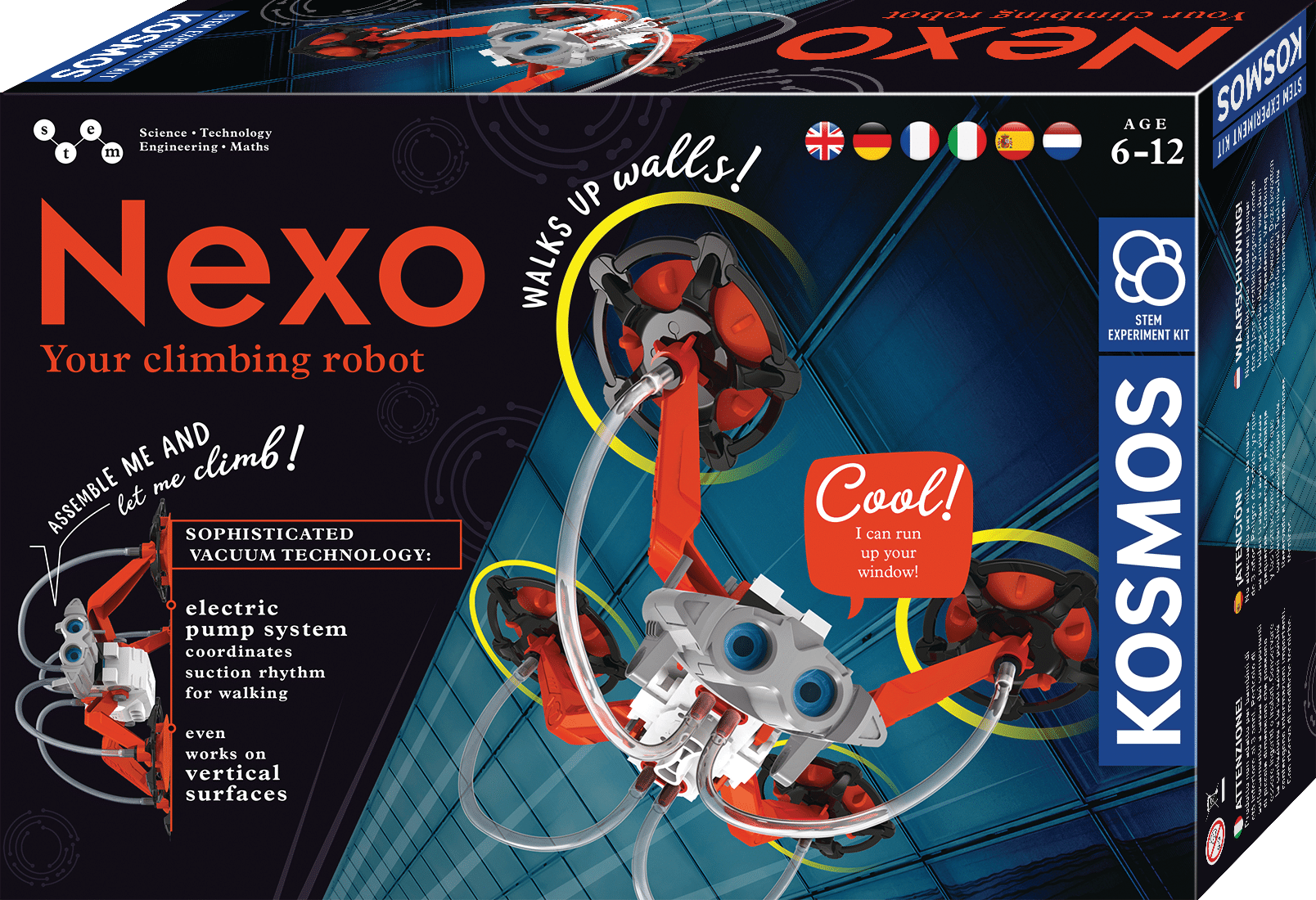 How To Track Your Child’s iPhone Without Them Knowing