Do You Want To Build A Popular iOS App And Make Money This Guide Is For You! 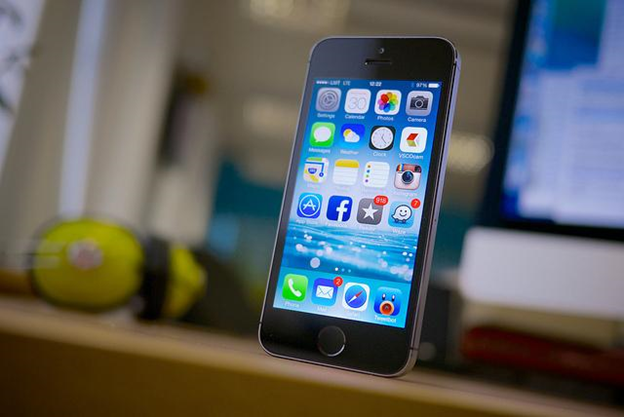 It’s no secret that there are growing numbers of iPhone, iPad and iPod touch users around. They all use apps on their devices to perform a variety of functions like productivity. Many people might use apps for entertainment purposes too.

Whatever the genre of app, the statistics show that iOS device usage is on the increase. Are you thinking of developing an app? And do you want to monetize it? If so, the best platform to do that is on iOS, as you may have guessed!

I know that some folks also use Android, Windows Phone and BlackBerry devices. But, it’s often easier to make money on the iOS platform, believe it or not! If that’s something you wish to do, today’s handy guide got written just for you! Here’s how to get started:

If you’ve never built an iOS app before, you’ll need to get familiar with the submission process. In general, it involves making sure you follow Apple’s developer guidelines. You then need to submit your app for review, a process that can take around a week or so.

To submit your app, you’ll need to create a “Developer Account” with Apple. But don’t worry; you don’t need to be a programmer to do that! It’s just the account that will get associated with your app when it hits the App Store.

Whenever you look at or download an app, you’ll always see the name of the developer on there. In your app’s case, the name will match what you’ve set up in your Developer Account.

I recommend doing some research into the App Store submission process. After all; the last thing you want to do is submit an app for review that will get rejected by Apple!

Usually, the reasons for rejection are down to copyright or trademark infringement. Other rejection causes might be down to poor app design and lots of software bugs. I’ve heard that a few reasons were down to “inappropriate content.”

Again, review the app development guidelines. You may need to sit down, though, as the content is several pages long!

Come up with a good app idea

Now that you’re familiar with the submission process, it’s time to think about the idea for your new app. If you’ve come up with an idea, but someone else has already created an app for it, don’t worry. Here is your time to shine! You can still go ahead with your idea; just make your app better than the ones that are already available.

Some might assume that there’s no sense in “reinventing the wheel” as it were. But, one can always improve upon an existing idea. If people didn’t do that, we’d all have to “make do” with people’s original creations!

Let’s say that your idea revolves around sharing files between an iOS device and PCs. You could find it what it is people don’t like about existing apps and fix those problems with your new app. You are more likely to have people download your app if you offer something new or unique. Don’t just copy someone else’s idea verbatim!

Look at what’s successful in the App Store

Yes, I know that “success” is something that can get measured in many different ways. But, for the purposes of this article, I am talking about popular downloads.

Look at the similar apps to your idea that do well in the App Store charts. What makes them so successful? Here is where you’ll need to do some more research. But, as with any new product that hits the market, research is key to success. Don’t just assume that your app will be a hit when the only person that would use it is you!

Your app is, in essence, a solution to someone else’s problem. Find out what problems the top ranking apps solve and learn how they do it.

Once you’ve done your research, it’s time to get started building your app. At this point, you might be thinking that you’ll have to learn how to be a programmer. It might surprise you to learn that development skills aren’t essential! 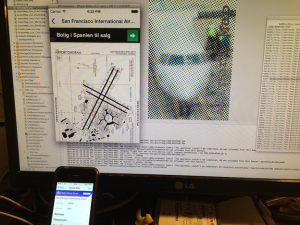 If you want to save money on your app development, you could also use some online tools to build your app. They are simple “point and click” services, and you only need a basic knowledge of HTML. I do recommend getting an actual developer to code your app. That’s because you open up more possibilities for what you can do with your app.

Get people to test your app

Before you release any software to the market, regardless of the platform, you need to “break it”! Get a few of your friends and family to test your app and check for any issues or “bugs” in it.

That way, you can report the feedback to your app developers and have them fix the code. Be sure to have people test your app on different iOS devices and operating system versions. That way, you’ll also increase your audience reach to people that use older iOS devices.

Submit your app for review

The last thing on your to-do list is getting Apple to review your app. You can’t start advertising or selling on the App Store until that step gets completed first!

Be sure to use an extensive description of your app, adding in the right keywords so people can find it. Most of the time, people search the App Store by the type of software or game they want. They will seldom search for a specific app name.

Now that your app got approved, you can start working on getting people to download it! For instance, you may wish to set up a website and social media pages for your app.

You might also want to pay for PPC advertising on Google and other search engines. If you want to make money from your app, you need to spend some time (and money) marketing it outside of the App Store.

How to Manage a Growing Online Business?

9 Critical UX Skills And How To Develop Them

Mobile Apps You Must Have as a Sports Fan