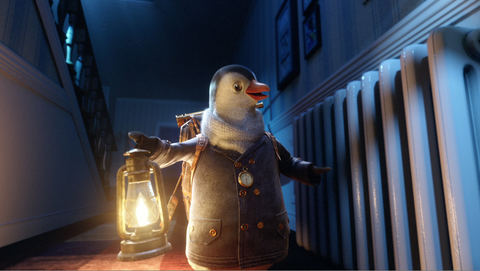 Every year, many adverts are shown on TV that move us, make us think and entertain. Ultimately, it’s all about selling something, but that doesn’t mean there can’t be room for creativity and storytelling. With this list of the best energy commercials for 2016, discover how the leading providers have marketed their products so far.

First Utility released their latest advertisement recently, showcasing a humorous and visually engaging style that captures your attention. Playing on the fact that all energy suppliers are basically offering the same product, they ask the question “why pay more?” To emphasise this point, throughout the advertisement the narrator stresses that the supplier is now offering new “super-conductor” unicorn powers, making “steetlights shine brighter and food cook quicker.” This is an effective tactic for drawing the viewer in before highlighting the contrasting reality of the situation.

British Gas introduced Wilbur the penguin in their latest TV advertisement, a lovable creature who stumbles on a warm and welcoming home amidst a snowy landscape. Using slick CGI animations and a customer-oriented message, the commercial manages to effectively demonstrate the role this energy supplier plays in making the home a relaxing haven; as Wilbur explores the house, he feels the heat of the radiators and the warmth of the running water, before stumbling on the branded boiler to tie in the energy supplier to the key message.

E.ON’s new advert for 2016 is a straightforward and to-the-point presentation. Rather than relying on fancy CGI or tug-on-the-heartstrings stories, this advert sees company representative Steve and customer Greg transported to various locations to demonstrate the “Whenever, Wherever” qualities of their service. From Santa’s lap to a Medieval battlefield, the advert uses ever increasingly ludicrous settings to effectively get their message across in a visually entertaining way.

The new Scottish Power advert turns the focus to the family and the real-world applications of energy. Set in an average family home, we see people running baths, boiling potatoes, ironing clothes and using their mobiles as the advert drives home the message that the energy supplier cares about the little things, as well as the big things; the commercial ends on an image of off-shore wind turbines to demonstrate their environmentally friendly concerns as well, or the “big things.”

The SSE orang-utan that got people talking back in 2014 has made a comeback in the energy supplier’s latest TV campaign, which sees the CGI animal walking among the bright lights of the funfair once again. This is a particularly notable campaign for its simplicity in conveying the importance of energy in bringing a place to life. The realistic look of the orang-utan depicted here also manages to get chins wagging, which is never a bad thing.

With 2016 having only just begun, there will likely be many more entertaining advertising campaigns released over the course of the year. What would you like to see in an energy advert and who do you think will produce the most memorable commercial in the future?

A Guide To Making The Internet Work For Your Company

How To Win Millennial Customers In 2017

A Guide to Managing Google Ads

PayClick Review: Get Guaranteed Earnings For Your Site Traffic

Benefits and Drawbacks of Hiring PPC Professionals or Do It Yourself