It’s fairly common for people to find themselves attracted to fantasy characters. This is especially common in animated shows, specifically anime! With that in mind, it should come as no surprise that many anime shows are centered around the romantic pursuits of their main characters. After all, appeal to your audience, correct?!

Adaptations usually go one of two ways: either a romantic anime gets turned into a video game, or a romantic video game inspires an anime series. Of course, an impassioned manga can also get adapted into an anime, which in turn inspires a video game! Regardless of how the transition happens, anime, dating, and video games have a long history of being intermingled! 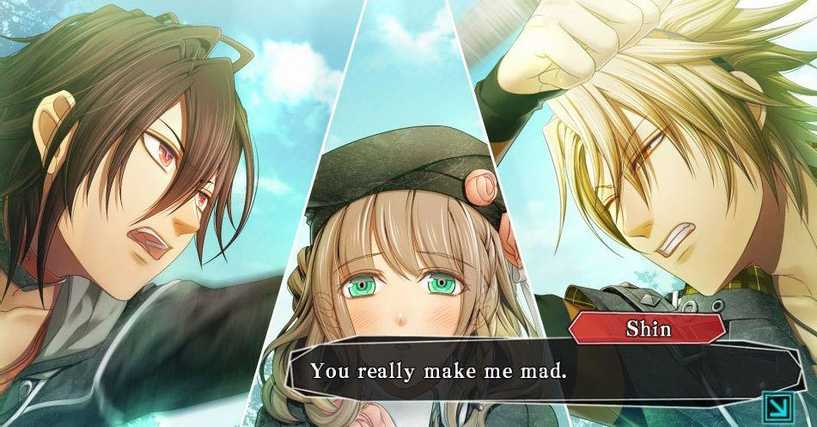 Although single gamers often find partners after carefully researching and reading the animedatings  on the web, many others prefer to find their partners in-game, or at least to “train” with cute anime-style dating sims. The advantages of this approach are obvious: you can customize your character’s avatar to your preference, pursue partners with the limited worry of rejection, and live a life that drastically differs from your real-life experience. Of course, sometimes singles don’t want to deal with the actual effort that a real relationship requires, which makes dating titles much more appealing. If you’d like to enjoy the “high” points of a relationship without any real-world repercussions, then we think you’re sure to enjoy the three games listed below!

This otome game was first released on PlayStation Portable on May 30, 2013, and later ported to PlayStation Vita on December 11, 2014, under the title “Norn9: Var Commons”. The story begins with a young boy named Sorata Suzuhara, who accidentally goes back in time & finds himself on a spaceship called Norn9. However, you don’t actually play as Sorata: instead, you begin the game as one of the three gifted (possessing superpowers) female leads: Koharu, Mikoto Kuga, or Nanami Shiranui. Koharu is a happy girl who can control fire. Mikoto Kuga is a calm girl who can create force fields. Nanami Shiranui is a bashful girl capable of erasing other people’s memories. The story follows the inner romances of the young singles on Norn9 & their adventures in a futuristic world. The success of Norn9 led to its adaptation into an anime, which spanned one season & contained twelve episodes.

Alice in the Country of Hearts

As the name somewhat suggests, Alice in the Country of Hearts is a loose adaptation of  Lewis Carroll’s novel “Alice’s Adventures in Wonderland.” However, this game follows Alice Liddell, a girl who is constantly outshined by her sister. After being left sleeping alone while her sister wandered off to find a deck of cards, Alice is awoken by a rabbit who tells her to chase him. When she does not, he turns into a man, sweeps her up, throws her down a hole, proclaims his love for her, and proceeds to drug her. By drugging her, she is stuck in “Wonderland” until she completes the game, which she can only do by spending time in Wonderland. Unfortunately, Wonderland itself is in the midst of a civil war, so Alice must do everything she can to survive in the meantime. A multilayered, complex, and interesting alteration to the original story, Alice in the Country of Hearts was first released to PC in 2007. From there, it inspired two manga adaptations, multiple sequel video games, nine novels, and a film adaption entitled Alice in the Country of Hearts: Wonderful Wonder World.

Meiji Tokyo Renka was originally released as a mobile game in 2011, although it was later ported to PlayStation Portable in 2013. The game itself proved to be very popular, with over 300,000 people reported playing it. In fact, it was followed by three sequel games, a manga series, two light novels, two animated films, one live-action movie, two musicals, and a 12-episode anime series! Meiji Tokyo Renka follows Mei Ayazuki, a high school student who has an encounter with magician Charlie on the night of the crimson moon. She is transported back in time to the Meiji era (October 23, 1868, to July 30, 1912), where she encounters various historically relevant people who are having issues with spirits. Since Mei herself can interact with the spirits, she begins to help these people with their spiritual issues. However, she’s faced with the choice of whether or not to go back to her own time period when the next full moon comes.

While mainstream dating apps definitely have their appeal for finding a real-world partner, dating sims games are a great alternative for people who want to enjoy the excitement of a relationship without actually needing to deal with any of the real-world responsibilities. If your love life is non-existent, but you’d like to have a virtual one, sims games are a great way to enjoy dating without “actually” dating. Even if you already have a boyfriend/girlfriend, we highly recommend you check out these three titles. If nothing else, you’re sure to have a great time trying to get ahead romantically in the virtual world. Happy gaming!

Do You Really Need Expense Management Software? 7 Reasons to Get one Now

You Can Play Classic Card Games Online Easily in 2022

Top 20 Apps that Pay You to Play Games