According to recent researches, the future workforce is most likely to be sourced from cobots. But what exactly are cobots and how do dependable are they when used as a source of a workforce? This article delves into finer details that will give you a clear understanding of everything to do with cobots.

For a long time through the past, robots have been seen as a replacement for the human workforce. Then came cobots also known as collaborative robots; the game changers. As suggested in the name, collaborative robots work by collaborating with another party to produce an item or to complete a task.The ‘other party’ in this case is not another robot but a human being. During their design, collaborative robots are programmed in a special manner which enables themto know that they are supposed to work alongside humans and not to replace them.

The need to design and programmecobots in such a way that they can work alongside humans as co-workers was necessitated by the fact that there are some operations and production processes that can never be fully automated. It was also evident that assigning some tasks to robots and then caging them up when in need of human workforce was time-consuming and expensive for any business. As such, there was the need to come up with a robot that would work hand in hand with human employees such that the two complement each other and effectively quicken the production process.

Collaborative robots got a warm reception from many manufacturers who had been on a quest to enhance human workforce as opposed to doing away with it altogether.

There are four main types of cobots. Here is a detailed look at them:

Hand guided robots are more like the regular robots; the only difference is that they run according to the manipulation of the devices arm which is reactive to pressure. Ideally, the cobot runs according to the signal sent by the operator.Following the pressure that has been exerted, the cobot can identify when to grip an object, the speed at which it is supposed to move etc. While running on the human command, the chances of damage are greatly reduced and efficacy at production increased. 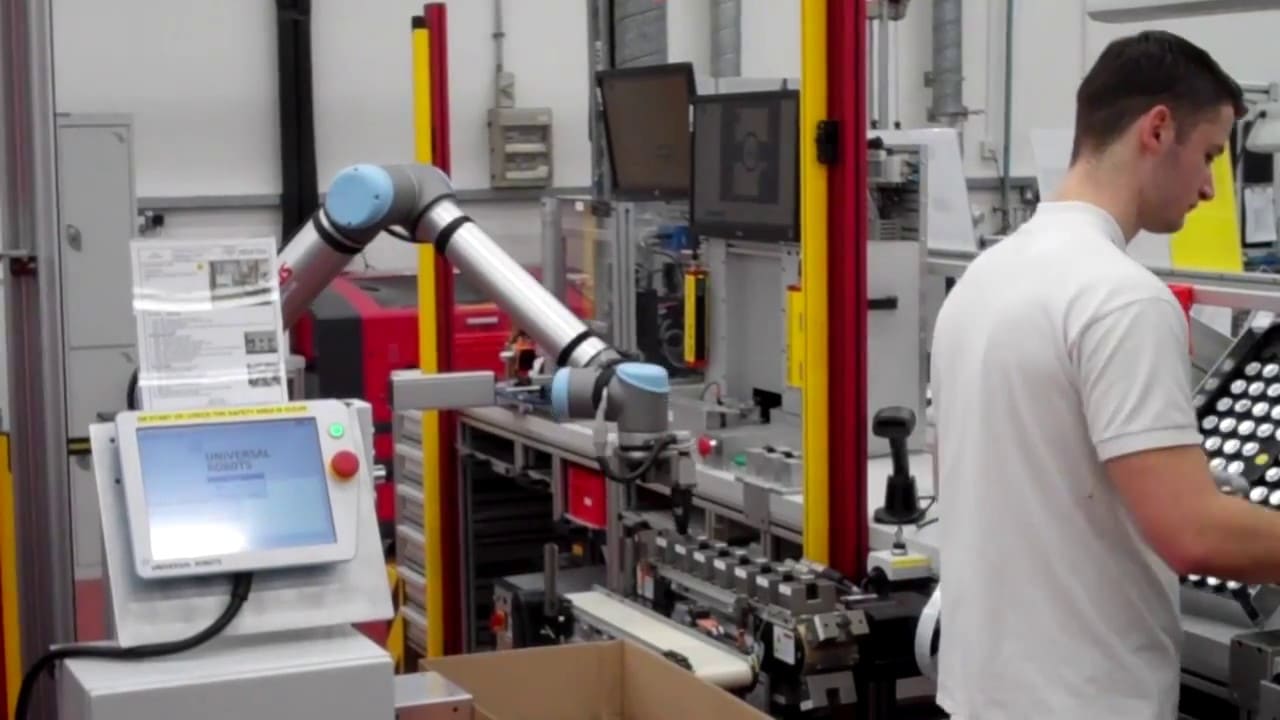 Using its properly fitted sensors, speed and separation cobots can detect when a human is in the same working environment as them. Supposing these type of cobots are at work and a human being enters the safety zone, the cobot will automatically slow down and use its visual sensors to detect the exact location of the person that has just entered the work environment. Speed and separation monitoring robots operate within a workspace that is predetermined and referred to as a safety zone.

This is the most common type of collaborative robots;it is probably due to the fact that they are user-friendly. Thanks to the special programming, these types of cobots are able to sense any unusual forces within the line of work. In case they feel that there is an abnormality in areas such as the joints or even an unusual touch, the cobots immediately stop all movements or even undo the most recent movement.  Power and force limiting cobots can run just safely without making any modifications, a fact that makes these types of cobots very good for humans. 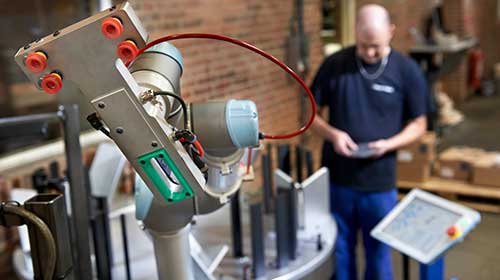 Safety monitored collaborative robots are designed to mostly work on their own. What makes them friendly for the human workforce is that whenever they need human assistance or an operator to assist, then they can easily sense their presence and immediately bring all movements to a stop. The operator can then sort out the issue at hand but the cobot will only resume its motion when the human co-worker has left the safety zone, and even then, it will wait for a signal in order to resume motion.

Improve the efficacy of your work using Universal robots cobots. We have launched a number of cobots all aimed at making work easier for both the manufacturing and logistics companies.