Home > Gadgets > Can I Finally Trade My Laptop for a Microsoft Surface?
Gadgets 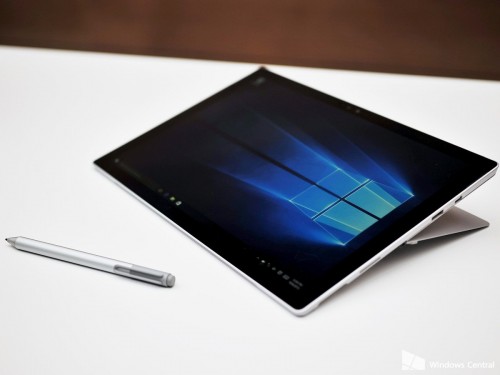 The original Microsoft Surface was designed as the first device with all the functionality of the laptop computer in the form factor of a tablet, but a few technical limitations kept it from serving its purpose as a total solution.

A few generations later, the Microsoft Surface Pro 4 is set to release to market with a host of upgrades from previous iterations, featuring a redesigned keyboard and updated interface. The Surface is much closer than ever before to being an ideal replacement for a traditional laptop, but there are still a few considerations to take into account before deciding if this innovative hybrid device is for you. 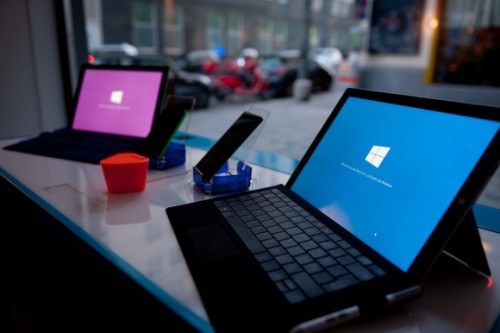 The Surface Pro 4 features a 12.3 inch Gorilla Glass high definition screen rated for 267 pixels per inch, and a microSD card slot that accommodates a 128GB storage card as well as a USB 3.0 port to allow connection of peripherals. There is also an extra USB charging socket mounted to the power adapter for an additional electronic device. The Surface Pro 4 features a 5MP front-facing camera for video calling, and a 8MP rear camera that can capture 1080p video.

The most obvious advantage of the Microsoft Surface over conventional computers is its highly streamlined design. At just 8.45mm in thickness and weighing approximately 800 grams depending on model, the Microsoft Surface is comparable to many full size tablets in size. However, its modern Intel desktop processors give it the speed and computing power of a much larger device. The newest model also enjoys another advantage over laptops in powerful personal assistant application Cortana, and you can pre-order the Microsoft Surface Pro 4 at Harvey Norman.

User input with the Microsoft Surface can be made using the standard touchscreen functionality, the Type Cover attachment, or the Surface Pen. The Surface Pen will be available with an array of interchangeable tips, including a realistic eraser opposite the input point, and the Pen attaches magnetically to the side of the device for convenient storage.

While the Microsoft Surface Pro 4 is the most dynamic and capable device in the lineup so far, there are a few drawbacks that keep it from standing as a universal solution. The redesigned Type Cover, although it allows for much smoother input than previous generations, is not included with the base unit and users may find heavy typing difficult or impossible without it. Another less positive facet of the Surface is its battery life, which is rated for just 7 hours of active time.

The Microsoft Surface Pro 4 can make an excellent laptop alternative for many users, but a few aspects of its design mean it’s not the right choice for everyone in the market for a new computer. Nevertheless, the latest version of Microsoft’s flagship hybrid device has more to offer casual users and tablet enthusiasts than ever before.

Admin and Organization: Key Elements to Have in Place Before Starting as a Freelancer

Tech Care of Your Health the Right Way: Smart Gadgets and COVID 19