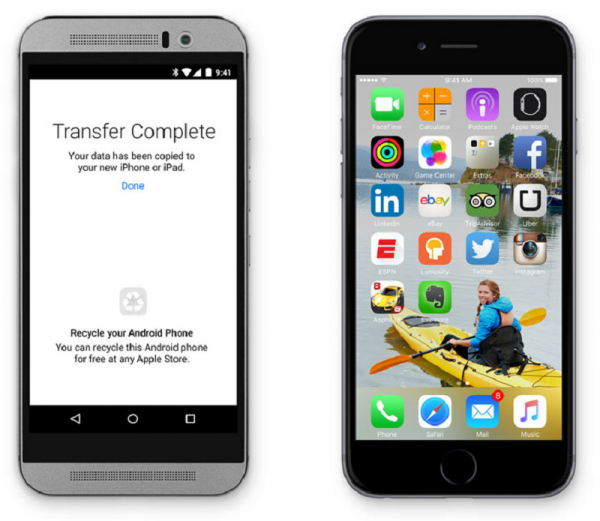 Apple or Android? It’s a rivalry that has been years in the making, and each camp can claim a dedicated nation of followers. Apple’s fans may be more vocal, and may receive the lion’s share of international attention whenever the company releases a new product, app, or software upgrade, but Android’s followers are no less dedicated (even if they are a bit more circumspect). Naturally, both sides would like to convert the other, and while the rivalry may be friendly (for the most part) it is no less real. Enter ‘Move to iOS’, a new Android app created by Apple. Yes, you read that right, an Android app created by Apple and designed to make it easier for Android fans to make the move to a shiny new Apple iPhone.

Tempted by the Apple

Apple’s Move to iOS app is available through both the Google Play and Apple App stores. The app makes it easy for users to transfer their data from any Android device, running KitKat 4.0 or above, to a new Apple iPhone. Using the app, Android fans (or former fans, I suppose) can move photos and videos, messages and contacts, account details, internet bookmarks and DRM-free media to their new Apple iPhone. ‘Move to iOS’ will even scan the user’s phone, catalog the installed apps, and make suggestions for compatible replacement apps that can be downloaded from the iTunes and the Apple App Store. Adding insult to injury, the app even offers suggestions on how to dispose of the unwanted Android smartphone, preferably by recycling it at a local Apple Store.

Of course, rivalries being what they are, there had to be the inevitable Android backlash. It didn’t take long for Android fans to take exception with Apple’s bold-faced attempt to lure them to the dark side. Reviews quickly began pouring into the Google Play store, earning the ‘Move to iOS’ app a lowly 1.8 out of 5, a rating seemingly bolstered by the less ardent members of the Android fan club. But the online reviews made it clear that Android fans were having non of Apple’s shenanigans. “This is beyond low,” wrote one reviewer. While another was rather more expansive in their opinion, writing “This is a time travel app. Ever wish you could go back in time? Well now you can! Experience all features you have had for years all over again, but this time in slow, drawn out increments.”

Not content with merely leaving scathing reviews, the outraged took to social media (where all of our most important battles are waged). Aside from expressions of general distaste for Apple’s apparent high-handedness, a number of Twitter users wondered if Apple would be willing to offer a ‘Move to Android’ app in their own store – the general consensus being that it seemed extremely unlikely. Still, it was a question Apple should have been expecting. 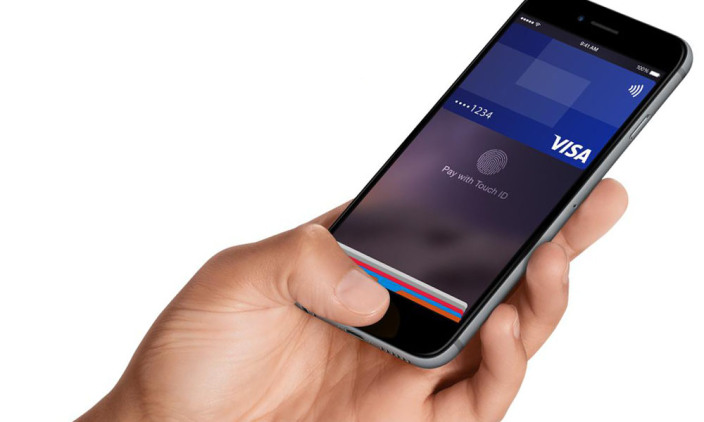 On the Positive Side

It wasn’t all bad news for Apple’s seductive little app. Some users genuinely seemed to find the app useful, with one reviewer actually praising the app as “pretty neat”. Meager praise, perhaps, but despite the online rumblings clearly some users are downloading the app and making the transition to an Apple device. It may not be the vast numbers the tech giant had hoped, but any migration could be seen as a measure of success. Particularly, with such a long standing rivalry as exists between Apple and Android.

The ‘Move to iOS’ app is the first piece of software Apple has released for Android, and it is expected to be followed by an Android compatible music streaming service later this year. While Apple is arguably the most recognized name in mobile tech, especially with the introduction of Apple Pay, it is no secret they are always looking for new ways to expand their share of the market. Luring Android users into the Apple stable through an easy to use app is just one ploy in a heavy arsenal. Android fans are as loyal and dedicated as their Apple opposites, and it will take much more than a few apps to seduce them into joining what many of them see as ‘the enemy’.

3 Ways to Make the Most of Your Internet Connection

Use Integrated Marketing to Craft a Cohesive Brand Identity

How To Backup Your Old iPhone Before Upgrading