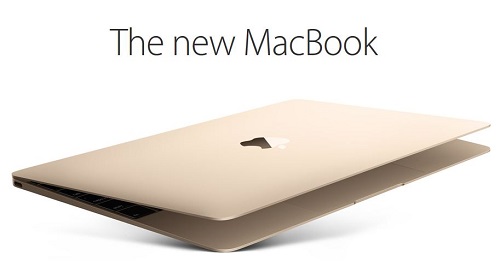 While the global laptop sale statistics seems to be in a decline, it looks like Apple is the only company to be making some profit from their laptop lineup. Its mainly because that Apple’s MacBook series of laptops scream quality in built, performance and software experience as well.

If you are thinking on which MacBook should you upgrade to after you sell your MacBook, then you should be looking nowhere other than the All New Apple MacBook 2015.

The new MacBook is built unique from the rest of the current MacBook lineup from ground up, and can be technically considered as a fashion statement more than a power machine for the price at which it sells.

The new MacBook features the thinnest Retina Display to be featured in any of the current MacBook models, an USB Type-C port, also has a fanless cooling design and a completely redesigned keyboard and track pad layout as well.

The design statement of the all new MacBook 2015 is pretty unique. Its the thinnest of all the MacBook models of the past, and is also about 24% thinner when compared to the 11 inch current gen MacBook Air. 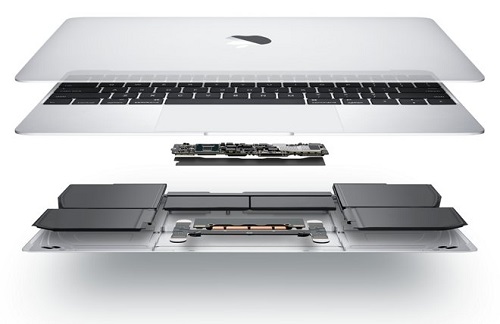 The keyboard of the all new MacBook 2015 is based on what Apple calls the Butterfly Mechanism, which according to the developers, helps in improving typing accuracy. Even though the keyboard is fitted to a smaller area than other traditional keyboard layouts, the individual key buttons are somewhat bigger than what we have seen in other recent MacBooks. Moreover, Apple has also shown some love by adding back lighting to the keys.

Apple has also introduced an all new “Force Touch” trackpad technology with the all new MacBook 2015. Basically, whats new with this Force Touch trackpad is that, it allows you to perform different functions depending on how hard you press on the trackpad.

The all new MacBook 2015 has an USB Type-C port, which is surely going to be the next industry standard pretty soon. However, the only disadvantage, according to some, of the all new MacBook 2015 is that it only features a single USB Type-C port, with which you will have to perform all tasks such as charging your MacBook, connecting your devices etc.

Performance lovers were kind of disappointed with the 1.1 GHz Intel Core M processor used in the all new MacBook. However, the all new MacBook 2015 is not at all a slouch when it comes to performance. You should be able to comfortably complete all your daily tasks.

Starting Your First Business? Are You Ready?

Playing Video Games Can Have A Small But Positive Impact On Child Development, A Study By Oxford University Suggests

A Business Office: Top Tools, Equipment And Features Your Workspace Will Need

10 Tips To Get More Out Of Your Mac