If you have a device running on Android, you’ve probably heard of rooting. A long time ago rooting was the only cure to increase the speed of Android OS. Software that caused devices to slow down or act up was rather a common thing than an exception. That all made the user experience awful. But proficient users found a wangle – rooting.

Rooting is the process of obtaining admin or superuser rights to the OS. It allows omitting all the restrictions placed by manufacturers or carriers. Android has several restrictions towards what you can do as an owner. As an average user, you are allowed to install and use particular apps apart from those requiring root access, update the OS, etc.

But the OS doesn’t let you manage internal storage or alternate the settings. And root is also a user, but a super one.

The difference is that a root user can do anything to any file on any place in the system. This also includes the possibility to delete manufacturer’s crapware, speed up a processor, install custom ROMs, etc. Putting it briefly, with root access, you can сhange all but anything. Want to find out more about rooting benefits? Check out Safe Root for more information.

How Does Rooting Work?

When you are gaining root access to your Android, you add the function of editing that once was removed. You place a file called Switch User to the system to empower a superuser to tailor the system according to the needs and requirements. It’s a Switch User that allows you to run a file without any other parameters. A Switch User changes the credentials and permissions from a standard user to those of a superuser.

Having rooted an Android device, you control it all the way from A to Z. Now you can remove any pre-installed program and access all the hidden function you’ve ever thought of. Of course, it’s a lucrative option that you shouldn’t miss out. But there is a couple of things you should consider before rooting Android.

Should I Buy Into Rooting?

Yes. No. Maybe. All three answers happen to exist. There is a wide range of reasons why people root their Android devices. Some do this just to take everything out of the device’s potential. And others root devices to use more powerful apps available for root-only devices.

Before rooting your device, you should take into account that it changes everything starting from security settings. As soon as you root your device, you’ll be the only responsible person for the security and integrity of the OS. For sure, admin permissions weren’t included in the OS on purpose.

With root access, you get a higher level of responsibility for everything that might happen to your device. Thus rooting isn’t a solution for everyone. In case, you don’t know how to root an Android device; you can always rely on the experts. 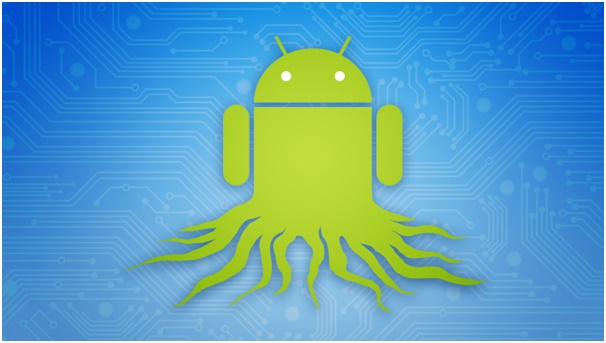 It’s ok to ask for some help, and rooting isn’t an exception. Moreover, rooting may void the manufacturer’s warranty. And if your device is broken, you’ll have to repair it on your own dime and time.

Getting Ready for Rooting

Though rooting isn’t too complicated, and there is a couple of things to do before rooting. Firstly, you have to check whether your need to install Android SDK or open the access to the bootloader. This sounds a little bit scary, but it’s not difficult to find out how to install them.

How to Root Android?

The process of rooting greatly depends on which Android device you have. There are around 12k of Android models with official access to the Google Play Store. But no one knows the exact number of Android devices. Before rooting check if your device can be rooted. For example, there are low chances if any to root the BlackBerry KEYNote One.

And if you want to uncover the hidden potential of your Android device, pay your attention at Nexus or Pixel. These manufacturers don’t impose harsh restrictions on the root access. Moreover, while unlocking the bootloader of Nexus or Pixel, you aren’t breaking any warranties placed by Google. As Google realizes how many benefits rooting can bring to an Android user.

Let’s move closer towards rooting. There are several ways to get admin access – you can do it via any rooting software, or you can rely on rooting experts. In case, you aren’t sure if you do it on your own, it’s better to contact specialists in order not to brick your device.

Mia Johnson is a technical copywriter covering technical aspects of the IT world in plain English. With over 500 articles, Mia can help you root your device as well. Have any difficulties with rooting? Contact SafeRoot for help.