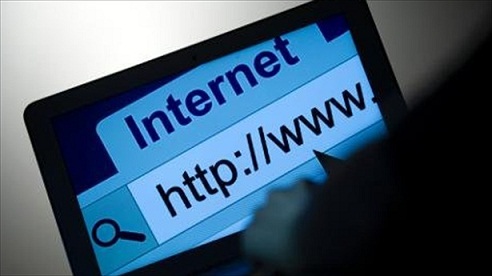 Several decades ago the term ”Internet” otherwise known as the ”World Wide Web” was unfamiliar to the global masses. Nobody knew anything about it or what it entailed. However, with the introduction of computers way back in the 1950s, the internet concept became a familiar subject. Currently, billions of individuals from all corners of the globe now use this technology on a daily basis. It has become a necessity – and it has arguably made the world smaller. With the internet connecting these people together, the world has become a global marketplace. So, where exactly did the internet originate from? This article will help you understand where we have come from and where we are headed in as far as the internet is concerned.

What is the Internet?

In simple terms, the World Wide Web is a worldwide system comprising interconnected computers that share IP set of network protocols to connect people. The internet is used to serve billions of people in the universe as a global data communication network. The fact that the internet is decentralized means that no one can claim ownership of the same hence the reason as to why there is no central governing authority for the internet.

Understanding the Origin of the Internet

The internet is a creation of the US Department of Defence. In the 1960s, the US Department of Defence funded a research dubbed as ARPANET which would later on be identified as the first network to have ever used the internet protocol. After its creation, ARPANET only connected five sites: UC Santa Barbara, Stanford, University of Utah, BBN and UCLA. Later on in 1984, ARPANET was renamed the internet. By this time, it was able to link about 1,000 hosts.

Ever since, the internet has gone through a lot of transformations from the creation of Archie Search Engine (the first ever search engine) in 1990 by Mc Gill University to thestandardization of wireless technology in 1999. The number of computers currently connected to the internet is jaw dropping while the number of users has also grown exponentially to an extent that people are now trying to switch to unlimited internet to get the most out of the internet. In case you are looking for reliable unlimited ISP, you can’t go wrong with iiNet unlimited broadband.

The Impact of the Internet

The way the internet has influenced society as a whole is difficult to comprehend. It has completely revolutionized the way people interact with each other and it has changed the way people communicate. The internet has brought convenience to some aspects of our modern life which indeed has transformed the way people live. As we speak, almost everything can be done via the internet. You can order food, buy goods, share media files and even attend meetings via the amazing World Wide Web.

OLX.in Review: A Revolutionary Force in the World of Trading

Simple Ways To Get Noticed Online

Can The Internet Continue To Grow At The Same Rate?

What Does Facebook’s Recent Data Breach Mean For Average Users?

What To Expect From Hughesnet Bundles?