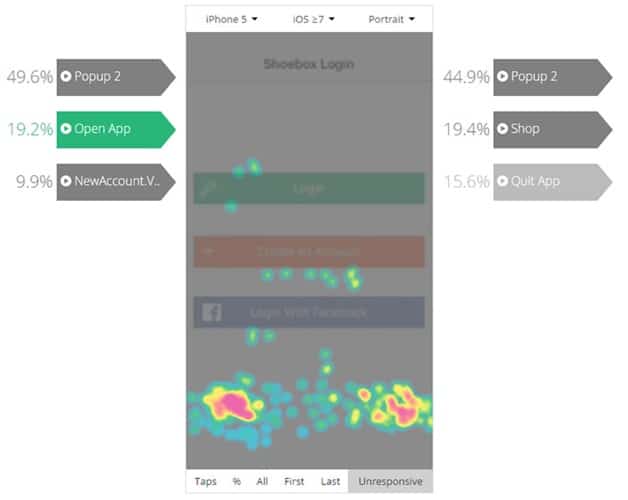 Number of app downloads is no more the relevant criteria to define success rate of an app. Despite offering the best to the targeted persona from their end, app stakeholders are unable to hold on to the potential users.

The gap between app acquisition and retention lies in communication with end-users. Understanding what users are expecting from an app, what technical or UX related constraints are they confronting while operating the app is important to make them feel connected with the app.

To ensure app success in post-deployment phase, it is important that a mobile app development service and the stakeholders communicate about metrics that can improve user engagement with the app, its performance, and ultimately the retention rate.

Keeping a tab on mobile app metrics in pre and post deployment phase ascertains that the app is set out to meet user expectations. Here is how analyzing the behavioural metrics of the app can help in improved user retention and experience.

Behavioural Analytics of an App

No matter how technically strong an app is, it won’t render the expected results to the users unless it offers seamless usability. For this, it is essential to understand how users engage with an app. To determine this, these four factors must be analyzed:

Every time a user tap, swipe, or pinch on the app screen, an insightful information is released to the app manager, giving a hint about how users engage with the app. Visual heat maps shows the areas of app screen where users concentrate the most or the least.

While heat maps are primarily used to uncover the app areas where users have maximum interaction; however, it also provide insight into the usability of an app that may not be obvious. For example: If a user continuously taps on an image, it means that he is confusing an image for a clickable link. Other details that can be gathered includes:

Such insights help to make the UI design better and reduce user frustration while navigating through the app. A number of app analytics tools offer session recording and playback to view specific instances of user interaction that ultimately destroy user experience with an app.

An example of unresponsive gesture occurrences at the bottom of a ‘Login’ screen.

In context of mobile apps, cohort refers to the group of users that completed a set of actions within a definite time interval. Cohort analysis of mobile apps offer details about a user profile that further helps to identify user persona and drive segmentation for more targeted app experiences.

There are other metrics to filter app cohort, such as customer segment, geographic location, or marketing campaigns. By doing a comparison of cohort activities and behaviour differences, app managers can define the drivers of app adoption, engagement, usage so that the can be refined with better features and functionalities for better retention rate.

How often does the user return to your app? Analyzing the number of times a user comes back to an app in a day, week, or month gives an estimate of retention rate an app. Such analysis gives an estimate of user engagement pattern with the app, which can be further utilized in cohort analysis for identification of group users who started using the app at the same time but have difference in how they continue with it. By analyzing usage tendencies over a specific time period — whether a week, a month, or several months — app managers can address poor adoption more effectively and report behaviors that may lead to user churn.

Every app has a series of goals. For a productivity management app, functionalities like task creation, updation, add members, document sharing etc. should be performed seamlessly. Once the funnel has been established, the enterprise will begin to see exactly how many users are converting on these goals — providing insight about which part of its app will need to be optimized to improve conversions.

Behavioral analytics (such as funnel and cohort analysis) can obviously improve app engagement and segmentation for B2C apps, but are also compelling tools for B2E apps. IMobile app analytics tools that lock the performance and behavioural data of an app are its real drivers of improvement.

Mixpanel, Localytics, Countly are some of the popular app analytics tools on the market. When choosing a mobile app development company, make sure that they analyze your business goals and track app metrics that can add value to the user experience and the ROI.

How To Use Wondershare Filmora Video Editor

FOLX: The Downloader For MAC You Need

Top 3 Casino Apps Available Without Purchasing On The App Store