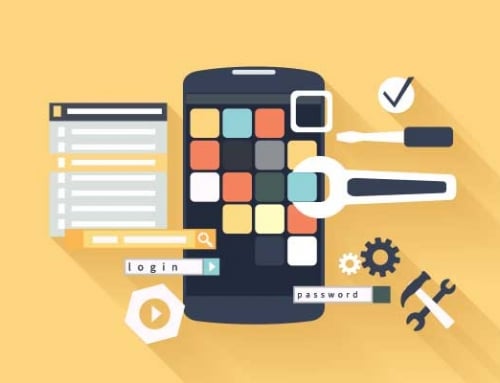 The global app market almost reached the $80 billion mark in 2017. That makes it natural to consider creating your own app. Nor would you be alone. The Apple App Store contains more than two million apps, while the Google Play store has at least that many, though there is some overlap. However, if you make mistakes during the app development process, your customers will quickly switch to their many alternatives. Here are seven mobile app development mistakes you should avoid at all costs.

Trying to Do Too Much

A common mistake during app development is trying to cram all the functionality of a website into the app. Mobile apps should instead be lean and mean, designed to allow users to accomplish just a few key tasks as seamlessly as possible. In fact, if your app makes it much easier to do something with only a few touches of a button, that’s a reason to install it.

Ignoring the Needs of Your Audience

Don’t overlook the customer and the overall user experience when you’re developing an app. The best user case is letting people do things through the app that wouldn’t work with a mobile browser but would need to be done away from a PC. It needs to be something that the customer would want or need to do, whether it is ordering a meal before they approach the restaurant counter or accessing deals while they’re shopping. Survey your audience to understand what they want to do on mobile and what will drive them to use your app over the competition.

A related mistake is failing to do one’s research before developing the app. Why are you creating an app? How do you expect to monetise the app and recoup the investment? Who is your target audience? Know from the start what value the app provides to both potential users and your organisation before you start building it.

We’ve already mentioned that success is not the installation of the app but choosing to keep it. Yet too many businesses focus on downloads of the app over retention of customers. Regardless of the problem, if it isn’t addressed, downloads will drop off as negative reviews pile up. Do not ignore negative feedback. Long reviews with lots of information are the most valuable feedback you can receive. Bring in analytics to understand who is installing and retaining the app; then you can decide whether to market more heavily to this group or alter the app. 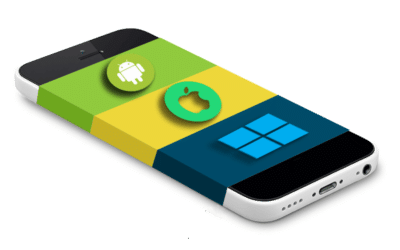 Trying to Do It All

We’ve mentioned that there is an overlap between the two major app stores, where you can find many of the same apps. However, it is a mistake to try to develop it on every platform available at the very start. Instead, develop the app for a single platform first. You’ll learn a lot from user behaviour after it is rolled out. Accept that it will go through several revisions before you have a final, stable version. Once you have that stable version, you can consider deploying this app to other app stores, but only after you’ve figured out what works.

Developing an app takes a lot of time and effort. Trying to take the easy way out will create, at best, a mediocre app. At worst, you’ll get a mess that no one wants to install on their phone. The easy route is sometimes the result of companies trying to develop apps in-house instead of hiring professionals to get a good app. Instead, consider hiring a mobile app developer or app development team to ensure that your company ends up with a polished, perfectly functioning app. If you’re struggling to find a reputable app developer, one to consider is Appetiser who have a portfolio of stunningly designed apps on their website, along with testimonials from the likes of The Salvation Army. You should opt for someone like this whose previous work is easily accessible and who have positive reviews from respected brands.

Not Testing the App Thoroughly

Given the sheer number of apps, your customers have plenty of choices. And you don’t win the competition when they install your app. If the app is difficult to use or conflicts with their phone’s operating system, they’ll remove it. Take the time to test the overall functionality of the app and making certain it works correctly on a variety of devices. Don’t forget to test the app with every update, too.

App development is at best a one-time expense. Marketing to build awareness of the app will probably be an ongoing expense. The app itself will need to be maintained as the operating systems of users’ phones evolve. Do not make the mistake of releasing an app you can’t upgrade. Ongoing content development may be necessary. However, you should never force app users to visit a webpage to access information, especially critical information about the app.

The success of an app depends on avoiding the mistakes that killed your competitor’s apps. Then your app at least has a chance in this crowded space.

How SEO Can Help Grow Your Home-Care Business

Reasons Why You Should Create Your Own App

Determining The True Value Of An Engaged Mobile App User