6 Ways You Can Get the Most Out of SharePoint 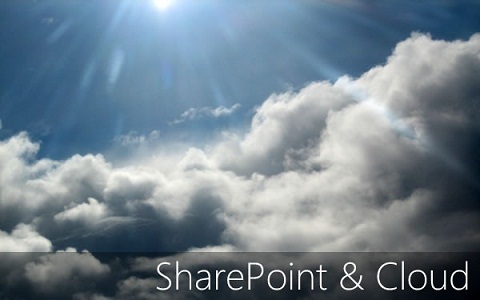 Microsoft Sharepoint, a web application platform was developed and launched by Microsoft in 2001. The very first version of Microsoft Sharepoint was associated with document management, content management and intranet. However the newer and more recent editions are not limited to these but extend to various purposes namely collaboration, business intelligence, intranet portals and enterprise search. Apart from this Sharepoint is equipped with numerous other capabilities such as workflow automation, process and system integration.

According to surveys, over 78 percent of Fortune 500 companies use Sharepoint but surprisingly despite widespread usage, surveys also report a dissatisfaction amongst users. According to a Forrester report, around 50 to 60 percent of Sharepoint users tend to dislike it.

One of the biggest reasons the product receives criticism despite possessing a large user base is its complexity to use. Sharepoint can be hard to use not only for normal employees but even for developers. But credit to Microsoft who has made efforts in trying to make Sharepoint more user-friendly over last couple of years. 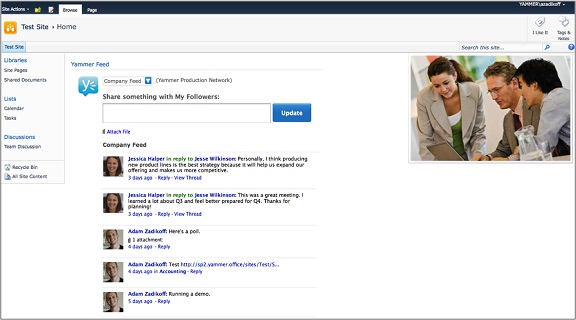 Sharepoint stands out due to one feature – its malleability and flexibility. Sharepoint can do a lot, it can act as a portal, a website CMS, a collaboration platform and much more than that. Now this can often lead to problems, why? Because Sharepoint just doesn’t work out of box, it needs to be shaped. Sharepoint can be said to be a collection of tools which can help businesses in executing a plan but there needs to be a plan first so how can you and your business get the most out of Sharepoint? Lets have a look at following key points:

Before businesses consider installing Sharepoint, they need to be wary of the obstacles they are likely to encounter. Businesses need to be prepared beforehand lest they can pay a hefty price later. Sharepoint works with a number of products such as SQL Databases, Windows, Active Directory so IT department of a company should ensure that any resources or equipments which are tangent to Sharepoint must work and operate correctly.

According to a survey from Forrester, as much as 39 percent of people who took part in the survey reported difficulties in positive deployment experience with the code and around 30 percent faced security and management problems.

But despite the challenges faced by businesses, Sharepoint is highly valuable largely due to the fact that it seemingly organizes and presents information in a way that aid to better employee productivity and enable them to be more collaborative so only companies and businesses who take the pain and sweat the details reap the rewards in the end.

Enterprise Social has been the latest buzzword past year or so and Microsoft has made its intentions clear in this regard. Microsoft acquired Yammer for $1.2 billion in 2012 and has integrated it into Sharepoint rendering Yammer as one of the industry leaders in this space. Rob Koplowitz, a Forrester analyst wrote that Yammer is set to become the front facing tool with Sharepoint handling backend document management. Although majority of businesses have not yet adopted Yammer due to them not being ready for enterprise social at the moment but this could change in future so its something to keep an eye on.

3) Understand that you Sharepoint can’t be used for everything

Sharepoint can do lots of stuffs but that does not mean all of its functions are useful for every customer. So businesses need to understand the Sharepoint’s limitations, understand where it struggles, where it excels and accordingly use it for their needs. For example, people have found Sharepoint as an excellent tool when it comes to contract management, HR portals, case management and public facing websites but it isn’t exactly an ideal inventory management tool.

Sharepoint comes with a number of in-built tools but some are not good enough or easy to use to meet all the needs. Case in point being Sharepoint’s built in analytics which although is not bad but doesn’t have enough features so third party Sharepoint web analytics tools such as Intlock can be taken into consideration. Intlock comes with a variety of features such as custom dashboards, audit reports, data aggregation and much more.

5) Sharepoint 2013 offers a variety of enhancement and upgrades

Microsoft is doing a good job of moving users to newest versions . Microsoft is offering a plethora of new enhancements and features that include HTML 5 support, support for 3rd party design softwares, push-notifications, SEO tags which won’t require coding expertise along with some other upgrades for mobile users and introduction of app marketplace. Besides Sharepoint 2013 can be used fully in the cloud which could be a big factor for some businesses.

Without a doubt, Sharepoint in cloud can lower infrastructure and IT costs largely but few businesses are still hesitant using cloud as they feel cloud can’t match security of their on premises servers.

Businesses who are ready to embrace the cloud will find Sharepoint Online much more suited and useful in keeping up with their goals and targets. Learn more about how to migrate SharePoint 2010 to SharePoint Online and benefits of SharePoint Migration.

Is Softonic Safe? We Analyze How Safe Download Software Portals Are

How Workflow Automation Is Saving Your Time

How Can Companies Benefit From Document Management Software?