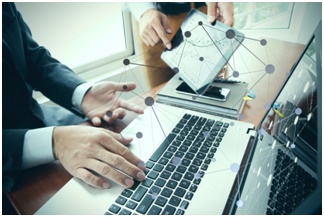 Thanks to technology, value-added reselling has dramatically reshaped much of the 21st century business landscape. As an idea, however, the idea isn’t actually particularly new. In many ways, business has always been about purchasing an existing product or material in bulk and improving upon it to offer more to consumers while making money. Ice cream adds value to milk. Fashion houses add value to fabric. Book publishers add value to paper. If your small business needs a few more moneymaking irons in the fire, becoming a VAR is a great way to pull that off. Here are five reasons your small business should go the VAR route.

1. It’s a Tried and True Model

Regardless of how your business currently makes money, if you’re within the realm of offering tech products and services at all, becoming a value-added reseller can make your business model more stable. Ever since the early days of the internet when AOL was king, value-added reselling was how the vast majority of consumers bought software and hardware.

Since those days, tech has exploded into nearly every facet of contemporary life, but consumers still prefer to buy their digital wares from businesses that have made using them straightforward and easy. So whether you choose to work as Cisco partners with a distributor to resell telecom to companies or you bundle accounting software for e-commerce stores, becoming a VAR is a tried and true model whose long history of success includes risks that are lower than other business endeavors often are. 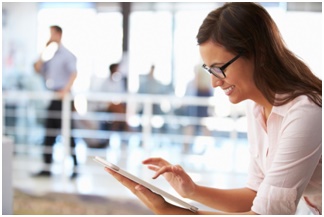 The most innovative tech companies in the world spend massive amounts of time and money on research and development. Technology is changing at an almost exponential rate, and for any one person or organization to meaningfully contribute to that rate of change, R&D is essential. For the VAR who wants to sell hardware, software, or cloud services to end users, this research and development race can be almost completely sidestepped. Instead of investing resources in inventing something your customer base wants to purchase, you can purchase what’s already been invested in and invented, add value to it, and turn around to sell it to the end user to make a profit.

In some ways, becoming a value-added reseller can be compared to becoming a franchisee of an established fast food restaurant like McDonald’s or Taco Bell. You not only get the benefit of others’ hard work and success over decades, but you also get the benefit of that company’s system of training and support—a feature that’s usually complimentary.

If you aren’t the type of small-business owner who gets excited about reinventing the wheel, these built-in helps make reselling a lot easier than starting from scratch. Sometimes, you’ll need to be certified, and if that’s the case, the company you’ve purchased from will also ensure you go the easiest route to achieving that piece of the VAR puzzle, too. Basically, because the company behind the products you’re reselling wants you to be successful, they’ll assist you in almost any way you need, leaving you to focus on marketing, moving products, and providing great customer service.

Value-added resellers don’t have to be locked into one particular product or service that they’ve spent years developing. Instead, a VAR can shape-shift as marketplace conditions change, wax, and wane.This remarkable independence also allows VARs to react more quickly to evolutions and revolutions in technology, so when something new and fabulous shows up, you can bundle it with the product you’re already selling, thereby ensuring that what you’re selling remains attractive to your customer base. Being a VAR lets you remain more nimble than many other types of businesses in a sometimes volatile business climate. It’s something from which nearly every small business could benefit.

Being a VAR allows you to focus on selling a great product rather than developing a great product. When you’re a small business, being able to streamline operations so the vast majority of your efforts are hyper-focused on generating leads and converting them is tantamount to being successful. Why engage in hustling for innovation when you can piggyback on and profit from the innovation provided by another? Also, why work to build brand recognition when youcan resell products that belong to a brand that’s already internationally recognized and respected?

There are many ways to succeed in 21st century business, but being a VAR is one of the most straightforward.

Top 5 Reasons To Use Templates Every Single Time You Can

How to Gain Success as an Entrepreneur

How To Know That Your Legacy System Needs Upgrading