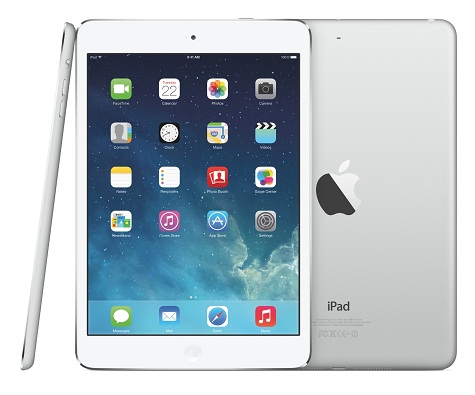 Apple is one of the most innovative companies making smartphones and tablet computers. With each new release, competitors try to introduce options that will steal a large portion of the market share. They’ve been somewhat successful, but unable to dethrone Apple. Check out these 5 reasons why the iPad Air might be the best tablet for you.

1. Use Your iPad Air as a Second Monitor

Multitaskers who add second monitors to their desktops often become more productive and efficient. Not many people want to spend money on second monitors, though. Even fewer want to purchase large screens, which often cost quite a bit of money.

If you already own an iPad Air, though, you can start using it as a second screen immediately by downloading the Air Display app from Avatron. The app allows your iPad Air to display information from your laptop or desktop computer. You don’t even need new cables. The app lets iPad Air communicate with computers wirelessly. That means more screen space and less clutter on your desk.

The iPad Air only weighs 469 grams, which is just a tad over one pound. Apple designed the tablet so efficiently that users get an extremely lightweight device that’s still easy to use. It measures 240 mm (9.4 inches) high by 169.5 mm (6.67 inches) wide by 7.5 mm (.3 inches) deep. That’s big enough to watch movies, play games, and work.

Apple also designed the iPad Air so that it fits comfortably in the user’s hand without causing fatigue. It isn’t as light as, for instance, an iPad Mini, but it has improved weight distribution that makes it feel lighter after hours of use.

3. It Includes a Wealth of Free Apps

Apple includes so many free apps with the iPad Air that you might need a 32, 64, or 128GB version just to hold them all. Some of the apps that Apple hasn’t given away with earlier tablets include:

Apple and other app developers continue to release free options for iPad Air owners. If you need an app to perform a specific task, there’s a good chance that you can find a free or low-cost version for the iPad Air.

4. Prices Will Likely Fall in the Near Future

Apple has a reputation for selling its products at premium rates. The iPad Air, however, has a competitive price comparable to other tablets manufactured around the same time. It surprised a lot of people who never thought they’d purchase an Apple tablet over Android devices.

The good news is that the first generation iPad Air will probably get even more affordable as Apple plans to release its iPad Air 2 in November. The iPad Air 2 will have some improvements over the original (including a better camera and faster processor), but most users won’t notice a huge difference between the two.

When it comes down to comparing prices and features, plenty of consumers will opt for the first generation iPad Air if it means saving some money. Historically, Apple has lowered prices of older generation devices once they release new models. You can expect that to happen again this fall.

5. iPad Air Uses One of the Best Mobile Operating Systems

If you get an iPad Air now, your system will immediately update to a more stable version. Perhaps even more exciting is that you can soon upgrade to iOS 8, for free. It’s almost like having an iPad Air 2 without paying the higher price.

Does the iPad Air sound like a good fit for you? Which features excite you most?

A Guide to Software Escrow