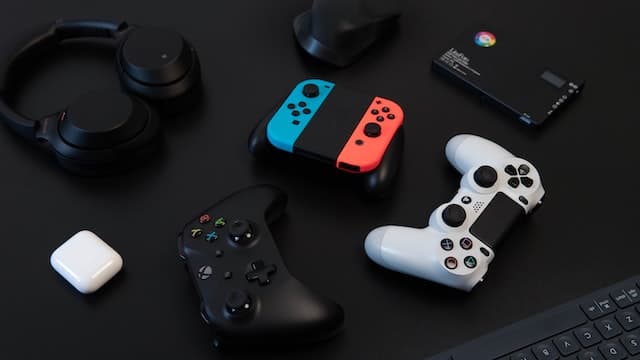 You can bet that 2023 is going to be another exciting year in the US gaming industry. It is not one that has the intention of ever just standing still. More progress will be made in the coming year in the US and the odds are that the trends we see will be hugely exciting. Together with the New Jersey Bet we prepared the top five gaming trends that we can expect to see in 2023.

Millions of dollars are going to be spent on the metaverse. Virtual reality has already been making strides but that’s going to increase in 2023. If companies want to continue their level of success then they have to invest in the metaverse.

It may be a bit of a gamble but if the new gaming technology that is being developed is a success, then huge profits will follow. The metaverse will see new ways in which we play everything from slots to video games. They already have great graphics, it’s a sure bet that playing such games while wearing a virtual reality helmet, they will be even more spectacular. More Respect for Music in the gaming industry

How much attention do you play to the music that accompanies your favorite games or slots? Sometimes the soundtrack is so repetitive and annoying, you quickly reach for the mute button. For others, it totally adds to the enjoyment of playing the game, even if you can’t get the tune out of your head.

There is a growing respect for video game/slots soundtracks. In the UK, there was a Gaming Prom held at the Royal Albert Hall in London. 2023 will see recognition for those who create the soundtracks. The Grammy Awards will have a new category with a treasured trophy being given to the winner of the best soundtrack from a video game release. Who will you be betting on to be the first recipient?

We are used to the top companies releasing one successful video game after another. They make massive profits and the odds on their games being flops aren’t that high. However, just as is the case in the movie industry, there are smaller indie developers who are also having success. That is a trend which is likely to continue in 2023.

They prove that success can be achieved even without a publisher. Just like indie movies, they are a worthy addition to the gaming industry. New ideas are often the name of the game and whether it’s Minecraft, Hollow Knight or Cuphead, they all add something new to the industry.

Also, look for further growth for Roblox. This online gaming platform and game creation system has proved extremely popular. With users able to create their own games, which can then be played by others on the site, it looks like continuing to be successful in 2023.

Back to the past

The gaming industry is full of games that become so successful, they become a franchise. Go to a gaming shop or an online casino and you will see games that have an ever-increasing number as part of their main title.

There are also remakes and we are likely to see more of these in 2023. Companies know that there has been success first time, so bringing a game such as Crash Bandicoot and Final Fantasy VII up to date have seen them again been hugely successful. Remakes don’t always prove to be hits in the movie industry but when it comes to video games, the odds are you’re on a winner Slot games are also likely to see more old games being revamped. The Megaways feature is being added to an increasing number of games from the past and those playing at online casinos are enjoying playing them.

One problem that gamers have is keeping up with all the new technology. You know what the situation is like, a new piece of hardware or an upgrade comes along and you can bet they just have to be purchased. Buying new consoles can be expensive of course and it’s money that could perhaps be spent in other ways.

Signing up with a cloud-based subscription service is another trend that is likely to be increasingly popular in the new year. Google, Amazon, Sony and Microsoft have already entered the market and more may follow.

With cloud gaming, you can go out and get a smart TV, Chromecast or FireTV. Once you have connected to the cloud, then a great time lies ahead.

2023 promises to be another exciting year. When isn’t a year one that is full of progress, new products and much more. There will be new games to play, new ways in which to play them and the return of some older games with a new look.

What Are The Advantages Of Playing Blackjack With Cryptocurrencies?

How Virtual Reality Could Shape The Gambling Industry in 2021

Can Digital Apps and Games Enhance an Early Mathematics Curriculum?