5 Advantages of Using Sigma Rules Within Your Cybersecurity Arsenal

Most alerts won’t escalate into successful hacking attempts, but they might result in overlooked threats that can lead threat actors directly into the organization.

To manage their security, teams have been writing rules to automate responses to known and low-level vulnerabilities.

What Are Sigma Rules, Exactly?

Sigma rules refer to a set of written rules that flag possible cyber threats. SOC teams write guidelines in YAML — data language that can be read by humans.

Textual signatures aid security professionals to discover any unauthorized activity and anomalies when it comes to logs. They’re run on the cyber tools you have and detect unwanted events based on the pre-written rules.

Writing rules have an important role in automating parts of the security and calibrating the solutions for incident response with greater accuracy. 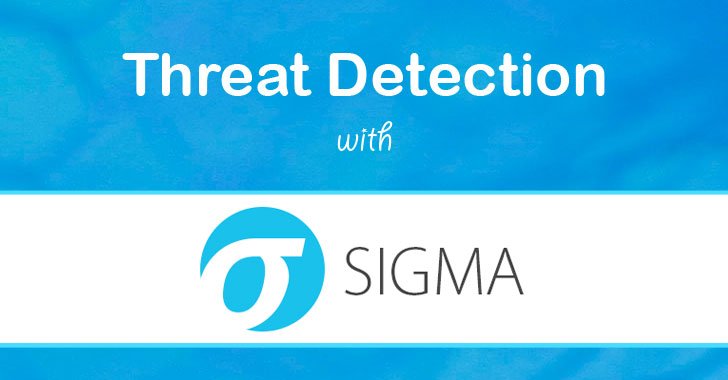 Here are five ways sigma rules can decrease the workload from the SOC teams and lead to a more secure organization with a smoother workflow.

1. Can Be Used Across Versatile Platforms

Once written, sigma rules can be used across various SIEM products.

Regardless of the security management technology that your teams use to guard the company, they can script the rule once and apply it across any product.

Standardization means that IT teams will save time because they won’t have to rewrite or start over when employing the same rules to protect varied parts of the infrastructure.

Sigma rules are specifically useful for automating the response to specific incidents. In general, teams have to worry about low, mid-level, and high-level (advanced) threats.

While automation takes care of known and low-level threats, IT teams and cybersecurity analysts tackle advanced threats. Behind more sophisticated threats are humans, even hackers that have been observing the enterprise and seeking vulnerabilities for months.

Writing up rules in advance and automation frees up time for teams to dedicate more time to discovering and combating more complex threats.

3. Automation That Makes Sense For Organizations

Also, automation of response to similar risks can be vastly different from one company to another. In cybersecurity, context is essential. A low-risk threat for one company may translate to significant risk for another.

Sigma rules are unique for every company because each business has a versatile infrastructure that has to be guarded against attacks.

Adjusting the rules means that the tool is going to seek vulnerabilities that are likely to result in a major breach or compromised access to the organization.

The humans behind the automation of cybersecurity, SOC teams, are battling never-ending to-do lists.

Burnout, not enough opportunities for advancing in the field, and a high workload have already urged many professionals to leave the field of cybersecurity.

That has made it challenging to employ and retain the best talent. Existing teams are also frequently understaffed due to a shortage of cybersecurity professionals for higher positions.

They’re also the ones tasked with writing the sigma rules to aid them in separating critical flaws and high-risk threats or adding the pre-written rules that are essential for the company.

To save time and resources for SOC professionals, sigma rules:

Worst-case scenarios following the successful breach of a company include ransom and hackers leaking the sensitive data of employees and users.

Therefore, guarding sensitive information is a central task for the cybersecurity teams of any company.

Being Up-To-Date With Novel Threats

When writing the guidelines, SOC teams consult MITRE ATT&CK Framework to ensure that their rules make sense with the latest methods that hackers have used to breach similar systems.

One reason that SOC teams are overwhelmed has been the rise of cyberattacks and the increased number of possible vulnerabilities. Cybercriminals have become more accessible and more complex than ever before.

Hackers have been grouping together to attack enterprises and joined forces to attack systems with new and more sophisticated versions of known threats.

They are likely to go under the radar as traditional security can’t discover them with the tools that mitigate well-known incidents. As a result, security teams receive more alerts than ever before and might discard them as false positives or not get notifications at all.

Writing rules is an essential part of the cybersecurity hygiene that follows these steps:

This cycle of maintenance is continually repeated to ensure that any weaknesses and incidents are discovered early.

During every step of the maintenance of security, rules are added, removed, and tested to ensure that the current security posture is updated, strengthened, and prepared for a possible hacking attempt.

In a nutshell, sigma rules help overworked SOC teams keep their sanity with a better overview of the security and guidelines that defend the infrastructure based on the likely threats to the company.

The technology combats cybersecurity challenges such as an ever-changing attack surface that can shift in minutes and the rise of new hacking threats that professionals don’t yet anticipate.

Rules are essential because they aid teams in automating as much as they can and keep the systems alert and ready. In the meantime, cybersecurity professionals can focus on more complex tasks.

Are Passwords Really the Safest Way to Protect Your Data?

10 Steps to Take After a Ransomware Attack

5 Advantages of Using Sigma Rules Within Your Cybersecurity Arsenal

Tips for Avoiding the Common Technological Threats in Online Gaming